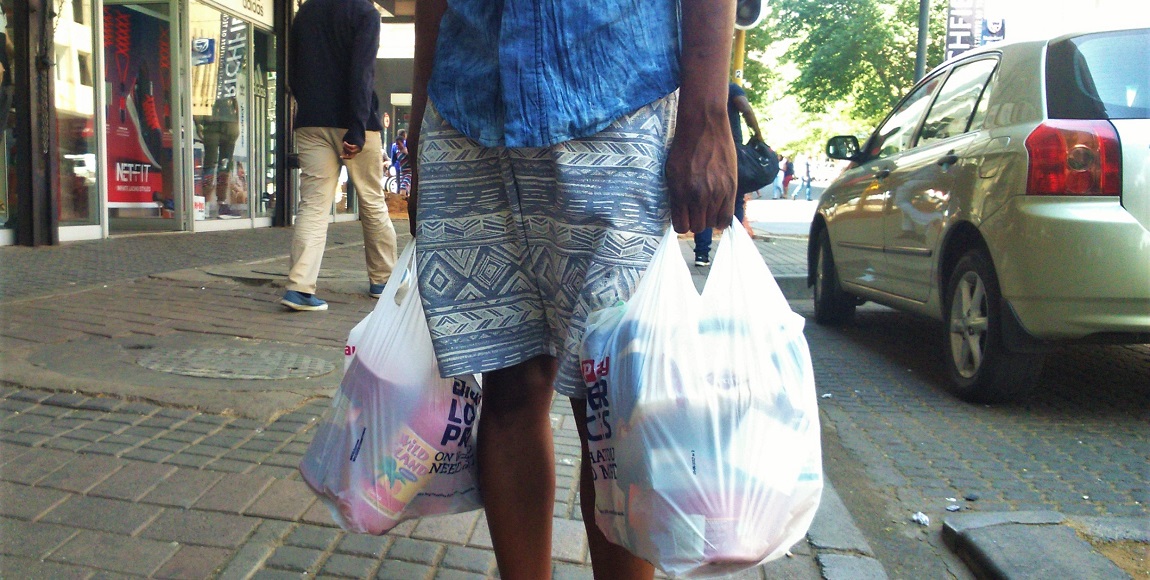 With the economy stalling, South Africans are changing the way they shop and spending. A recent report by the payment clearing company BankservAfrica, shows that in July, South Africans bought more often than they did the previous year but that they also spent less during transactions. The Daily Vox asked Joburgers about the their spending habits and the economy. Rinky Mtshali, 52, unemployed, Alexandra
I prefer buying a lot at once but itâ€™s the same if Iâ€™ve got R200 or R300. Iâ€™ll buy very few things and the change I get just isnâ€™t the same. You find that when you go in with R300 and you walk out with R5 change. It wasnâ€™t like this before. Youâ€™ll buy soap, maize meal, cooking oil, and then itâ€™s done. I canâ€™t afford to buy things aside from those. I used to earn R1 200 a month from Pikitup. That money wasnâ€™t enough. Iâ€™d have to pay for electricity, buy a 50kg [bag] of maize meal to feed my children. Iâ€™ll buy a small braai pack and some soap and then the money is done. Taxi fares have also gone up. I have to pay R7 now and I have to ask the driver to let me ride because I donâ€™t have an extra R2. Things are hard because prices are always increasing but the money we earn isnâ€™t.

According to Statistics South Africaâ€™s (StatsSA) consumer price index (CPI) figures for May 2017, the cost of food increased by 6.9% from 2016; transport increased by 5.2%. Valentia Selematseng, 22, chemical engineering student, Soweto
Every month I go to the shops and buy groceries, and I only buy clothes every once in awhile. Iâ€™ll only buy again if thereâ€™s a necessity I forgot to buy. Thereâ€™s a budget for everything and itâ€™s easy for me to stay within that budget. It just takes discipline. With a budget it works easier. I never used to shop like this before. When I used to go to the shops and saw something I liked, Iâ€™d just buy it. Money is tight now and things are expensive. Kolitsoe Nkoti, 26, unemployed, Alberton
What I usually do is go for the sales. Youâ€™ll find that margarine is less this week. Weâ€™ll purchase a lot of it so that we donâ€™t have to purchase later on. Whatever is on special that day weâ€™d double-up on it and then the rest weâ€™ll see as time goes on. I never used to spend like this before. It was never a problem. I aim for necessities but even when I go and purchase necessities, I donâ€™t get all the things I need because I canâ€™t afford them. We are suffering and struggling to survive. Itâ€™s scary for foreign investors to invest in our country. Even people within SA who have money sitting in the bank are afraid to invest in small businesses because small businesses are not thriving themselves. Thandinkosi Mabhena, 36, unemployed, Berea
I buy for R50 everyday. Itâ€™s no longer like before when I used to buy for a R1000 a month. Things are tougher. Food cost is higher and previously the salaries were better than nowadays. Before I could afford to just spend R1000 in one go on food. South Africaâ€™s economy is going down, thatâ€™s why [prices] are too high these days.

Trehrene said people are aware of the countryâ€™s bad economic performance and are changing the way they spend in response. â€œBecause people then know it is a recession, they start cutting back on big ticket spending,â€ he said. This meant less spending on luxuries like holidays or the latest gadgets, and putting off buying property.