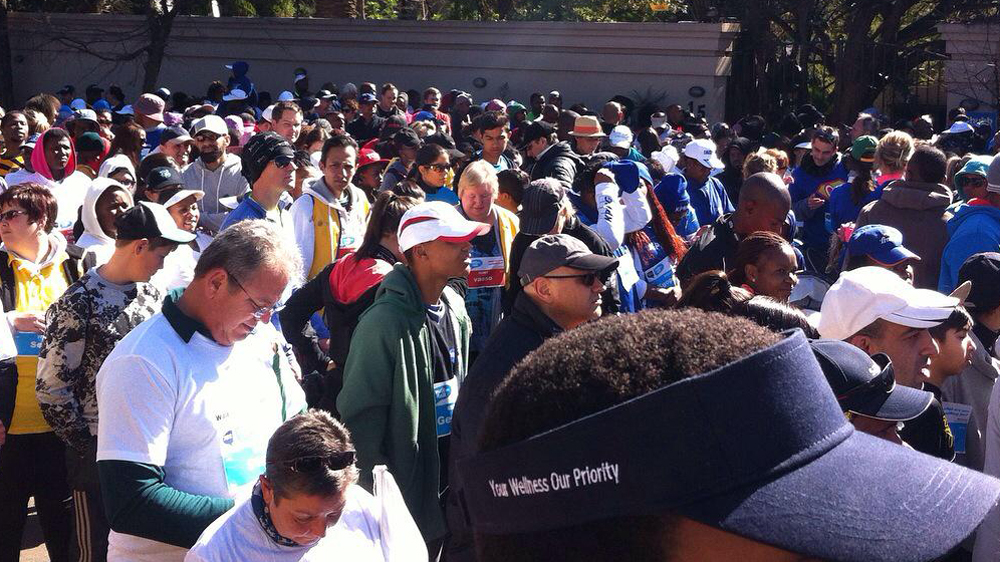 On Sunday, tens of thousands took to the streets of Jozi for the 702 Walk the Talk.Â  This yearÂ the event asked all entrants to walk for a cause, belief or charity.

But not everyone was thrilled with the event, that saw roads closed off, and all life, except those walking of course, reach a standstill.

Overview of road closures and walking routes around @CityofJoburgZA for the @Radio702 @WalkTheTalk_ #WTT2015 pic.twitter.com/qBopqtSTIw

Professor Steven Friedman, a public intellectual and one of our most astute political commentators, criticized the walk, saying it was an inconvenience to those were not participating in it.

“Besides the fact that people are being prevented from doing their work, am I the only one who thinks it is outrageous that a suburban radio station and its affluent listeners can take over the city in this way as if they owned it?” Full Post: This morning I had to cancel a commitment to a morning TV show because Radio 702’s walk is blocking off the streets in…

Friedman’s post drew a smack-load of response; some accused him of being petty for criticising an event that only takes place once a year. Others voiced their support for him, agreeing that a corporate had no business deciding on the fate of others, in a free country, be it for a day, or not.

What’s the verdict? Does Friedman have a point, or is he just being a grinch? Tell us.
Featured image:Â CandyCraftsDay