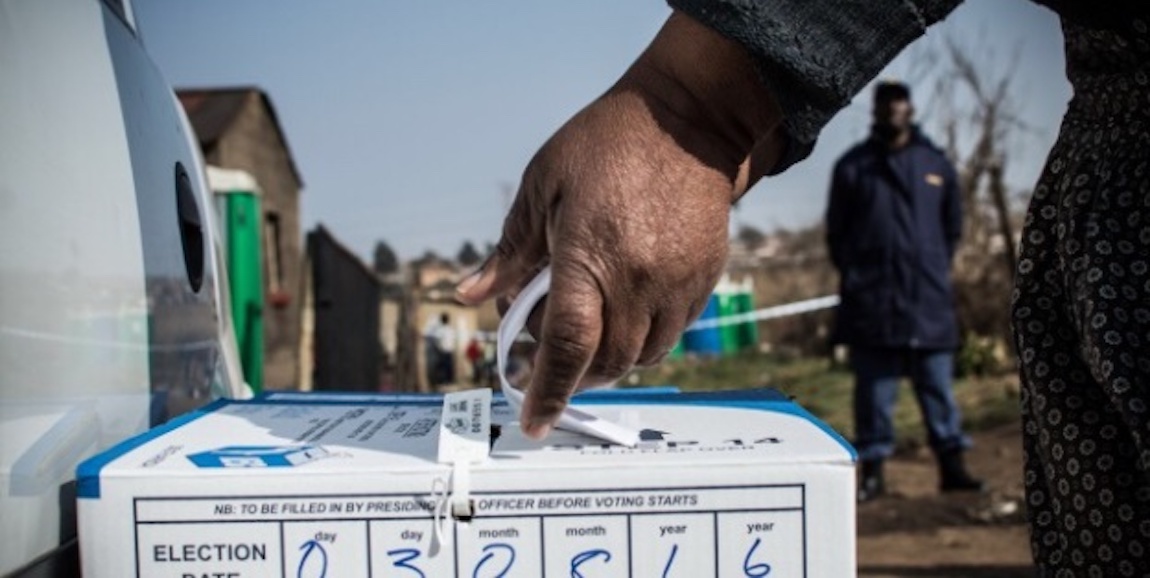 The voting age in South Africa is 18. But should pensioners be allowed to make decisions for people who will only come of age after they’re gone? This Youth Day, The Daily Vox asked young people what they thought.

Voter apathy and disillusionment with the democratic process is a growing concern for countries across the globe. Lowering the voting age to 16 could be one way to nurture more active citizens. But while some believe 16-year-olds shouldn’t be entrusted with the vote because they are not self-motivated and cannot think independently, others say lowering the voting age would strengthen the voice of the youth and increase voter participation.

Aphelele Nocanda, a 16-year-old from Mdantsane, says the voting age should be lowered. “Young people’s voices are important in South Africa, and our voices as 16-year-olds should also be seen as important. I mean, we can get to make IDs at the age of 16, then where is the problem in letting us vote?” he said.

Nocanda said lowering the voting age to 16 would allowÂ more young people to have a say in political issues. “Maybe if we voted then we would have less corruption and crime in the country,” he said.

Lutho Mkohlwa, a 15-year-old from East London agreed that if the voting age was brought down to 16, young people would get to make a difference in the country. “We are never heard by the ANC, and if there are a lot of us who vote against the party then there might be some change in South Africa,” she said.

In 2011, Calestous Juma, a professor of international development from Harvard University, called on African countries to lower their voting age to 16 as this would reflect the “youthful character of the continent”, But no countries have taken up the call.

A voting age of 16 is, however, not unusual. In Brazil, Ecuador, Nicaragua and most recently Argentina, people can vote from the age of 16. If the voting age was lowered here, it could bolster the voting roll substantially – over 4 million South Africans are aged between 15 and 19. But some experts believe lowering the voting age is inadvisable.

Kenneth Diole, a researcher at the Gordon Institute for Business Studies’ Youth Centre for Leadership, said a voting age of 18 was just fine. “I don’t think it’s by any way viable to have 16-year-olds vote when they are still under a system of authority – school authority and household authority – where they are not seen as adults,” he said.

“There are too many young people who have been so consumed by social media that they have lost interest in politics. This was every evident during last year’s election, where we discovered that a low 25% to 30% of people who voted were between 18 and 25 years of age – and they’re over 16 but look at the poor participation,” she said.

Low voter turnout, particularly among the young, is a growing problem in the developed world, leading some to warn of the growing threat of gerontocracy – where states are run by people who are much older than the general population.

But some believe that it is precisely because they still live in an environment where there are parents, teachers and mentors to guide them that young people should be given the vote.

Earlier this year, an editorial in the Economist argued that lowering the voting age could help “preserve the vitality of democracy”, especially in countries with a disillusioned young population. “Catch them early, and they will grow into better citizens,” it said. The argument is that parents and schools can get young people off to a good start as lifelong voters by helping them through the voter registration process, teaching them about active citizenship, and encouraging them to accompany their parents to polling stations.

If early voting could help strengthen our democracy, perhaps it’s time we put the question to the broader public.