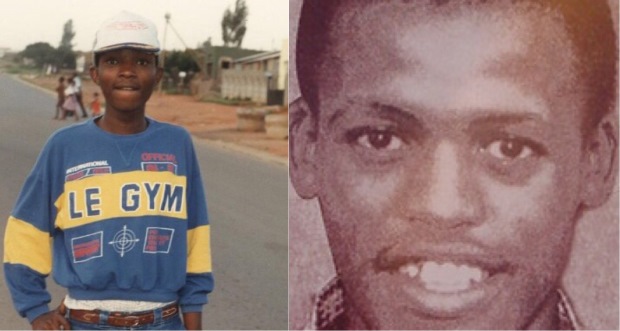 For more than 20 years, Nomsa Tshabalala and her family had nothing to solve the disappearance of their son, Siboniso Tshabalala except their own suspicions. Tshabalala sat in the audience through hours of testimony at the TRC, hoping to hear what happened to her son. She learnt nothing more than the gruesome descriptions of his last hours.

Siboniso, an uMkhonto weSizwe (MK) courier and soccer player for the Mandela United Football Club, was abducted and killed on November 14, 1988 in Soweto. He and his friend, Lolo Sono, were both accused of being informers. The TRC found that Siboniso was murdered by Jerry Richardson and that the allegations against the pair were unfounded and false. It turned out that Richardson himself was a police informer.

The Tshabalala family is one of many families whose stories of loss were heard two decades ago through the TRC. But even years after the TRCâ€™s findings, and recommendations, many families struggle to find closure.

Sibonisoâ€™s mother, now left with four children in her four-roomed house in Meadowlands, Soweto retrieves a file full of newspaper clippings from her bedroom.

â€œI have been talking about this for years, and itâ€™s still not easy to talk about it. Words cannot describe what I experienced over the past 25 years that I didnâ€™t know where my son was,â€ Tshabalala says, her eyes filled with tears, as she buries her head in her hands.

Unable to go on with the interview, Tshabalala asks her daughter Sebenzile to continue. â€œI was about eight years old when Siboniso disappeared. He was 19 years old. Three years later, my family bought a birthday cake to celebrate his 21st birthday because we had hope that he would come back,â€ Sebenzile says.

Sebenzile was 17 years old when her family began attending the TRC hearings but she can vividly remember how things were at home, particularly with her mother having to care for four children alone, while looking for her eldest child. Tshabalalaâ€™s dad died after his sonâ€™s disappearance. â€œThe TRC process was not easy. My mother was going through hell, sitting there and listening to Richardson confirm that he killed Siboniso and sharing details of how he did it. It was traumatic. Winnieâ€™s denial of her involvement in the murder added salt to the wound,â€ Sebenzile said.

The commission released its findings but the Tshabalalas still didnâ€™t know where Siboniso was buried. During the hearings, Richardson pointed that they had dumped the bodies in an open veld in Diepkloof, Soweto but the commission, together with SAPS, was unable to locate any bodies at the site.

In 2013, bodies of the two friends were exhumed at Avalon cemetery. Their bodies, with multiple stab wounds, were found in an open veld as Richardson had said, and then buried as paupers in Avalon cemetery without notifying their families. â€œWhat hurt me the most is that for many years I was walking in and out of Avalon cemetery, having no idea that my son lay there. Iâ€™m at peace now knowing where he is buried ,” Nomsa said. The family was relieved when they received Sibonisoâ€™s remains and buried him in September 2015 alongside other MK activists.

Nomsa handed me a photo album to page through as she talked about her son, with a face less tense as she remembered the light that is her son. Siboniso looks loving in the pictures with his family and friends, innocent and shy. â€œHe loved soccer with his life. His friends nicknamed him Makhanda and the whole neighbourhood knew him by that name. Iâ€™m at peace now knowing where heâ€™s resting,â€ Nomsa said.

The Tshabalalas are grateful for the TRC because, according to Sebenzile, it shed light on events that led to Sibonisoâ€™s disappearance. â€œRichardson even wrote a letter to my mom asking for forgiveness for his actions. We didnâ€™t get any closure from the commission because it ended and we still didnâ€™t know where his body was,â€ Tshabalala said.

Other families, however, are still searching for their loved ones.

The family of Mbuyisa Makhubu, the boy seen carrying Hector Pieterson in a famous photograph taken by Sam Nzima during the Soweto Uprising in 1976, is one such family.

â€œJune 1976 changed my life and my family’s life. Mbuyisa’s sin was to pick up Hector where he had fallen. He wasn’t even aware that Hector Pieterson had died. From there we never got any rest because of this photograph that was taken of him. They took this photograph, asking everybody around if they knew Mbuyisa, where he stays. Up until now the name has never been known. They only started knowing his name after this photograph in the papers. They called him Vuya Makhubu. His name has never been Vuya Makhubu, Mbuyisa has always been Mbuyisa,â€ Makhubuâ€™s mother, Nombulelo said during a TRC hearing.

Nombulelo died not knowing where her son was, whether he was alive or not. Like the Tshabalalas, Nombulelo came before the TRC to get details about her sonâ€™s disappearance but at the end of the commission, she still had none.

â€œThe police were looking for him because they thought he was one of the prominent leaders of the uprising. For months after the uprising, Mbuyisa would always be on the run and never staying at a place for long, between his motherâ€™s house and our grandmotherâ€™s house,â€ said Thokozile Dlamini, Mbuyisaâ€™s cousin.

The family hasnâ€™t seen Mbuyisa since 1976, after his mother gave him her last R10 when he said he needed to leave. Thereafter, he wrote a letter saying he was in Nigeria and that was the last contact the family had with Mbuyisa. The family also heard stories about Mbuyisa being in Botswana, and later, Tanzania. There were also rumours that he had developed a mental illness.

â€œMbuyisaâ€™s mom used to cry when she came across someone that was not well mentally because sheâ€™d always wonder whether her son had become like that, walking through the streets of a foreign country,â€ Dlamini said, â€œEvery February 19, on Mbuyisaâ€™s birthday, she would buy food and cake to celebrate his birthday.â€

The family attempted several ways to reach out to Mbuyisa or anyone that might know his whereabouts, including screening Feizel Mamdooâ€™s documentary What Happened to Mbuyisa? internationally.

â€œThe government hasnâ€™t been helpful, even the TRC was not helpful at all. She attended the TRC hearings and told her story but she walked away with nothing. We still donâ€™t have answers about his whereabouts or what happened to him. No one came forward to say anything about him. The TRC couldâ€™ve made better attempts to help by investigating and following up on informationâ€.

Between 2013 and 2014, reports suggested that a man detained in Canada for 10 years on immigration charges was Mbuyisa. The South African and Canadian government worked together to confirm whether indeed the man was Mbuyisa, and theÂ government later concluded that the man was not Mbuyisa.

Some members of the family remain convinced that the man in Canada is indeed Mbuyisa.

Dlamini compared photographs of Mbuyisa, his father and her father. â€œI have no doubt that the man in Canada is my brother. The moon-shaped birthmark on the left side of his chest is just one of the many reasons weâ€™re convinced itâ€™s him,â€ Dlamini said as she shared the photographs of the man believed to be Mbuyisa.

The TRC released its final report in 2003, and many have criticised its findings. Professor Padraig Oâ€™Malley notes that there are many indications of deep flaws that pervade the TRC’s report.

â€œFar from being ‘strong on truth’, as the commission has claimed, it has produced a report which distorts as much as discloses the truth. The full story about gross human rights violations in South Africa, and the violence that intensified as political and constitutional reform gathered momentum, has yet to be written,â€ he said.

Image of the Tshabalala family supplied;Â image of Thokozile Dlamini by Lisa Golden.