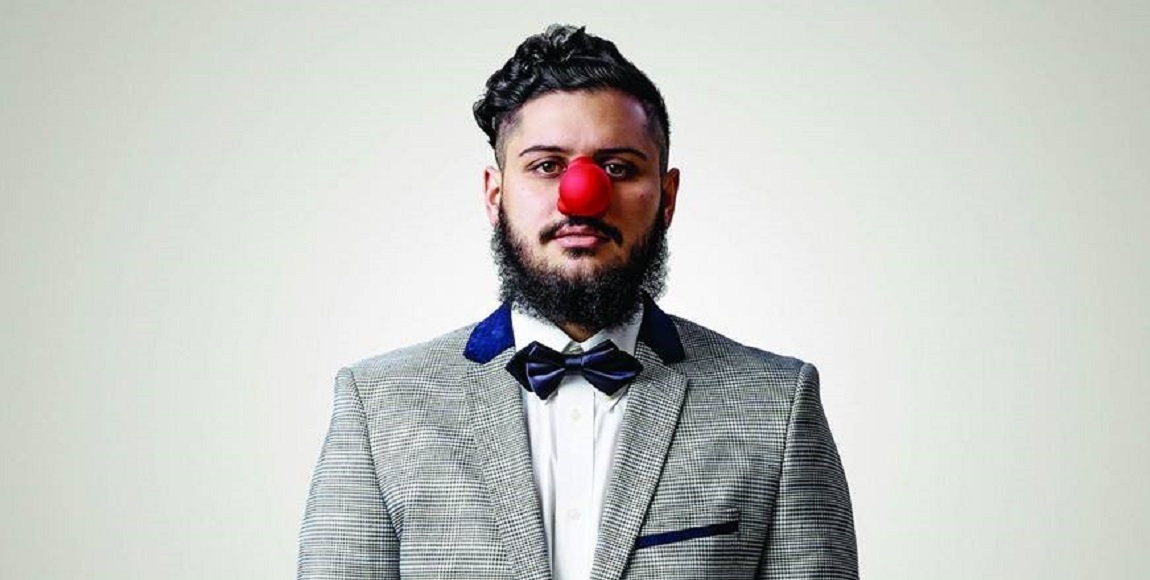 Humour is especially important in South Africa. As the Constitutional Court has reminded us “a society that takes itself too seriously risks bottling up its tensions and treating every example of irreverence as a threat to its existence”.Â  And we have a lot of tensions many of which are bound to intimate aspects of our identities: race, religion ethnicity, gender, sexuality and differing ability.Â Simmi Areff is a comedian. Like many of you Iâ€™ve laughed at many of his jokes, maybe to resolve some of my bottled up tensions. As a South African who is interested in supporting local talent Iâ€™m generally fully behind the space that he occupies and the attention he receives (including 13 500 followers on Twitter), writes TIM FISH HODGSON.

But, neither the importance of humour in South Africa, nor the significance of his own position in making us lol gives him â€“ or anyone else â€“ free license to trample on the dignity of people with disabilities.

It is with this context that I was outraged to read a lengthy twitter thread (Editor’s note: the thread has now been deleted) he posted yesterday in which he tramples brazenly on lived experiences of people with disabilities in South Africa.

Areff starts the thread off with a picture of himself in a wheelchair captioned “The time I was equally as corrupt as FIFA and used a wheelchair to get R150 tickets and the person that pushes you gets a FREE ticket”. Seemingly Areff and his friend, allegedly with the assistance of an employee of the Wits University Disability Rights Unit, decided to defraud fraud-kings FIFA by pretending to be wheelchair bound. He even goes as far as wearing a plaster of paris decked with graffiti to make the con more believable.

Eight tweets into his epic â€˜THREADâ€™ (this is how he announces it himself) and none of this yet is a joke, nor is any of it funny, though Areff doesnâ€™t waste any opportunity to offend telling us that he skipped to the front of the ticket queue because he is â€˜riding dirtyâ€™ in his wheelchair. To Areff, it seems, wheelchair use is recreational.

According to Areff, the ruse works and he gets the tickets. Presumably months later he goes to the game. Still unreflective and unrepentant, he tells us he is again in a wheelchair: he needs to in order to take advantage the tickets. Now Areff piles on the jokes in an attempt to move his enormous audience of one person who is still liking his tweets from lolz into rofls (spoiler: it doesnâ€™t work).

Areff continues in this fashion at the stadium â€“ and until about tweet 14 â€“ until after half time in the game in what he describes as â€˜the best seats in the houseâ€™. It is only then, after months that he tells us he momentarily discovers his conscience.

At this stage, already experiencing a mild nausea of my own, I start wondering whether Areff is taking is all down this filthy rabbit hole to teach a great lesson with a twist of that would make M. Night Shyamalan proud. Sadly, he keeps digging a deeper grave suggesting unbelievably that the whole family of 6 is faking their disabilities too. (Simmi it seems, will have us believe that there is no such thing as an actual wheelchair user). He also chances upon the employee of the Wits Disability Rights Unit who is not only also presumably faking being in a wheelchair for cheap, front row seats but also interested in further extorting Areff out of a chocolate and a packet of Lays. (If this part of the story is true, Iâ€™ve no doubt that Wits will want to investigate further).

The punch line (about 25 noxious tweets deep) is as banal and tired as the rest of the joke and isnâ€™t worth repeating. You have to see Areffâ€™s â€˜moral of the storyâ€™, however, to appreciate its vulgarity (the “you can always walk away” meta-lol is in poor taste even when compared to the rest of the disgusting joke).

So here I am @â€™ing you Simmi telling you that you are a bad person. You should have regrets.

Disability is not a joke. It is not funny that people have to live their whole lives or even portions of them using wheelchairs to ensure their mobility.

An “impairment” alone, such as being a wheelchair user, makes the lives of people with disabilities difficult. But it is only when we understand a physical impairment in combination with discrimination, stigma and a society literally built for people “who can always walk away” that the full extent of “disability” can be appreciated.

It is bad enough that roads, malls, parks, and yes Simmi, stadiums are not physically accessible to wheelchairs users. Even the government builds schools, hospitals and RDP houses without thinking about wheelchair and broader disability access. It took litigation in the Equality Court to force government to agree to make all police stations and court buildings accessible. This latter litigation, like the existence of wheelchair users, Simmi, is not theoretical but motivated by a woman who had to be “carried down a flight of stairs to enter the courthouse”.

It is even worse when privileged, selfish, able-bodied, people looking to save money or time hijack the few accessible spaces in these otherwise inaccessible environments. (Think about how often you see people cantering smoothly from their cars parked in bays reserved for people with disabilities at malls).

But the real knock-out punch, the totally unconscionable salt in a socially-produced wound, is when we as able-bodied members of society then turn around and insult, degrade and make light of people with disabilities or disability. As Eddie Ndopu, himself a wheelchair user and disability rights activist says: “there is a common misconception that people with disabilities arenâ€™t full human beings. Our lives are often reduced to the basic notion of access. But itâ€™s about so much more than access to parking lots and elevators.”

What Areffâ€™s joke does is tell people like Eddie around the country that they are not full human beings worthy of respect. And to our shame, many of us have done it too. In high school â€˜retardedâ€™, â€˜spasticâ€™, â€˜crippleâ€™ and â€˜handicappedâ€™ slipped out of my mouth as easily as â€˜gayâ€™ did as an insult. Many slang words that arenâ€™t quite as vulgar also expose our unbelievable societal tolerance of ableism: â€˜are you dumb?â€™, â€˜are you deaf?â€™, â€˜thatâ€™s so lameâ€™.

Making light of peopleâ€™s disabilities and doubting their capacity as full human beings hurts. When responding to criticism of the appointment of Professor Mbulaheni Maghuve
(a blind man) as SABC Chairperson which questioned his competence because of his blindness former Constitutional Court judge Zak Yacoob concludes: “This is not a mere intellectual diatribe. As a blind person I am, like many other blind people I know, deeply upset and offended”.

The difference between Simmi and I is that I regret my own prejudice deeply and hope to try and work against it. “With no regrets”, Simmi Areff stole from wheelchair users the scant access and little privilege that our deeply ableist society provides them. He then, seeking self-promotion on social media, flaunted it online as a crass joke for all to see.

His crassness cannot be left alone and should not be defended in the name of humour, artistic license or freedom of expression. Hopefully, this apparent attempt at testing new stand-up material is such a spectacular failure that Areff abandons it completely. But that is not enough. Until he shows that he is willing to take people with disabilities seriously as equal human beings, I suggest we all boycott his shows. A public apology and a show â€“ in a fully accessible venue â€“ where all proceeds are given to people with disabilities would be a good start.

Tim Fish Hodgson writes in his personal capacity. He works on socio-economic rights, is based in Johannesburg and is a former law clerk of Justice Zakeria Yacoob. He completed a masters dissertation is on the right to inclusive education in South Africa, and his done extensive advocacy and research in this area. He is cricket nerd, a law jock and identifies as a heretic. He tweets from @TimFish42.