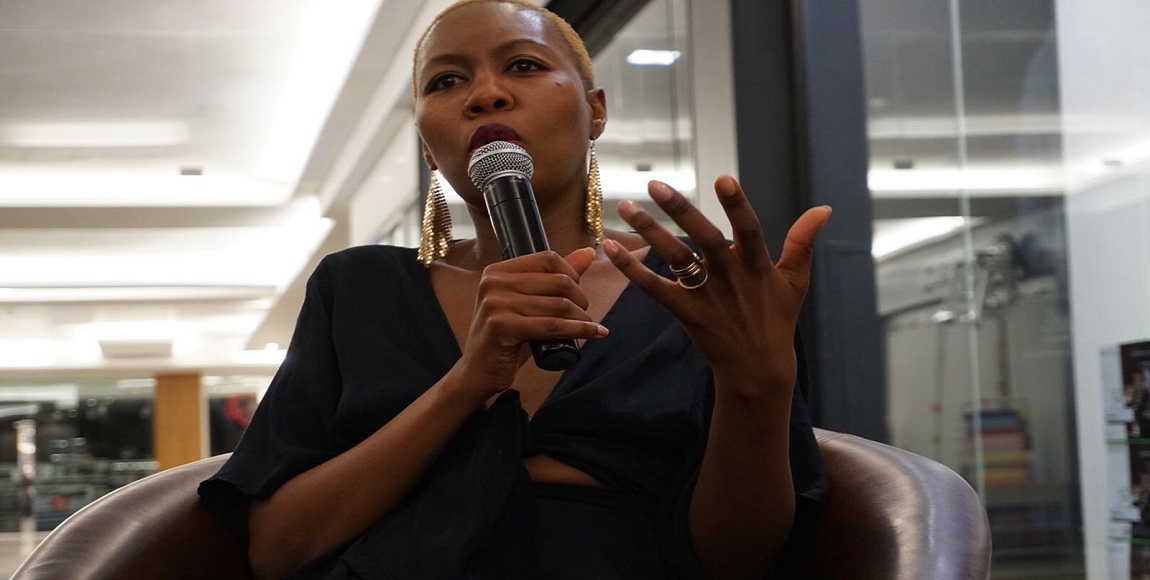 Conversations about the prevalence of sexual violence have been at the forefront of conversation in recent weeks with the #MeToo movement. This month, writer Sisonke Msimang launched her memoir Always Another Country. In it, she detailed two incidents: one of sexual violence she experienced as a child and another of racism. She only told her parents about one experience. At the book launch in Rosebank on 19 October, Msimang spoke to journalist Redi Tlhabi about it.

What was the conversation you had with Redi regarding the two experiences – of racism and sexual violence – that you had as a child?
Redi asked me why I was so silent. I responded saying it’s not only why was I so silent, it’s like why did I feel it was okay to talk about racism and I knew that it wasn’t okay to talk about sexual violence? I didn’t do this on purpose, but in the book it’s obvious that there are some things that children feel they can talk to their parents about and one of those things is racism. We live in a racist society and I think there’s a level of understanding in society that racism is unacceptable. Even as a child – at 10 years old – I didn’t feel that I had done something wrong when I was insulted by a racist slur. I knew I hadn’t done anything wrong so I didn’t feel any shame.

She problematized her ability to, from a young age, RAGE LOUDLY against racism, YET, chose silence on sexual violence. So relevant https://t.co/Ey1ENaOMEE

Was your account of sexual violence in the book a surprise for many?
I had told people close to me so no, but I suppose it’s a shock for the public.

Your book release coincides with the rise of the #MeToo movement, what do you think about that?
I’ve been doing work for most of my working life around issues of gender-based violence. In some ways while I think it’s really wonderful that there’s a broad uptake of the #MeToo movement; many people have been working on this before the idea of a hashtag even existed. It’s important to recognise that the hashtag exists because of the work that people have been doing all this time to break silences.

One of the things I think that the #MeToo movement demonstrates is while gender-based violence, sexual violence, violence against women continue to be a massive problem, the difference now from when I started working on these issues 20 years ago is that there’s a much wider circle of women and people who are willing to accompany those who step forward. We saw this even from 10 years ago when Fezekile Kuzwayo came forward with her story against the president. It’s great that its coinciding but in terms of what happens in real life and what has been happening in real life to many people the campaign is a small, really nice flag to have.

Is there a role for campaigns like #MeToo in ending rape culture? Are there other roles?
The first role we have to play in combating rape culture is to prevent sexual violence from happening. We have to focus on teaching boys what respectable behaviour is and changing the culture of shaming women, that’s a very important thing. The second one is to be honest about the fact that while some people are silent – my case is an example of being silent for many years – many women talk about sexual violence over time. There might be some silence in the first few months or maybe years but women have been talking and always talk. They share these stories so it’s also a matter of people not listening or those stories not taken seriously or respected.

It’s important not to create the impression that all we need to do is break the silence and things will change. Actually what we have to do is insist that we are and always have been talking and that hasn’t been enough.

You can watch our interview with Msimang here.