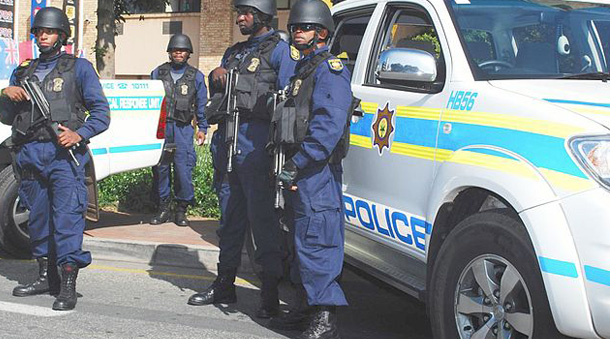 South Africa’s public-order policing leaves much to be desired but if nothing else, we aren’t too far off international standards. (See: Ferguson)

The SAPS has been asking for more money to beef up its public-order policing but some of that at least, has been requested for some pretty questionable equipment.

PONTSHO PILANE looks at six crowd control measures we could do without.

1. Teargas
Teargas is probably the most commonly used form of crowd control. The chemical weapon causes irritation to the eyes, nasal cavities, mouth and throat; and, ultimately, breathing difficulty. But that doesn’t stop police from using it on men, women or children. Usually it’s the first line of defence rather than the last, and we could do without it.

2. Water cannons
During the Ferguson protests in August last year, CNN’s international anchor Rosemary Church wondered why the police were using teargas and guns to quell protesters instead of water cannons. She was soon shot down for her ignorance about the real impact of water cannons on people’s bodies. And yet here in South Africa, police have just ordered more water cannons.

3. Rubber bullets
Rubber bullets are frequently used to quell protests in South Africa and are the cause of many death. Andries Tatane was just one of many to die this way. Because what else do you expect to happen when you aim a projectile at someone’s chest from point-blank range? Since 2012, the use of rubber bullets by police has been banned except as a last resort. But how about we just don’t give riot police rubber bullets to begin with?

4. Sound cannons
Sound cannons are the government’s latest genius idea for dealing with service protests. On Thursday, it was reported that the South African Police Service has earmarked R1.9-million for 12 sound cannons. Amnesty International has stated that the use of sound cannons may be a violation of human rights, and police admit that they do not have a plan in place to prevent the noise from harming those who will not be involved in the protests. So, just no.

5. Armoured vehicles
In January 2012, the SANDF was deployed to a protest at Khayelitsha hospital and, for good measure, brought along two armoured vehicles. More recently, the SANDF were deployed in Alexandra in May 2014 to quell post-election violence. Although not much has been said about the militarisation of public-order policing in South Africa, it’s a trend that’s been increasingly criticised in the US.

6. Real bullets
This seem obvious but apparently it’s not. The apartheid government believed that the easiest crowd to control was a dead one so we had massacres at Sharpville and Soweto among many others. We may have been fooled into thinking that opening fire on civilians was a thing of the past but 16 August 2012 showed us otherwise. SAPS killed 34 people at Marikana, and left countless others injured. Isn’t it time cops left the bullets at home when policing a protest?

Instead of spending billions of rands on dangerous equipment,perhaps the SAPS should focus on building better relationships with communities, while local government works on delivering services.

Editor’s note: Point 5. originally read “military tanks”, but has been changed to the correct terminology, “armoured vehicles”. The sentence, “They are called military tanks for a reason they’re to be used by armies in military operations, not police in public-order policing,” has been removed.