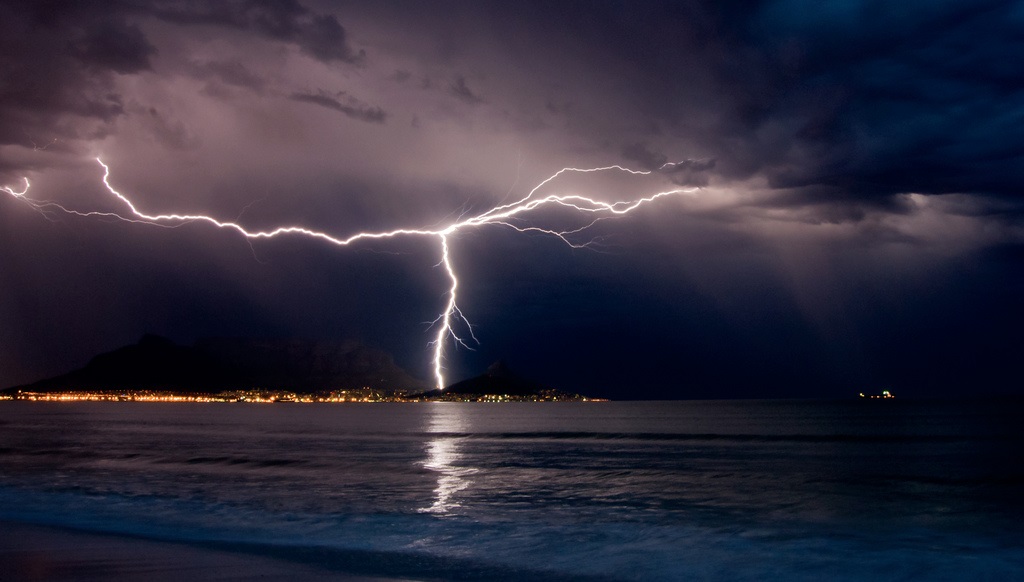 The South African Weather Service (SAWS) announced that a strong cold front will hit the Western Cape on the evening of 6 June. The cold front is expected to bring gale-force wind and heavy rains that will mainly impact the Atlantic Seaboard, Cape Winelands and informal settlements built on wetlands. Flooding is also possible. The Daily Vox asked experts for tips on how to stay safe during the #CapeStorm.

The spokesperson for local government and environmental affairs, James-Brent Styan says that this is the worst storm to hit the province in the last 30 years. “Experts have told us that the weather indicators are the worst indicators they have ever seen,” he says. In 2013, the Western Cape was hit by a severe flash flood, which affected approximately 18 000 people.

In a statement, the Western Cape Education Department says it has suspended school activities ahead of the storm warning. Here’s what you should do if you’ll be affected.

1. Stay indoors
Cape Town’s Disaster-Risk Management Centre spokesperson, Charlotte Powell, says that because they don’t know how disastrous the storm might be, residents are urged to try as much as possible to stay indoors. The SAWS also says that they are expecting a lot of damage to trees, which might cause harm to residents and animals.

2. Try not to drive
Styan urges all drivers to refrain from driving as of this evening and the rest of tomorrow. Thabisile Ntleko, from the SAWS, says that the strong winds set to hit the province this evening may result in cars moving uncontrollably on the road, which may result in road accidents.

3. Dress warmly
Ntleko, says that tonight, residents should expect heavy rainfalls and strong cold winds. “We are expecting strong wind going up to a speed of about 45-50 km/h just from tonight and about 70-80 km/h tomorrow. So the wind is going to be very strong and very cold; we urge people to dress warmly.”

4. Seal leaks and fasten roofs
According to the SAWS, informal settlements and rural areas in the province are most likely to be affected by the strong winds and heavy floods. The Disaster-Risk Management Centre has urged all people living in shacks and under-developed housing to ensure that they have closed any possible leaks and fasten their roofs. The centre has prepared emergency sheltering and has organised a disaster coordinating team to help with evacuations, if necessary.

6. Check if your insurance policy covers damage caused by flooding
With flooding anticipated in most parts of the province, residents should double-check with their insurers that they will be covered should their insured properties be damaged by the storm.

For any emergencies, residents should call 107 via a Telkom landline and 021 480 7700 via any cell phone networks. Or alternatively, you can call 112 toll free emergency number.

Stay safe out there, folks.