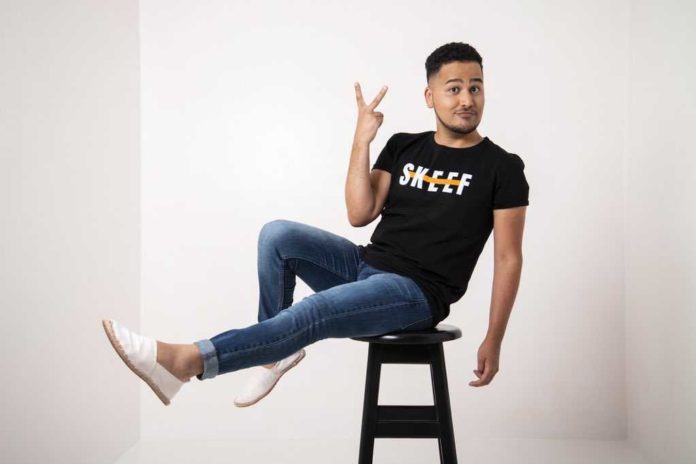 Skeef is a 2019 queer documentary written, produced and directed by Renaldo Schwarp. The 40 minute film follows the lived experiences of a few queer individuals. It showcases how they navigate their identity in conservative South Africa.

The documentary will grab your attention as Schwarp speaks to comedian Marc Lottering, singer Joe Foster, and Kanarie co-writer Charl-Johan Lingenfelder. Kanarie is a South African music-drama that follows a white gay teen in 1985 Apartheid South Africa. But the core of the film is with the non-famous folks that are profiled.

For many queer people religion is a sore point. Often and most times when a queer individual is honest about their sexuality, they are rejected by their religious community. Skeef opens up strongly with this. There is a reassurance in the voice of the gay pastor, who we are not formally introduced to. As someone who grew up in the church, from Sunday school to Youth Ministry – Reverend Hanzline Davids was a reassuring queer presence to hear from. He epitomises how important it is to hear a gay person speak about God and fellowship.

Read more: #LGBQTILife: Navigating life in student leadership and the church as a Gender Diverse Person

Bernard Buys aka Betty Bangles is a drag artist that was also profiled. He speaks about the impact his drag shows have had on the queer community and its allies. This proves again that representation is key. The actor Roberto Kyle is also featured. Kyle performed on the local Afrikaans telenovela Arendsvlei. The telenovela featured its first queer kiss between Arendsvlei High School learners Lee-Roy Foster (Roberto Kyle) and Wesley Rossouw (Craig Adriaanse).

Kyle reminds the viewers that representation must be unapologetic and without fear. He says it important to see queer characters in film and television. This is so they can be relatable. Queer people are more than the stereotypical boxes they are placed in.

Read more: #LGBTILife: The reality of one woman’s journey for a name change in South Africa

The heart of the documentary comes from Zoey Black and Cher Petersen. They are two trans women living in South Africa. Cher Petersen was a honours journalism student at the time the documentary was shot in 2019. Petersen says her journey began when trying to express herself as a trans woman. She received support from her parents. Her journey was solidified when she went to Stellenbosch, where she encountered the LesBiGay organisation.

It is reassuring to see how comfortable Petersen is in her own skin, and it stays with you long after the film ends.

Black said something so important about being queer; you need to come out each time with a new person. This is something all of us under the rainbow can relate to. I loved how she expressed she will not engage with anyone that is problematic, and protects her peace.

While both women’s interviews appear shorter than the others, it left a profound effect on me. To see people affirming their truths and not reconstructing onscreen is relatable. It is representation at its purest.

Schwarp is an empathetic interviewer and his interviewees are comfortable around him. The documentary is dialogue-driven and he gets raw and honest answers. We need to see more of this from queer people in a country like South Africa. We may have the most progressive constitution in the world that protects queer people, but is it unsafe to be queer in South Africa.

Syrian refugee Adnan Al Mouselli is a gay Syrian man living and working in South Africa. He spoke about the atrocities queer folks in his home country face. There is a sad irony in him seeking refuge in South Africa because queer people are harmed here too.

The sole critique I have is that no culturally Black South Africans are featured. I was hoping with each new interviewee that the next person would be. We need to be conscious that our calls for representation must be all encompassing. We hope Schwarp does a follow up and keeps the dialogue going. Visibility is important every day in our country. Queer people have the right to love, happiness and safety in South Africa.

Skeef means skew in English, but the documentary is anything but that. It has heart and speaks to the beauty and charisma of South African queer folks.

SKEEF is streaming on Showmax