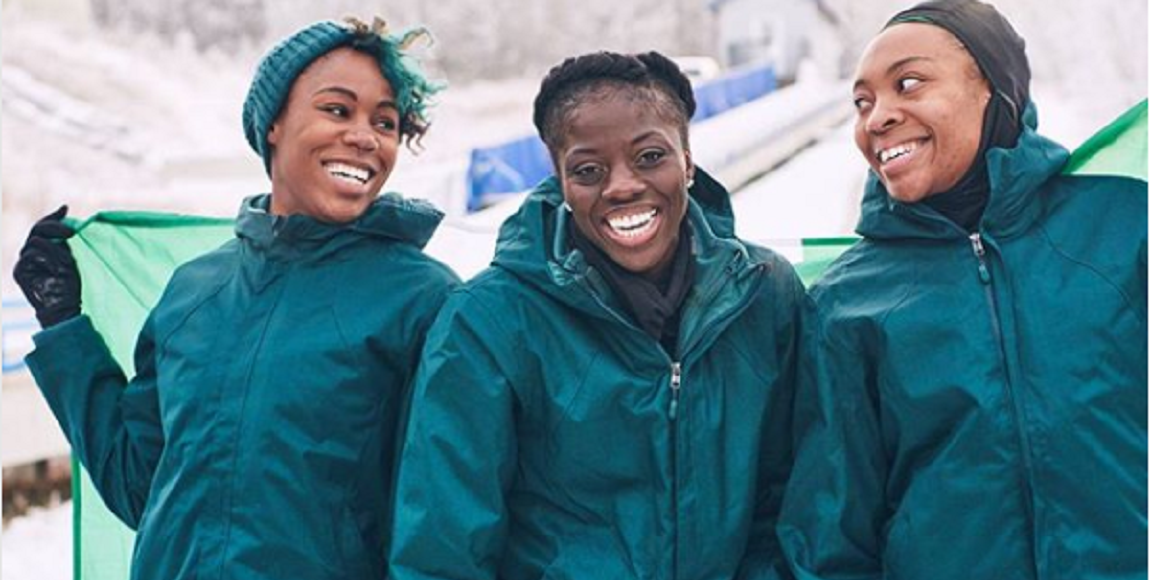 Seun Adigun, Ngozi Onwumere and Akuoma Omeoga are three names you need to know as of right now. They are the three members of the Bobsled & Skeleton Sports Federation of Nigeria who made history by becoming the first team from the African continent to qualify for the bobsled competition at the Winter Olympics. They are also the first Nigerian athletes to qualify for a Winter Games. The Games are set to take place in 2018 in Korea. The Daily Vox team rounds up what you need to know about the team.

The trio are dual American-Nigerian citizens which has made them eligible to represent Nigeria at a national level. It was very important for them to represent Nigeria especially in a sport that has never been represented at a country and continent level. Omeoga said in Nigerian culture to be able to do something different and be successful is hard and therefore, holds a lot of weight.

In an interview with BBC News, the trio who practised in Canada, said, â€œWe are from a continent that would never imagine sliding down ice at 80 or 90 miles per hour. The idea of getting people to take to that in itself is empowering.â€

The team started a crowdfunder in 2016 to raise money for the various equipment and other fees they would need to achieve their goal of reaching the Winter Olympic Games. The team managed to raise their goal of $75 000 in twelve months.

The team recently appeared on The Ellen Show where they spoke about how despite many people from Nigeria not knowing what bobsledding was, the people didnâ€™t care and were just excited that Nigeria was being represented. Omoega also said that her father thinks he is a celebrity as well because of all the attention she is getting.

Adigun is a pioneer of bobsledding in Nigeria. She tried to and start a federation for bobsledding where there was no blueprint, not just in Nigeria but on the entire continent. As the driver of the team, they also credit her as being responsible for getting them involved in bobsledding. Adigun says they had to make a lot of sacrifices in order to be able sustain their dream. â€œFor everything that gives me a battle, I try and combat it.â€

She said even though this is her third season in the sport, she is still learning and is thankful every time they manage to cross the finish line.

But rushing down an ice track isnâ€™t all the team is good at. Onwumere is a full-time student pursuing a doctoral degree. Omeoga, the teamâ€™s brakeman, works as a healthcare recruiter while Adigun is studying a dual degree – a doctorate of Chiropractic and a Masters of Science in Exercise & Health Science.

Onwumere also has advice for young girls saying: â€œYou are the driving force in your life. If you believe in yourself, the world will see that.â€

The Nigerian Ministry of Youth and Sports have promised to give support to the Nigerian Bobsled and Skeleton Federation which Adigun, Onwumere and Omeoga are a part of.

And how do they feel about being compared to the Jamaican bobsled team of 1988 who inspired the Disney movie, Cool Runnings?

Theyâ€™ve said they are honoured by the comparison and hope to create a legacy for Nigeria, just like the Jamaican team did for their country. Adigun said: â€œIt is an honorary comparison. These are men whom people continue to sing their praises almost 30 years after they took a leap of faith and changed the sport of bobsled. To be compared to people of that caliber is a true blessing.â€

We canâ€™t wait to see these incredible women slay at the 2018 Winter Olympics and beyond!