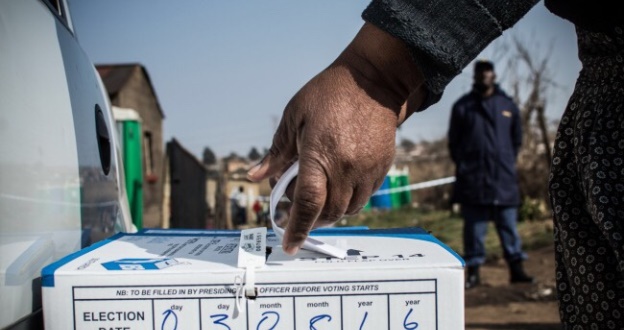 So we know that the focus of this election season has been on the big three – ANC, DA and EFF. But what about the other 201 parties that campaigned for South Africa’s votes?Â

Even the smallest percentage of votes shows that our democracy is in action.Â Many smaller parties have an entrenchedÂ history in South African politics, like the Pan Africanist Congress (PAC) for example.

“A healthy democracy should always have a number of diverse parties,” says Sipho Mawoko from the United Democratic Movement. He says that smaller parties are more concerned about the service delivery in rural areas. Communities that are located further out of the big metropolitan cities and suburban areas often identify with smaller parties because of their hands-on approach.

When it comes to coalitions, some of the parties donâ€™t mind teaming up – as long as the political parties they go to bed with arenâ€™t corrupt. Smaller parties are like watchdogs of government, they help to keep bigger political parties accountable in collaboration with Chapter 9 institutions.

Ganief Hendricks of Al Jama-ah says his party was approached by the Inkatha Freedom Party and the ANC because there is no outright winner in Estcourt, KZN. â€œOne-party rule is the greatest threat to our democracy. That is why it is so important to have an official opposition,â€ he adds. Most of the smaller parties believe the public broadcaster and various media houses only covered the top three political parties. The Pan Africanist Congress and the African Independent Congress (AIC) said invitations were sent to media houses in the build up towards election day but no response or coverage was received. Aubrey Mhlongo from the AIC said the electoral commission needs to investigate ways to improve the fairness of the voting process.

Kenneth Mokugantle, spokesperson for the PAC, said that when he enquired about fair representation with the public broadcaster, he was told that it was split equitably according to the number of municipal seats each party holds. When they argued that the EFF has never contested local municipal elections and therefore have no seats, their complaints were ignored. He said it was unfair that the public broadcaster was relying on national representation to broadcast for the local municipal elections. â€œWe have a media industry which promotes one-party-rule and this puts our democracy in jeopardy because it goes against the face of our constitution,â€ says Ganief Hendricks of Al Jama-ah. The AICâ€™s Mhlongo agrees that our electoral system needs to be carefully monitored and the electoral commission needs to investigate ways to improve the fairness of the voting process.â€œWe must legislate for parties to expose who their funders are so that we can avoid state capture. This will ensure a free and fair electionâ€. They hope that the future of our democracy welcomes more robust and unpredictable election seasons.