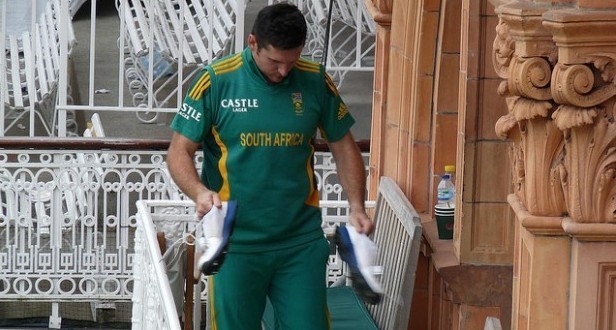 Graeme Smith – former Proteas captain, current Supersport commentator, and Sunday Times headliner – has refuted claimsÂ he seeks a position as a back seat driver for the Proteas.

Rumours emergedÂ after he slammed theÂ Proteas recent losses against England. Despite being involved in the Proteas setup as a batting mentorÂ in at least one test during the ongoing series, Smith didn’t hold back when he spoke on air as a commentator, suggesting that he could actuallyÂ have greaterÂ ambitions forÂ aÂ role behind the scenes.

Smith, however, rejects these claims.

“I want to be the captain, manager, team doctor, media liaison, coach, even the token black player. I’m not interested in a small role with the team,” Smith said.

Smith’s noble ambitions have left no one fazed. Fans and critics fondly remember his work ethic as the former captain of the Proteas.

“Smith belongs to that old generation who always got his way; you know how many coaches he got rid of while he was captain? It’s the stuff of legend”, one journalist, who asked not to be named in fear of Smith, said.

Smith laughed off rumours that he still could wield such power.

“Some years ago, ja hey, but today I’m as important as Daryl Cullinan,” he said.

Cricket South Africa would not be drawn into the saga, though insiders insist the current ProteasÂ setup isÂ used to Smith playing across the line.

The Proteas are said to be looking for a left-armer to deal with Smith.