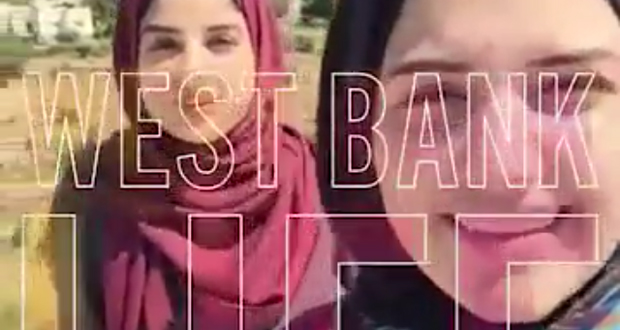 Palestine finally got a chance to be featured on Snapchat when the West Bank Live story went upÂ on Thursday â€“ but is it problematic in its own right? AAISHA DADI PATEL weighs in.

After the uproar earlier this weekÂ overÂ Snapchatâ€™s decision to feature Tel Aviv as a part of its Live feature â€“ which depicts daily life in cities around the world â€“ the social-media platform responded to users who demanded to see the Palestinian side of life by featuring a West Bank Live story on Thursday.

The story was generally well-received, withÂ Palestinians sharing elements of their culture and daily lives.

A story of Palestinian life under Israeli occupation, told through @Snapchat. #WestBankLife pic.twitter.com/hhWWUftWKS

But there were criticisms about what was filtered out, and about the fact that the city didnâ€™t get a flag recognising its country.

Well done @Snapchat for having ‘The West Bank’ live snap. Next time use the cover as the Palestinian flag, no one likes half ass jobs. â€” Azra (@AzraKarim) July 9, 2015

And well, snapchat seems to be censoring some of the snaps to make life on the West Bank look nice.

However, the story did contribute towards giving a legitimate glimpse into life in Palestine.

It makes their struggle real in that we get to witness the lives and communities that suffer due to Israeli occupation. #WestBankLive â€” Nadeem Mahomed (@HeavyDeem) July 9, 2015 But the feature was still open to criticism. Palestine consists of the West Bank and Gaza, twoÂ distinct piecesÂ areas of land, separated by Israel and the occupation, and the Live story focused on only one of these. Â

In its own way, as with Tel Aviv Live, itâ€™s also a whitewash of the Arab-Israeli conflict. West BankÂ Live, which among other things featured Palestine through shots of the Nativity Church, where Jesus is said to have been born, and of people making falafel, also took the focus off of Gaza City, which is arguably most affected by Israelâ€™s occupation.

As with most things in the Middle East, this pair of Live stories could have been seen as a win win – or a lose lose for those seeking to legitimise their state.