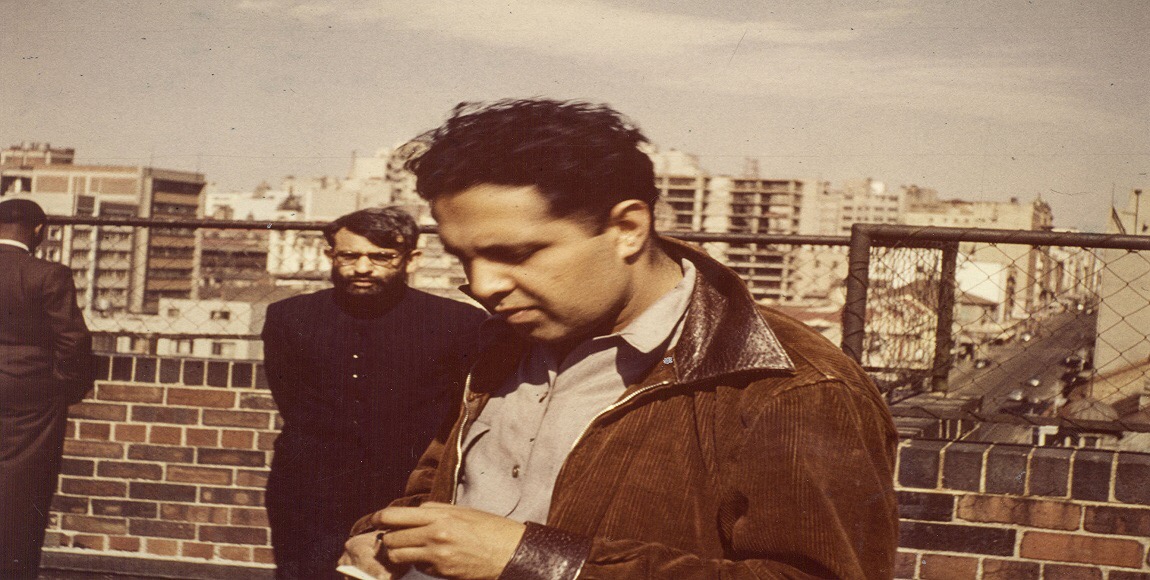 As South Africans pay tribute to struggle veteran Ahmed Kathrada – or Uncle Kathy as he was affectionately known – we are reminded of a humble, noble and dignified man who gave his life for the apartheid struggle. But Uncle Kathy was not always quite so mild-mannered.

Below is an excerpt of his exchange with the prosecutor Percy Yutar during the Rivonia Trial. Kathrada was one of eight activists who were imprisoned for their role in the apartheid struggle. It shows another side of a young Kathrada – a rare glimpse into the witty and snarky side of Kathrada, before he was jailed for an ideal he believed in.

Yutar: Do you agree that this proposed broadcast of yours in response to the speech by the Minister of Finance was a very vicious document?
Kathrada: I donâ€™t agree. I agree that it was in immoderate language, but I donâ€™t agree that it was vicious. I think that what the Minister was saying was vicious.
Yutar: You have called them (that is the Nationalist Cabinet) amongst other things, criminal?
Kathrada: Thatâ€™s what they are….
Yutar: Your oath is to tell the truth, the whole truth and nothing but the truth.
Kathrada: I am aware of that.
Yutar: So that when it comes to giving evidence which might implicate somebody either in this court or outside this court were you not prepared to give that evidence?
Kathrada: I am honour bound not to.
Yutar: Honour bound to whom?
Kathrada: To my conscience, my political colleagues, to my political organisation, to all of whom I owe loyalty.
Yutar: What about being honour bound to the Almighty?
Kathrada: I am not telling any lies.
Yutar: You are not honour bound to that, are you?
Kathrada: Well I donâ€™t know if the police are doing the Almightyâ€™s work! But I am not prepared to give the police anything that might implicate other people.
Yutar: Sisulu adopted that attitude in the box and you are doing the same.
Kathrada: Is there anything wrong with that?
Yutar: Donâ€™t ask me. Iâ€™ll tell his Lordship what I think about it in due course. And I am telling you now that you are adopting the same attitude as Sisulu.
Kathrada: Thatâ€™s obvious.

Yutar: And this political organisation to which you owe this loyalty; does it also include the African National Congress?
Kathrada: Yes.
Yutar: It also includes the Umkhonto?
Kathrada: If I knew anything about the Umkhonto I would not tell you. If the fact of it was to implicate anybody, I would not tell you.
Yutar: Then how am I to test your story and what you are telling us?
Kathrada: I am afraid I have no suggestions.
Yutar: Did you incite people not to move from Sophiatown to Meadowlands?
Kathrada: I called upon the people not to move.
Yutar: Which do you prefer, Sophiatown or Meadowlands?
Kathrada: I prefer to live where I like to live. Not where somebody in Parliament tells me to live.
Yutar: But of the two places, Sophiatown with all its slums and shebeens or these beautiful garden houses in Meadowlands, which do you think is the better place of the two?
Kathrada: Sophiatown, with its comparative freedom, rather than Meadowlands which has got a hundred and one restrictions, permits and where your own mother canâ€™t come and visit you without a permit.

Yutar: Itâ€™s all very well to complain about conditions in South Africa but what about the Indians in India? By the way, have you been to India?
Kathrada: I have not been.
Yutar: Do you know about the suffering of the people in India?
Kathrada: In India? I know about the suffering of my people in this country where I was born. I donâ€™t know anything about India.
Yutar: You have never been there and you have never done any research?
Kathrada: I have read about India….
Yutar: Kathrada, do you know that India has a three-year detention no trial law?
Kathrada: It is quite likely.
Yutar: Did you ever voice any protest against that?
Kathrada: I did not.
Yutar: You did not?
Kathrada: I live in South Africa. I suffer from the laws in South Africa. My objection is to what goes on to me and my people.
Yutar: Do you know that Ghana has a five-year detention no-trial law?
Kathrada: That is correct.
Yutar: Have you ever spurned assistance from Ghana?
Kathrada: Never.
Yutar: Never?
Kathrada: No. Iâ€™d get assistance from the devil, provided it was for my people in this country, and for the freedom of my people.
Yutar: But you choose to attack the country of your birth?
Kathrada: I choose to attack it, and Iâ€™ll go on attacking it until things are put right.
Yutar: Are you sometimes referred to as K?
Kathrada: I am not referred to as K. I donâ€™t know of anybody who refers to me as K.
Yutar: Do you know anybody else who goes under the initial of K?
Kathrada: Yes.
Yutar: Who?
Kathrada: Mr Kruschev.
[Laughter in court.]
Yutar: So you are trying to be funny at my expense?
Kathrada: I wasnâ€™t. You asked me if I knew of any Mr K, and I told you….
Yutar: Did you have confidence in those irresponsible leaders of the ANC?
Kathrada: I have said that I regard the leadership of the ANC as responsible. I have said that those who have been in Umkhonto have been forced to resort to these methods. I have the fullest admiration for their courage, and when you talk of responsibility, I also know that members of the Ossewa Brandwag (a Nationalist supported, extreme right-wing Afrikaner movement which existed during the second world war) committed acts of sabotage when they had the vote and they had every other means of expressing themselves in this country. They resorted to sabotage and some of them are in the government today….