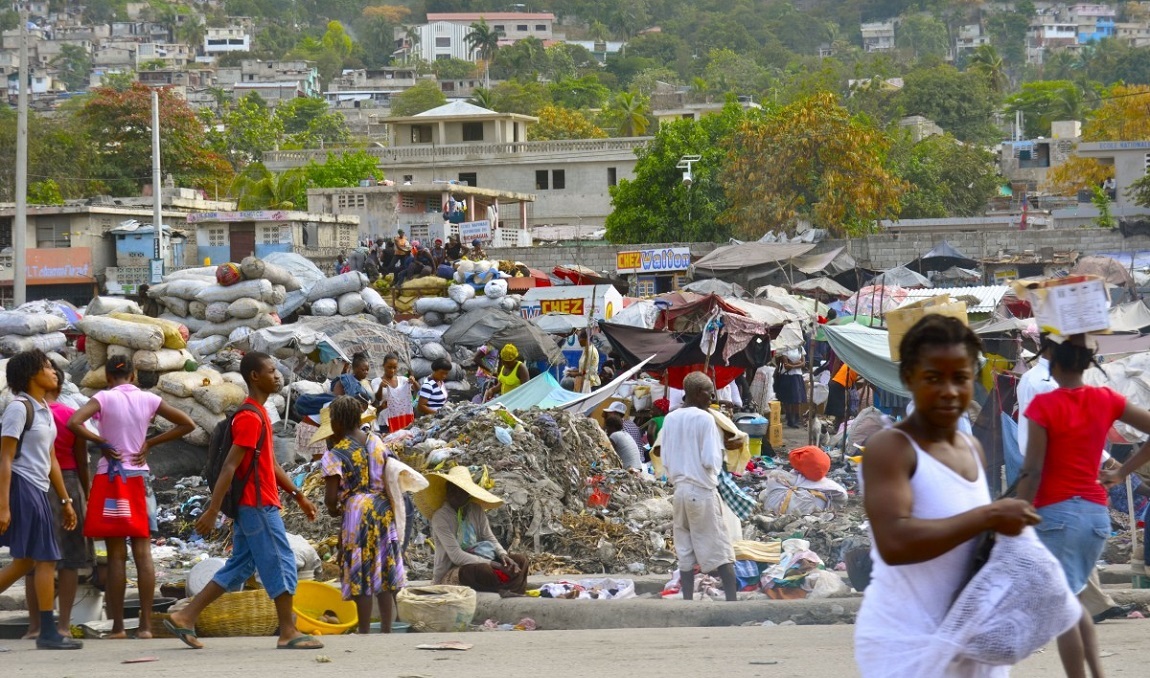 The historical legacy of Haitian rebellion in the political imagination of revolutionaries in Africa, the diaspora, and across the world cuts to core of the meaning emancipation. But also what it means to deal with the harshest realities of neocolonial advancement. The Caribbean island, home to more than 10 million inhabitants, has over the past decade faced internal political turmoil, foreign intervention through dependency inducing aid programmes, corruption, and has to contend the devastating consequences of hurricanes and calamitous earthquakes, writes DOMINIQUE ST ELOI.

Under these difficult conditions, workers and communities continue to organise and build organisation against the actions of an increasingly repressive state who acts in collusion and protection of international capital. Much like the workers and community organisations of South Africa who stand against regressive new Labour Bill that targets the right to strike and deepens precarity, the working class of Haiti are facing an onslaught and call loudly for solidarity.

The National Central of Haitian Workers (CNOHA) and the Respect of the Haitian Workers of Manufacture (ROHAM) inform all its partners, national and international organisations, that freedom of association is experiencing a very difficult time in Haiti. The right of association of the proletariat, to defend its interests and demand better working conditions, is violated by the South Korean multinational The Wilbes Haitians S.A., which operates in the subcontracting sector.

Since October 2017, trade unionists from the subcontracting sector have been in discussion with the representatives of The Wilbes in Haiti and the Haitian state to find an agreement:

First, the number of pieces required, which is between 800 and 8 000 per day, under the responsibility of a group of 18 to 23 workers, which corresponds to between 39 and 390 pieces per day on average per worker (for example, one piece may be a jersey), with an hourly load of 10 hours of working time.

Second, trade unionists require the application of social insurance provisions in Haiti. The South Korean company does not apply the provisions of Article 200-d of the Labor Code which requires the payment of 6% of the nominal wage for the benefit of workers at the National Office of Old-Age Pension (ONA). Currently, The Wilbes does not respect this principle.

Third, women are victims of sexual harassment and intimidation. The Haitian state, through the Ministry of Social Affairs and Labor (MAST), does not act to protect workers as required by Article 225 of the Haitian Labor Code recognising the right to join together to defend their interests. On the contrary, MAST representatives systematically reprimand them.

Fourth, workers have a monthly salary of less than US$110 or 7050 gourdes (Haitian currency) per month – roughly R1 416 per month. Trade unionists demand a salary of 1 000 gourdes a day, about 15 dollars USD, which will allow them at least to reproduce their workforce. On 5 April 5 2018, as a sign of solidarity with their arbitrarily dismissed colleagues and acts of touching and sexual harassment on the workers, they decided to make their voices heard peacefully at the time of their only 30 minute break. Representatives of The Wilbes have retaliated against them. Investigations by the CNOHA reveal that protesters have only chanted protest songs, which is not an offense under the Haitian laws. The 145 workers dismissed arbitrarily are members of the union ROHAM and the CNOHA Central. We are requesting their immediate reinstatement and the satisfaction of their demands, and we solicit in a special way the support of human rights and women’s rights organizations, in Haiti and abroad, for justice to be done in favor of women who have been assaulted and sexually abused.

We are calling for solidarity partner organizations and other national and international organizations to stop the repression and persecution of trade unionists in Haiti. We are appealing to citizens around the world, and especially members of national and international organisations, to put pressure on multinationals such as Under Armour, Champion, and Old Navy to stop ordering products manufactured by The Wilbes in Haiti, while waiting that the demands of these workers are met, acts of persecution, repression, and harassment carried out and or tolerated by the management of The Wilbes, the Ministry of Social Affairs and Labor, the Ministry of Justice and Public Security, and the mediation mechanism put in place to monitor the progress of the HELP Agreement in Haiti.

Freedom of association is a fundamental right of peoples.

Dominique St Eloi is an activist for more than 10 years in the textile sector. He has been involved in different movements for a better conditions of the workers in Haiti since 2009. He is now one of the most important leader of the workers movement. He is now the General Coordinator of the trade union: the National Central of the Haitians Worker’s (CNOHA).