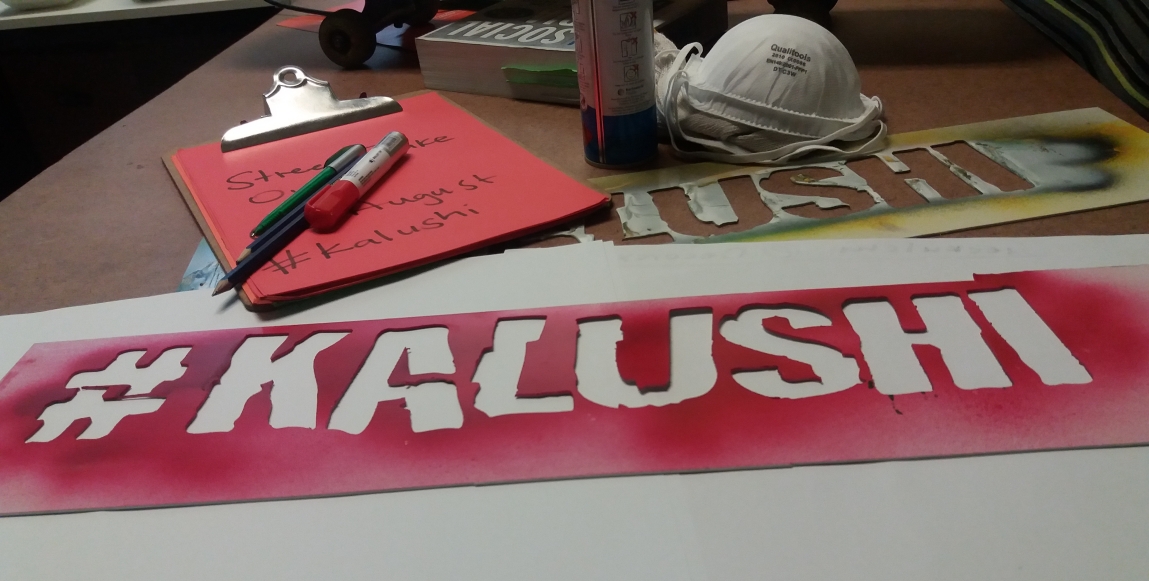 Solomon Kalushi Mahlangu was hanged on this day 38 years ago.

He was wrongfully charged with two counts of murder and three charges under the Terrorism Act. He was 22 years old.

Mahlangu joined the ANC in 1976 and went to Angola and Mozambique to train with the Umkhonto we Sizwe (MK). Five days before the first anniversary of the June 16 Uprising, he returned to South Africa to participate in student protests.

When he tried to catch a taxi to Soweto from central Johannesburg on June 13, 1977,
a black policeman confronted him and his companions, Mondy Johannes Motloung and George “Lucky” Mahlangu. As the policeman grabbed a bag, a hand grenade and an AK-47 rifle fell out. Lucky Mahlangu ran in the direction of Park station, escaping.

Solomon Mahlangu and Motloung ran in the direction of John Vorster Square. Mahlangu was shot in the ankle and took cover in a John Orr’s warehouse. Motloung entered the warehouse and fired shots, killing two of John Orr’s employees.

Police surrounded the area and Mahlangu and Motloung were caught and beaten by onlookers and the police, then arrested and detained at the nearby John Vorster Square Prison.

Mahlangu was so brutally tortured during the course of his capture that he had suffered severe brain damage and was unfit to stand trial. However, he was prosecuted under the law of common purpose.

Mahlangu was hanged at the Pretoria Central Prison on 6 April 1979. It is believed that this day of execution was chosen to deliberately coincide with the 327th anniversary of Jan van Riebeeck’s arrival at the Cape.

Before he was executed, Mahlangu reportedly said: “My blood will nourish the tree that will bear the fruits of freedom. Tell my people that I love them. They must continue the fight.”

Mahlangu is a symbol of resistance for the youth. His praise song became the song of the #FeesMustFall movement. The lyrics resonate with those fighting against white domination.

A movie based on his life, Kalushi, was released in South African cinemas on March 10, 2017. It won the Best Film Award at the annual Luxor African Film Festival in Egypt. Watch the trailer here.