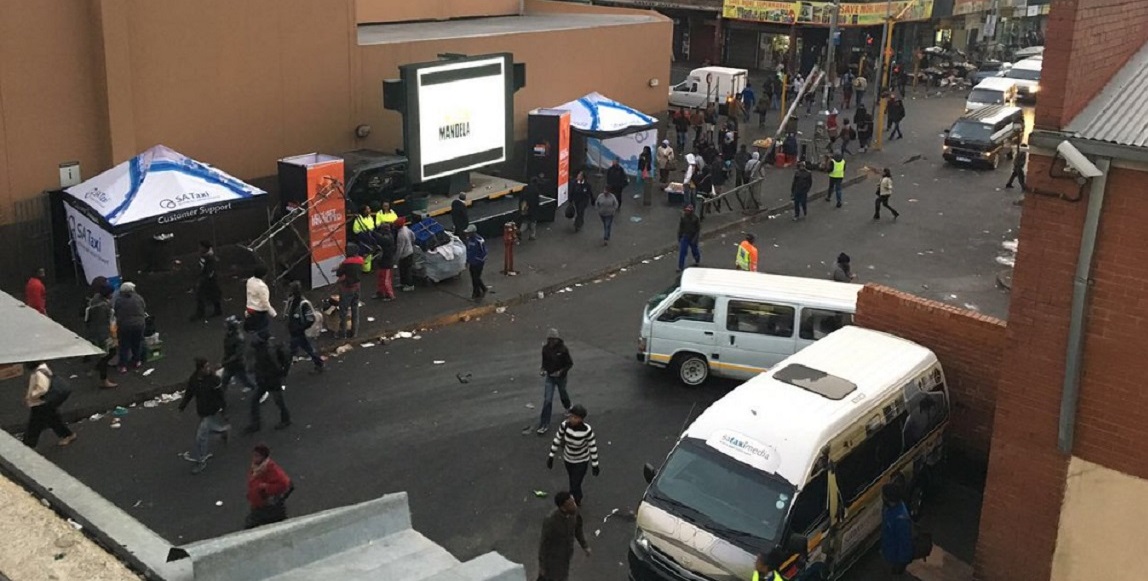 South Africa has one of the highest rates of sexual violence in the world. Harassment and sexual violence towards women using public transport are also rife. According to ActionAid SA (an organisation which focuses on people who face discrimination) , 69% of women who use public transport say they have witnessed sexual violence and/or harassment. The Daily Vox spoke to young people at taxi ranks in Johannesburg to find out how they think this could be prevented. Mfundo Mtintsilana, 21, student, Alice (right)
The problem is how society is shaped, how society raises our men. Yes, women do rape and commit sexual violence, but men are the ones who tend to do this a lot. How we raise our men has to change, the conversations we have need to change. Conversations among men themselves need to change. Even women need to stop allowing men to say objectifying things about women because it kinda feeds into rape culture.

ActionAid (2017) also found out that 56% of women who commute via taxi say they have experienced violence or harassment. In March this year, three men were arrested in connection with several rapes allegedly committed on a minibus taxi travelling around Johannesburg. Makana Matthews, 21, student, Braamfontein
I donâ€™t think victims can avoid getting raped, hence the hashtag #MenAreTrash. Because when a woman walks down the street, any man feels this unknown urge to take advantage of them. Also to say, how rape can be avoided, is kinda putting the responsibility and blame on those who fall victim to it. Thatâ€™s also the messed up part, society always blames the victim for being raped, because how theyâ€™re dressed was an invitation to do whatever. Lindokuhle Bhengu, 25, musician and photographer, Soweto
To avoid getting raped, I think people should go in groups. Avoid going alone in dark spaces and stuff. But I canâ€™t say itâ€™s the victimâ€™s fault. Itâ€™s their lives, people are allowed to dress how they want to. People who rape are the ones who have an answer to this. The only way to prevent rape is to change the mind of the rapists, which is not an easy job. I donâ€™t know how we can do that, but if we can get into the minds of the rapists then maybe that could help, maybe we could find a strategy. Itâ€™s all in the mind of the perpetrator. The guy who does it is the one with the problem, not the victim.

Only 200 out of 55 000 taxi drivers, under Santaco, have received training on how to fight sexual violence in the taxi industry . Joburgers believe we need to change the way men are educated about gender and women. Kudi*, 29, Auckland Park
If you get raped, then you get raped. It just happens. If itâ€™s something thatâ€™s meant to happen, itâ€™s gonna happen. But at the same time, Iâ€™m not saying itâ€™s a good thing. It is a bad thing. But maybe if you can watch where you chill, who you chill with, [youâ€™ll be safer]. These things happen man.