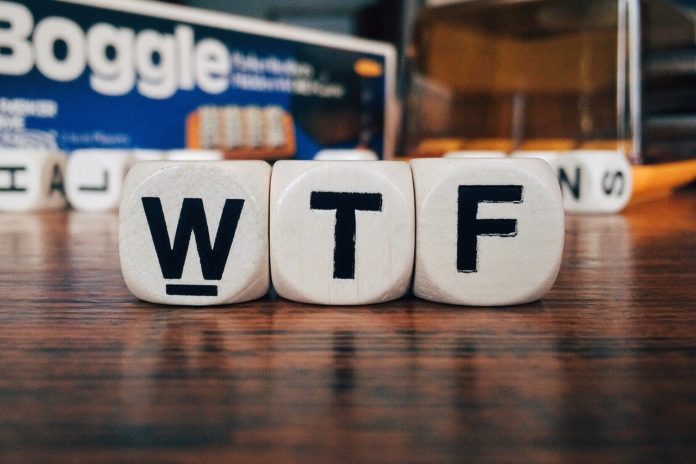 Without a doubt, the road to the 2021 local government elections has been paved with chaos and controversies. The Daily Vox takes a closer look into 3 ‘WTF’ moments that took place in the lead up to elections.

Campaigning season started with a bang. It was discovered that a stadium worth R15 million in the Eastern Cape was not a stadium at all. In fact, the ‘sports facility’ was an empty field, save for some broken goal posts and old bleachers. This sparked a huge outcry on social media.

How could R15 million have been spent on a sub-par sporting ground? It slowly began to emerge that corruption was afoot in Lesseyton, Komani. A rural village with few amenities and no running water, Lesseyton was no place to erect an expensive stadium.

The scandal is being tied to African National Congress (ANC) members in the Enoch Mgijima municipality. Scathing criticism poured in from other political parties and the public. The Eastern Cape MEC called for an explanation and sought to hold the guilty parties accountable. To date, no one has taken the blame for the stadium which is certainly not worth R15 million.

South Africa’s political fabric was threatened in July when protests began to spread across KwaZulu Natal and Gauteng. Protesting soon turned to looting and KZN descended into chaos. Phoenix was particularly hard hit. The situation quickly escalated and developed a racial dimension. Approximately 30 people were killed in the reported racial violence.

Like all parties, the Democratic Alliance (DA) put up posters as a part of its campaign trail. DA posters in Phoenix stirred up a commotion. Captioned “The ANC called you racists, the DA calls you heroes,” the posters appeared to be appealing to the Indian community in Phoenix.

Allegations of racism surfaced when the Indian community in Phoenix mobilised and took up arms under the banner of protecting themselves. During the unrest, members of the Indian community shot at looters and other protestors, some of whom lost their lives. Indian people were reportedly targeting any and all black people, whether they appeared to be threats or not.

The government of KwaZulu Natal called for the easing of racial tension following the outbreak of violence. The DA monopolised on the ANC’s call for calm and appeared to commend those who took up arms in their election posters. Not well received, the posters were quickly removed and parties tasked with putting them up questioned their motives.

The DA in conversation with Gareth Cliff

Criticised for his controversial takes in the past, Cliff once again proved his bias. Cliff hosted Mudzuli Rakhivane of One Movement SA and DA leader John Steenhuisen, on his podcast, The Burning Platform. The discussion quickly turned sour when Cliff dismissed Rakhivane’s explanation of her experience with racism as a black woman.

Cliff was critiqued for silencing Rakhivane while Steenhuisen simply looked on. According to Cliff, racism is not a prevalent problem which affects the day-to-day lives of South Africans. Millions of black South Africans would most likely disagree with this statement. Racism is most certainly woven into the South African experience and cannot be dismissed so quickly. It affects almost all citizens and typically disadvantages black people. The legacies of apartheid run deep and cannot be easily forgotten.

Following the controversy, Nando’s pulled its corporate sponsorship of Cliff in an ambiguously worded statement. Steenhuisen was heavily criticised for his failure to intervene in Cliff’s shutting down of Rakhivane.