Home Beyond Fees Must Fall SONA Debate: Did The #FeesMustFall MPs Give Me Something To Look Forward...
WhatsApp
Facebook
Twitter
Email
Print 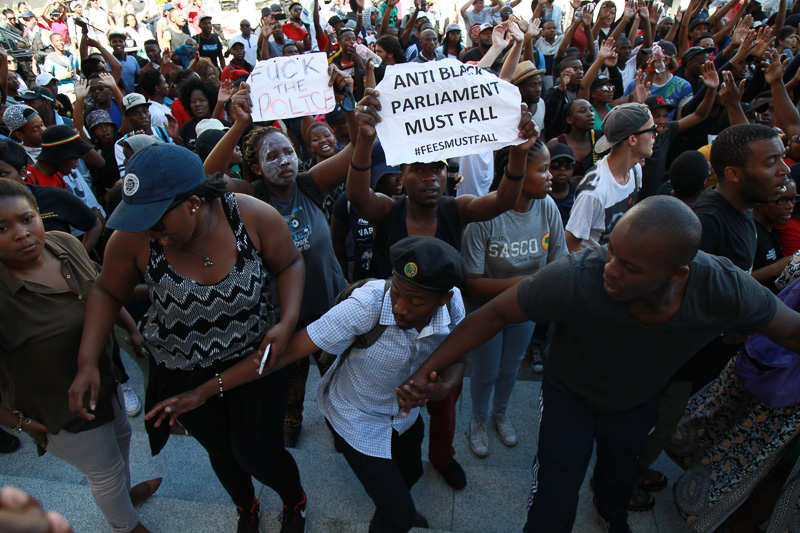 A wave of novelty visited my senses as I watched the State of the Nation Address (SONA) debate on Tuesday afternoon. Nompendulo Mkhatshwa (former Wits SRC president) and Economic Freedom Fighters (EFF) member Naledi Chirwa spoke to the very issues that plagued us during the Fees Must Fall movement. From free education to the intersectional question of gender, class, race and sexuality, writes FUNZANI MTEMBU.

I can only imagine the pressure they were under, with a constituency of students and youth with radical and unconventional ideas. Having being afforded the platform to represent a heavily critical and outspoken section of the population.

Will we be seeing a threat on ageism and dried out ideas on how to move the country forward in the 6th Parliament? As a part of the youth referred to as “fallists” it did not come as a surprise, to witness the necessary ideas brought forth by Mkhatshwa, who led the fees must fall movement in 2015. And Chirwa, who was part of the must fall movement at the University of Pretoria.

Mkhatshwa was the first to take to the podium amongst the two. One has to understand that the mandate of African National Congress (ANC) members in SONA debates is to reaffirm and gate keep what the president had presented in the SONA. This understanding will allow you an appreciation of the delivery of Mkhatshwa’s maiden speech.

She challenged the very idea of having to do the work of gatekeeping by virtue of being an ANC member. Challenging the president’s appointment of 50% women in cabinet, she asserted: “The scourge of patriarchy will not go away by simply appointing women in leadership roles, because having a seat at the table doesn’t mean you are on the menu.”

This has been one of the topics at the center of gender discourse: the idea of women being appointed into positions of power, yet have no leverage in which to exercise this power. As someone who is also in a space which is male and white dominated (banking and finance), I dread an appointment that would have me serve as a token, with no influence nor power in my ideas and words. And this is a problem that does not only exist within political parties but is a structural problem. Women being put in positions where they have to constantly defend their voices necessitates a strong solidarity from women in all facets of the country.

Chirwa came shortly after. What made her distinct was pointing out to the president that his speech was “stale, empty and meaningless” as it failed to identify Thandi. This being a character in her narration who embodies the lived experiences of the black youth in this country.

She accuses the ANC with “being complicit in the murders” of two students who died during the Fees must fall movement, Benjamin Phehla and Bongani Madonsela, and brings back awareness on the incarceration of Khaya Cekeshe, before she could finish, various interruptions from ANC MPs ensued, and she was eventually forced to back down.

It is the way in which the deputy speaker spoke to Chirwa that is at first glance, cringeworthy and opened the conversation, at least in my own corner, about the dynamics of ageism. The deputy speaker condescendingly instructs Chirwa to stop speaking but the tone is one that sounds like an elder talking to a toddler.

With all that being said I’d hate to be a praise singer with no critique to offer the group of “youth” making waves in parliamentary politics. I think there is a sense that youth and in particular black women can only be concerned with the social politics of the country. Very necessarily so we should be, but it would be a grave mistake to not challenge ourselves to transcend beyond this narrowed box.

Much of the conversation and research on the economy of Africa, viable economic policies, artificial intelligence, industrialisation and the judiciary is predominated by white people and men. My dread is to have a creation of policies and technologies which bring black people, and black women in particular, to the fore as an afterthought. It is perhaps then necessary that in all corners which we find ourselves in, we expand our thinking and apply ourselves in broadly.

It would have been great to hear both Mkhatshwa and Chirwa speak about the importance of inclusion of women and LGBTQ community in the process of industrialization. But emphasising that they should in actual fact be at the center of industrialisation, of economic policies that are drawn and reformed and other important yet untouched spheres of the country.

This will be borne out of the understanding that a centering of these communities in these spheres means no one is left behind. And when no one is left behind we offer ourselves and the country a much larger base for creativity, business opportunities and a productive economy which will self sustain. This has a trickle-down effect of safer communities and space to begin to think about what a united Africa would look like.

Funzani Mtembu is an investment analyst, an activist, post-grad student at Wits and an advocate for a feminist economy and Pan Africanism. She writes and speaks on her own capacity on subjects such as feminism, political economy and social movements.

The views expressed in this article are the authors’ own and do not necessarily reflect the editorial policies of The Daily Vox. 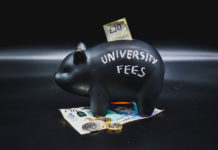