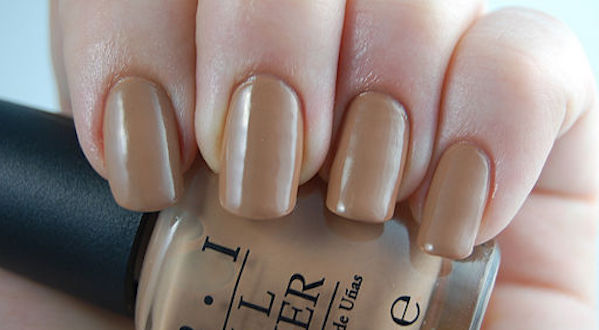 Naomi Wolfâ€™s sentiments from her book: â€œThe Beauty Myth: How Images of Beauty are used against Womenâ€ sprung to mind as I drove on the M1 North on Tuesday. The refreshing feel of a new billboard on the highway was mutilated by the sexist drivel I encountered in the form of Sorbetâ€™s new advertising campaign.

Sorbet markets itself as a â€œnationwide beauty therapy hubâ€. What they donâ€™t tell us is that their idea of â€œbeautyâ€ is one which perpetuates and deeply entrenches patriarchy, using a negative body image to subjugate and diminish women. The billboard reads: â€œHey Steve, Meet Nancy! Youâ€™re not alone. Sheâ€™s unpolished, unwaxed and unloved.â€

The advert is part of a national â€œItâ€™s not ok, Nancy!â€ campaign launched by the protectors of male dominance, Sorbet. Whilst a clever play on FNBâ€™s â€œSteveâ€ campaign, Sorbet wins no smart points for this advert which advances sexism in a way so severe, it would make even the most subservient woman cringe in her seat. Speaking about the campaign, Sorbetâ€™s marketing manager, Jade Kirkel, said (as seen on their website): â€œThe unassuming and ungroomed universe of Nancy is an endearing one. She’s a well-meaning character that has a crush on Steve but sadly lacks in self-esteem. She needs a confidence boost, and it’s our job to help her.â€ Kirkel pointed out that the aim of the campaign is â€œto educate the aspirant female grooming generation on the importance of being well-kempt in business, home and lifestyleâ€ and that â€œher presence amongst us should not be confused purely with the pursuit of Steve.â€

Iâ€™m sorry. As a female human, I really do not need to be â€œeducatedâ€ on how important being â€œwell-kemptâ€ is, especially when the definition of â€œwell-kemptâ€ is one which tells me that unless I wax, shave and polish myself, Iâ€™m unloved and lack self-esteem. Furthermore, I find it hard to believe that, in a society which uses unrealistic images of beauty against women, shaving my legs and polishing my nails will improve my positioning as a victim of a patriarchal system.

The idea that a womanâ€™s identity, her social standing and the way she feels about herself must be premised on this idea of beauty is problematic. What this does is place women in a perpetual state of vulnerability â€“ constantly holding onto the construction of self-esteem as an organ, waiting for approval from the male gaze.

This fictional Nancy is being marked as someone who has a crush on our friend, Steve. To begin the advertising campaign by saying that Nancy is determined to meet Steve and then shifting the focal point from Steve is rubbish, to say the least. The message portrayed here is clear: Ladies, if you want to get a man (no matter how useless he is at banking), you need to be polished and waxed. If, heaven forbid, you havenâ€™t waxed your eyebrows or polished your nails, then you obviously have self-esteem issues and are unloved â€“ because those things are mutually exclusive, because in order to love yourself, you need to project an image that satisfies the male lens, because unless you project that image, youâ€™re an untouchable, because patriarchy always, always wins.

This campaign tells women that the only affirmation that counts is the one which comes from beauty. What they donâ€™t tell you is that this affirmation is a superficial one and is the result of the historical perpetuation of subordination and oppression. This notion of beauty is something that has more to do with men and male institutions than it has to do with women.

In the most basic sense, conceptions of beauty are meant to regulate behaviour rather than appearance. By using beauty as a regulating factor, society is able to create competition between women and, if women remain divided, they are no longer a threat to male dominated institutions of power â€“ Nancy needs to improve herself otherwise someone else may snap up Steve!

Of course, when women have the audacity to rise up in business, in the academy and even in the home, the only way to maintain male domination is through economics. In order to keep economic flow constant, women need to feel that they are worth less than if they donâ€™t conform and in order to increase their worth, they need to purchase self-improvement products which will enhance their beauty and subsequently, their value. Thus, prescribing behaviour for pure economic gain has now been masked as social virtue.

Whilst women during the Industrial Revolution were made to feel like they had to achieve domesticity, women now have the ideal notion of beauty towards which they are expected to strive. Notice how no one knows what Steve looks like yet we can picture Nancy as a (probably) overweight, hairy-legged beast lurking at FNB, waiting for Steve to show up. Thanks, Sorbet.

These images of beauty are violent, to say the least. Perhaps, however, in challenging the violence of beauty ourselves, serious thought needs to be given to the definition of what it means to be a woman in contemporary society and whether or not her lived experiences and the ways in which these experiences inform her identity have any bearing on that definition.

Sadly, in the public realm, it is naÃ¯ve to assume that spheres of misogyny can be changed. If one were to look at the advertising sphere, for example, one would realise that the industry thrives on the attack of womenâ€™s self-esteem. If the industry were to suddenly include women as equals, it simply would not thrive. It prides itself on regulating women through hetero-normative notions of femininity.

The solution? Deregister from university, dear female academics! Leave your positions as directors of companies and as people who can and will change the world and get to your nearest Sorbet store! Your self-esteem and the ability for any man to love you depends on it! As for that equality thing? Who needs it when you could have smooth legs and pretty nails? Pearl Pillay is the Head of Research and Policy at Youth Lab. She is currently completing her Masters degree in Political Studies at Wits University.