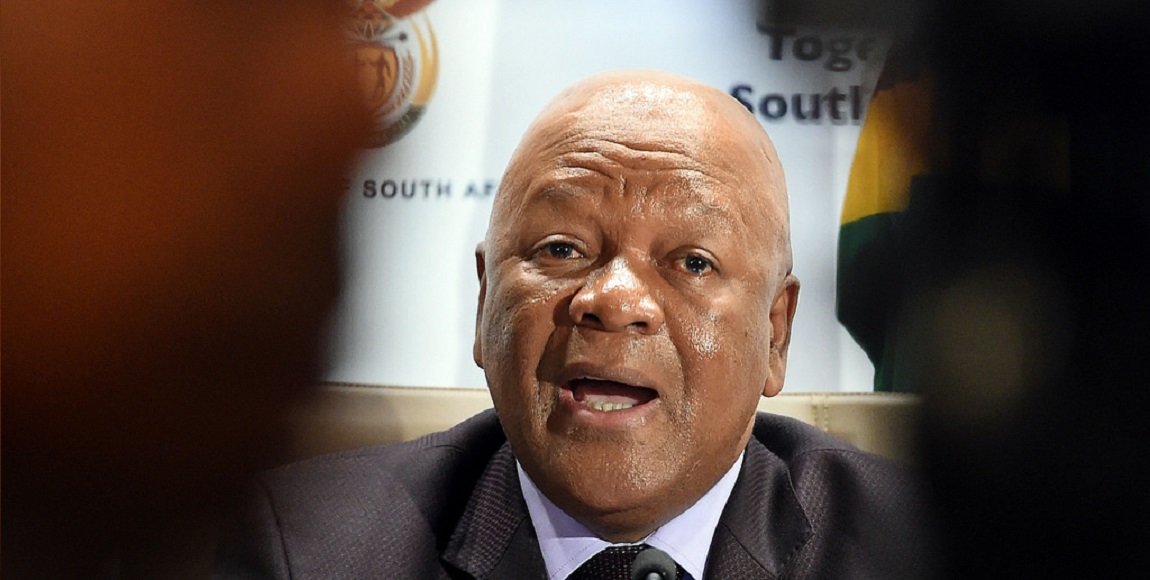 South African leaders have been getting away with their abuse of women for years. This time, itâ€™s the turn of Minister in the Presidency, Jeff Radebe.

On Monday, Radebe apologised unreservedly for sexting with a subordinate.

This came after the Sunday Time published racy exchanges between Siyasanga Mbambani, a photographer for the Government Communication and Information System (GCIS) and Radebe.
The 64-year-old minister badgered Mbambani with texts asking for pictures taken from â€œdownâ€, referring to her genitals. Another read, “C.l.i.t is requested.” The text has quickly joined local meme culture.

Mbambani was suspended for being “improperly close” to politicians at the Union Buildings, but this was after she filed several complaints about her boss. She also claimed Radebe told her to dress properly when covering the presidency. Mbambani was accused of flashing her breasts to the president and deputy president.

Government, meanwhile has been largely silent on this matter. ANC stalwart, Winnie Mandela commended Radebe for taking responsibility for his actions. She was quoted saying, â€œThis is the kind of leadership we require. We all make mistakes, and we must take responsibility for them. It takes a real man to apologiseâ€š and Jeff has done that.â€

But for a woman to praise Radebe is highly problematic because it points to internalised misogyny.

Frankly, Radebeâ€™s actions simply verify the growing belief that #MenAreTrash. Radebe preyed on a subordinate who was younger and less empowered than he was. HarassmentÂ does not have to be physical. Radebe may not have been catcalling a woman on the street, but he was just as disrespectful and misogynistic. By sending these unsolicited lewd messages, Radebe displayed disregard for her integrity and saw her only as a sex object.

But as South Africans, we are used to our leaders having skeletons in their closet. Jacob Zuma, Zwelinzima Vavi and other leaders have been accused of serious offences like rape and simply gone on with their lives.

So why was Mbambani suspended after filing complaints about Radebe – and why has Jeff Radebe not been brought to book for requesting C.l.i.t.? You would expect a man in a high position to carry himself in a professional manner.

We asked Professor Rachel Jewkes, Unit Director of the Gender and Health Unit of the Medical Research Council, to help us make sense of this. â€œSexual harassment is a pervasive problem in South Africa. This is by no means a one off experience,â€™ she said.

Jewkes said this sexting incident was indicative of the ways men in power exert sexualised control over the environment they’re in, and that this is done to the detriment of women.

Sexual harassment, she said, occurs on a broad spectrum. â€œOn one end is the mild inappropriate propositioning and then backing off when someone says no. The heavier end of sexual harassment includes repeated and persistent chasing-after which merges into denying women opportunities if they donâ€™t accept the sexual advancements from men,â€ she said.

And yet, aside from a few snarky memes, thereâ€™s been very little public outrage over the incident.

Ultimately, we have leaders who have been trash and who are not being held accountable for their actions. In summary, even at the highest levels of government, #MenAreTrash.