Home Climate Change South Africa gets a seat at the table of a new series...
WhatsApp
Facebook
Twitter
Email
Print 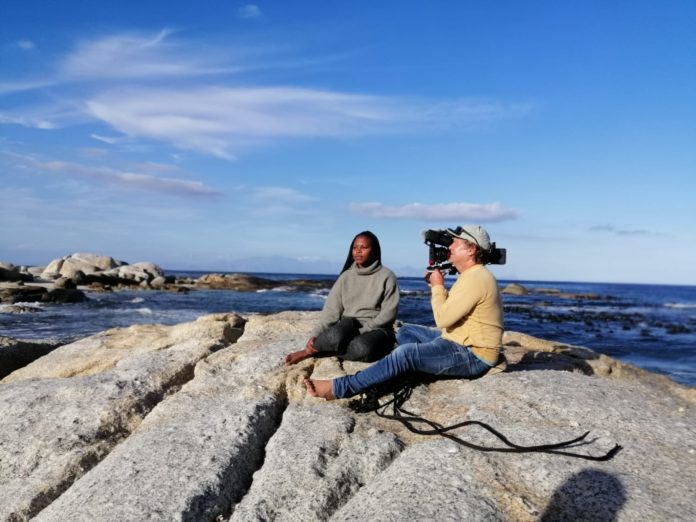 South African Emmy award-winning cinematographer and director Lee Doig has collaborated with acclaimed international filmmakers to produce A Seat At The Table. The series aims to highlight the devastating impacts of and innovative solutions to climate change. The series includes interviews with legendary documentary maker Sir David Attenborough and primatologist Jane Goodall.

Doig shot and directed an episode of the 12-part YouTube Originals series, which follows climate activist and documentary maker Jack Harries on his journey to the United Nations’ Cop26. This is one of the most important global climate change meetings in history, in Glasgow now. On his low-carbon journey, Harries gathers the stories of under-represented young people on the front lines of climate change around the world. He will present to world leaders at COP26, giving them A Seat at the Table.

What is A Seat at the Table series?

It is a YouTube Originals series of 12 episodes that follows YouTube documentary maker and climate activist Jack Harries on a journey to the United Nations Cop26 summit in Glasgow. Along the way, he speaks to young, under-represented people who are making a difference to stop the damage that is happening to the climate and documents their stories.

In conversation with Raeesah Noor-Mahomed, climate and intersectional activist

He has taken these stories to Cop26 to show to world leaders and so give these young people A Seat at the Table, giving them a voice at what is probably the most important climate conference yet.

Harries also speaks to his biggest hero, Sir David Attenborough, who referenced their interview at Cop26, as well as renowned primatologist Dame Jane Goodall, whose study of chimpanzees is regarded as ground-breaking.

Who features in the series?

It begins with an interview with Sir Attenborough and features climate change allies in Africa, Thailand, India, Morocco, and Greenland, including Dame Goodall, Jamal Edwards, Poppy Okotcha, Simon Amstell and more. Harries explores some of the less discussed issues around climate change such as equality, food and mental health and how each one is specifically impacted by climate change. He shows how those affected most by climate change are the poor.

That last sentence is the one that drew us as a company to telling this story. Giving a voice to the poor, and showing how developed countries are making decisions that affect them.

What does the episode you shot focus on, and who are the South Africans in it?

Our focus was on carbon capture and the importance of the kelp forests near the shoreline in storing carbon and stopping its release into the atmosphere. It’s about fighting climate change with nature.

Marine scientist Thando Mazomba has studied the forests and describes them as a “moving painting” because of their colours, but also explains how because it is one of the fastest-growing algaes – about 1cm a day – it draws carbon dioxide out of the atmosphere at an incredible rate. Rising ocean temperatures can affect the ecosystems they grow in, which would hurt their role in regulating carbon in the atmosphere.

You can view the episode (launched 3 Nov) here:

Tell us about Let It Rain Films.

Let It Rain is a production company started and owned by myself and producer Sam Kelly. We have been behind the highly-successful Outsurance ads, and a number of big campaigns through Africa.

We want to make meaningful work that brings change in the world.

You are one of very few South Africans to win an Emmy.

I’ve been active on international reality shows, and have been with Survivor USA since the sixth season, and I still work for them.

I have been nominated for 13 Emmys and won one for cinematography on Survivor. Those were the shows that started reality television. I started on season six, and it’s been going for over 20 years. Getting paid in dollars to sit on an island in the South Pacific can’t be all that bad.

I’ve also worked on The Amazing Race and we were the production team behind Real Housewives of Durban. Those reality shows are about storytelling, defining and  identifying characters and developing a narrative.

How did you get into film-making?

I tried to make it as a professional footballer, and had trials at Portsmouth in the UK. I played for AmaZulu for a while.

My dad, Tommy, was a legendary war cameraman, who travelled the world following wars for American TV. So I always had a visual way of telling stories and using a camera was the best way of doing that.

I followed him into the industry despite saying I never would. I spent two years in Iraq and Afghanistan after a spell in London working for Janet Street-Porter and then on the Amazing Race.

Why is Seat at the Table important to you?

I live in Kommetjie and am a surfer. Being a surfer I’ve been to a lot of places around the world through Survivor and I’ve seen what plastic pollution, bleaching of reefs and what climate change has done. With the ocean being a large part of my life, this film resonated with me. It’s been a privilege for me to be part of this. Every two breaths we take comes back from the ocean. Living in a town like Kommetjie, and dealing with people who interact with the ocean and trying to make a difference, that’s important and a privilege.

All text and images provided by KAMuses