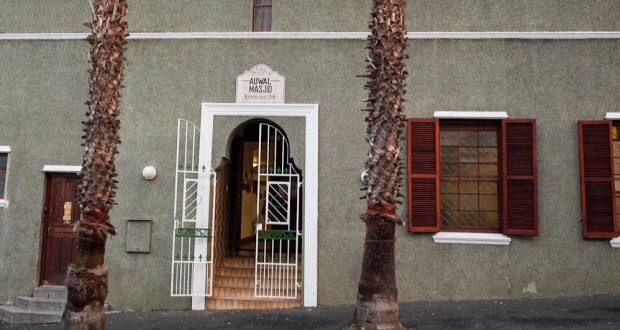 Muslim travellers make up a massive percentage in the global tourism sector – and people are starting to take notice. According to the 2015 Global Muslim Travel IndexÂ by Singapore-based halal travel specialist CrescentRating and MasterCard, this sector was worth $145-billion in 2014, with 108 million Muslim travellers. It is expected to grow to $200 billion in 2020, with Muslim travellers set to increase to 150-million that year.

Besides countries with large Muslim populations such as Malaysia or the MENA region (like the United Arab Emirates and Egypt) being the only options for halal travel, countries such as Australia and Thailand are eyeing their share of the Muslim tourist market by focusing on faith-based needs such as halaal food, separate spas for women, and prayer rooms in malls and airports.

And South Africa too is fast cementing itself as a firm contender as a holiday destination for Muslims worldwide. It has begun to gain traction across the world as a destination that caters not only to the Muslim population of South Africa – which comprise less than 2% of the total country population – but also as a place that is accommodative to Muslims from all over the world, who seek to enjoy their holidays without having to make sacrifices in order to cater to their religious needs.

Halal tourism is also slowly gaining traction in South Africa, with a proliferation of Muslim-owned and -operated B&Bs and guesthouses. â€œItâ€™s the fastest growing sector of tourism in the world,â€ says Nazreen Salie, chief executive of Cape Malay Tours. But she believes it remains an untapped market in South Africa. â€œAfter 9/11, South Africa lost the opportunity to be an alternative to the United States and Europe. How many of our five-star and four-star hotels, for example, have a halaal-certified kitchen?â€ says Salie.

Salie believes that South Africa is playing catch-up with the rest of the world, in terms of tourism and being tourists. â€œThe halal logo is the mark of assurance, and [having] tourism products and services in line with Islamic beliefs means that it is becoming more marketableâ€.

The types of accommodation that is available to Muslim travellers varies, and can be tailored to what kind of holiday they prefer. There are a number of game lodges in South Africa which are both either fully Muslim-owned, or Muslim-friendly (meaning that while not exclusively halal, prior arrangements can be made to accommodate halal needs).

International halal travel site HalalTrip.com offers a full Spectacular South Africa tour, with stops in Johannesburg (including Soweto), all the way up to the Kruger Park, before a full tour and beach holiday in Cape Town – the first place where Islam came to South Africa. Local site, Stay HalaalÂ showcases a number of halal accommodation options across South Africa.

Join us to experience the sheer amazement & understand the traces of the 1st Muslims in South Africaâ€™s Mother City! https://t.co/MSyTOV9IHn pic.twitter.com/5CVJJjIZFP

The term “halal” refers to a product that adheres to Islamic law relating to permissibility for consumption. There is no shortage of halal food in South Africa, no matter where you may be. For convenience sake, most of the big international franchises in South Africa – such as McDonalds, Burger King, and KFC – are not only widely available, but also certified halal by halal authority bodies. â€œWe take great pride in the quality of our food, the customer experience and our local communities. At McDonalds, traceability is a key requirement within our supply chain. Due to our stringent quality control practices, we are able to trace our food within our supply chain. As already mentioned, McDonaldâ€™s South Africa ensures that all our meat is 100% Halaal certified and sourced only from Halaal certified suppliers,â€ says McDonalds South Africa on their website.

@fvw_faaima Hi, all SA BURGER KINGÂ® stores are Halaal. We chose to be Halaal so that all of SA can enjoy BURGER KINGÂ® without hesitation.

Besides the chains though, there are plenty of halal eateries across the country. Halal food is easily accessible, and Muslim tourists have many options – everything from traditional curries to schwarmas and steak.

â€œUnlike Europe and North America, the discussions in South Africa relating to religious freedom do not center on the extent to which religion can be excluded from the public domain but rather the extent to which it can be accommodated,â€ writes Dr Waheeda Amien.

In practice there is also general tolerance within South African society, and far less Islamophobia than is apparent in places such as North America and Europe. Muslim women face far less harassment, and people are generally agreeable and supportive of the need for Muslims to fulfil religious obligations and observe holy days. While there are isolated incidences of intolerance and harassment, given the countryâ€™s history of inequality and its lasting effects, for the most part there is general honouring of the constitutional decree respecting freedom of religion.

Auwal Mosque in the Bo-Kaap was built by the first Muslims in the country, who came from Indonesia, in 1798. Since then, as Islam has grown in South Africa, so has accessibility to mosques across the country. You can find mosques or jamaat khanasÂ (prayer rooms) in every nook and cranny – even in the middle of the Karoo – there are literally hundreds.

You can find a comprehensive list of mosques across the country here.