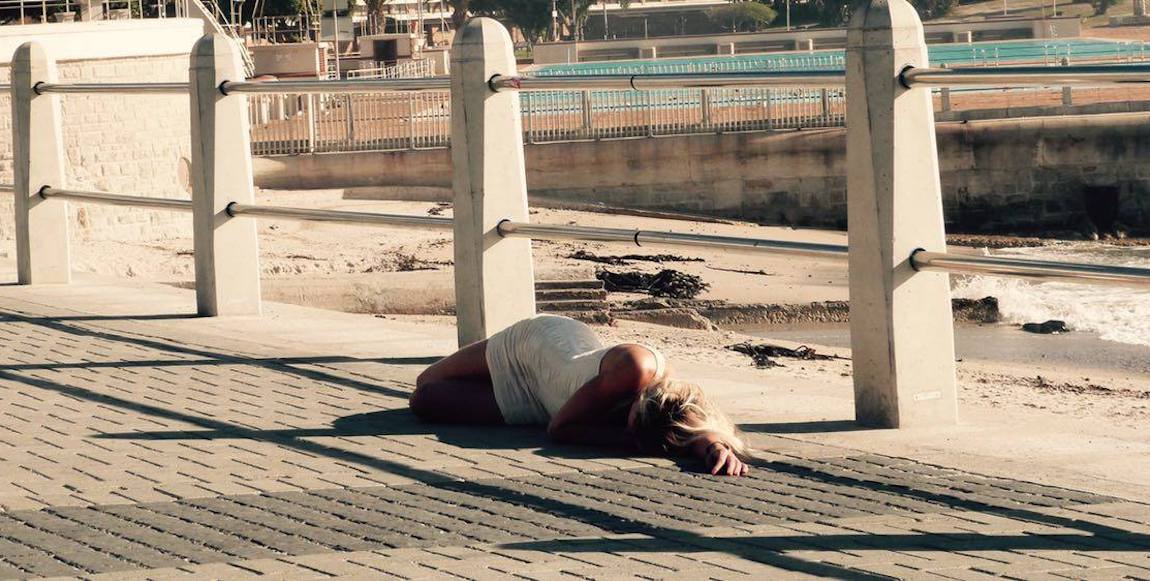 Cut-Out Girls is a play-turned-feature-film project by Cape Town art students from ACT Cape Town, aimed at raising awareness about rape, date rape, and rape culture. The project was written and directed by Nicola Hanekom. The Daily Vox team chatted to Ashleigh van der Hoven, one of the actors involved in the project, about the film.

What was the inspiration behind the project?

We were in art school together along with Nicola (the director and writer) and she wrote a play for our final year theatre production. Nicola wrote the play Girls Just Wanna Have FunÂ for our project. We were a predominantly female cast; there were only two guys in the cast. She thought about what affects young people, and what could she write about it. So she stumbled upon the idea of date rape. We didn’t really expect audiences to react to the theme.

We actually opened in the week that Brock Turner was sentenced to three months in jail, which was disgusting. This was in June last year. So it came at an eerily important time, and also obviously the campus rapes had people protesting all over the world. So it had a very transformative impact on audiences. Nicola thought this belonged in a feature film and she wrote Cut-Out Girls based on the play. We were actually invited to perform the play at Stellenbosch Woordfees this year. So we performed it again in March.

What do you hope to achieve with the film?

I think we hope firstly to make a great piece of cinema. It is a thriller so we want it to be riveting and a great cinematic experience. But more than that, there’s two things we hope to achieve: for people watching the film, if it’s men or guys or young boys, to realise the fine line between crossing over into criminal. Because in the film, one of the big things is about the two guys that rape – the one guy is incredibly remorseful. He’s almost suicidal. So if we can actually show you [that people] don’t wait in the corner with a black hood on to be rapist, that’s not what a rapist looks like. If we can have guys realise this and second-guess their actions and the way that they treat women, that would be amazing.

What’s also really important is that people who have been victims of rape, date rape and sexual assault and survived it can feel like their stories are being told. The big theme around rape culture is the silence, and how women are embarrassed to speak out and feel shamed by it. So being able to put this story out there is important. As an actor when I read the script I was brought to tears, and because we’re all new to the industry this is a dream come true for the cast. Nicola has written the most exquisite script. She’s hit all the right notes in terms of the themes that come up around rape and issues around it.

You recently ran a crowdfunding campaign for the film. Was it a success?

We managed to raise 45% of what we were aiming for through the crowdfunding, which we can still make the movie on. The amazing thing that came out of the crowdfunding and people talking to other people, is that we had people outside of the crowdfunding project give us big sums of money. They were like, “we love your story, here’s x amount of money”. So we’ve raised enough. We were initially going to shoot it in three weeks and now we’ve raised enough money to shoot it in four weeks. So we’ve done well on that front.

How will you make the transition from a play to a film?

So the film is only based on the play. In the play, the guys are kinda caught and there’s a sense that they pay for what they’ve done. The movie takes place six months after the guys raped the girls. It looks at where the girls are, where the guys are, and how are the girls dealing with the trauma. It will cleverly flashback to those nights that it happened and what was going on at the time. It goes back and forth.

Why did you decide to donate 10% of the film’s proceeds to Rape Crisis?

It was just important for us to give back. It is a date rape awareness project, but it is also a film. So we wanted to use the entertainment aspect to give back to Rape Crisis and the people that are genuinely affected by this ordeal. So we spoke to them and they were happy that we could do that for them.

How will the film be distributed?

We have been speaking to a South African network, I’m not able to say who as yet. However, they do want rights to it, so they’ll be able to play it for three months on their channel. And from there we’d love to be able to send it to festivals. But we have lots of interest. The one distribution deal is almost certainly going to happen, but the rest of it, for example, distribution to a cinema, we’ll have to cross that bridge when we get there.

The Cut-Out Girls crowdfunding initiative is over but if you would like to still contribute to the project, click here.