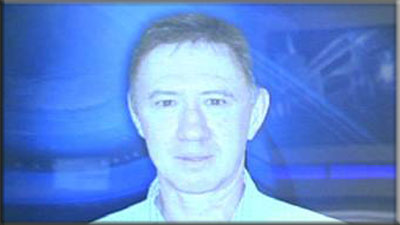 Pierre Korkie, theÂ South African hostage killed in Yemen on Saturday, was meantÂ to have beenÂ released the next day. The charity, Gift of the Givers, headed by Dr Imtiaaz Sooliman, said Korkie was set to be released after a team had negotiated his release.

Korkie, held by Al-Qaeda since May 2013, was killed on Saturday when American and Yemeni forces tried to rescue photojournalist Luke Somers purportedly after receiving information that Somers was in “imminent danger”.

According to Sooliman, a team ofÂ Abyan leaders are said to have metÂ in Aden on Saturday morningÂ and were preparing the final securityÂ and logistical arrangements, related to hostage release mechanisms, to bring KorkieÂ to safety and freedom. “It is even more tragic that the words we usedÂ in a conversation with Yolande at 5:59 this morning was: ‘The wait is almost over’,” Gift of the Givers said. Â “The psychological and emotional devastation to Yolande and her familyÂ will be compounded by the knowledge that Pierre was to be released byÂ Al-Qaeda tomorrow.”Â

It isÂ still unclear whetherÂ the South African or American government wasÂ aware that Gift of the Givers had successfully negotiated Korkie’s release.

Nelson Kgwete, a spokesman for the Department of International Relations and Cooperation, is reported by ENCA, to have said thatÂ US Special Forces are in possession of Korkie’s body. Â Dirco is said to be in the process ofÂ making arrangements for the repatriation of the body.

“The White House released a statement in which Obama did not mentionÂ Korkie, but said his office had “authorized the rescue of any otherÂ hostages held in the same location asÂ Luke,” the AP news agency reported.

Korkie was kidnapped in the Yemeni city of Taiz in May 2013, alongÂ with his wife Yolande.

Al-Qaeda eventually released Yolande after the Gift of the GiversÂ helped negotiate for her freedom.

It was reported that Al-Qaeda had demandedÂ up to $3 million in ransom forÂ Pierre’sÂ release.