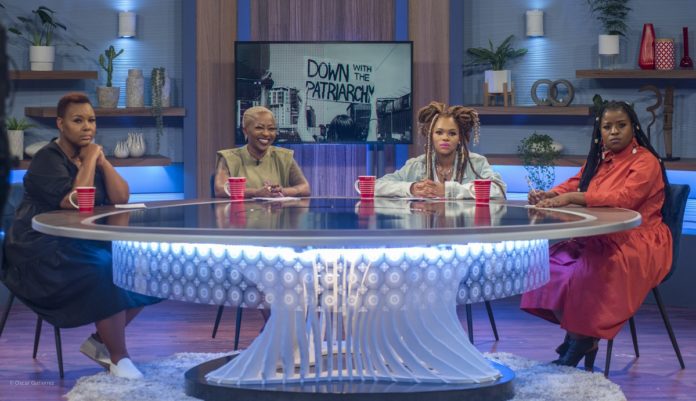 To kick off the month of November, South Africans will be able to watch the country’s “first feminist television show”. Titled “It’s a Feminist Thing”, the show which comprises of eight episodes will air every Sunday evening.

Produced by the Soul City Institute for Social Justice (SCI), the show has been marketed as South Africa’s first unapologetically feminist talk-show. The SCI partnered with the South African Broadcasting Corporation (SABC 2 & SABC Education) and the African Women’s Development Fund (AWDF) to put the show together.

The talk show will explore the different nuances of the South African women’s and feminist movement. From relationships between women, empowerment and patriarchy, the show aims to take an intergenerational approach to these issues.

The four presenters of the show are Phinah Kodisang, CEO of SCI, veteran broadcaster Kgomotso Matsunyane, Thando Gumede and Nyiko Shikwambane. Each of the feminists on the show will bring their own feminist perspectives to the show.

South Africa has seen many different feminist movements in the past few years. From the Fees Must Fall Mbokodo Must Lead, #RuReferenceList, The Total Shutdown movement, #AmINext and more, South African women and gender nonconforming people have raised their voices. This show was inspired by those movements.

Read more: #RememberKhwezi protester asks why we are defending rapists

Before and after the airing of every episode, eight public service announcements will be played. These have been produced by StoryBoard Productions and Pelisa Norman. The one-minute films will explore issues related to gender-based violence, rape culture, patriarchy and domestic violence.

On Thursday, October 29 the show had its launch. Programme director, Natalia Molebatsi said the show is history in the making and would elevate the lives of women and girls in South Africa. It was announced that the four hosts would not be the only ones featured on the show. Journalist and media practitioner Pontso Pilane will be appearing on the show as a language expert along with television presenter Ntsako Mhlanga who collected the views from the street.

Gumede said it was her experience which led to her joining the show. From being a gender officer at university to her career as a lawyer, her experiences of the hetero-patriarchy shaped her feminism. Gumede has worked on fighting for the rights of menstruators, especially amongst young people. She was named part of the M&G Young 200 2020 for her work on creating M-Teto, an app that addresses problems related to gender-based violence at schools.

Shikwambane worked with the SCI in 2015 previously on the “Rise up for young girls” television programme. With the show it was directed at young women between the ages of 15 and 25. It spoke to the issues affecting them such a contraceptives, rape culture and more. Speaking to The Daily Vox, Shikwambane said the word feminism wasn’t really used during that show even if the work being done was feminist. Now with this show, however it identifies as “unapologetically feminist”.

Gumede said the show is no different from the work she has been doing except that there are other feminists questioning and challenging her. She said it’s important to have dissenting views as they might have different pathways but they are all going to the same destination.

Shikwambane said with all the feminist movements happening in South Africa, more women are identifying as feminist more then ever before. However, there is still an element around access to the language and writings around feminism. Shikwambane believes this show is important because it’s broadcasting on a free-to-air channel which is accessible to many South Africans.

“Often we are comfortable with men disagreeing with one another and calling it a debate. But when women disagree with one another, it’s women who can’t get along […] What I like about the show is we show we are all headed to the same place. It’s important to show that it’s okay to disagree about how we get to the destination,” said Gumede.

For Gumede, she wants the show to be successful because the alternative raises the question of where to next. “If we can do all of that and put ourselves in people’s homes and it doesn’t shift the narrative of this country, then I don’t know what else will,” said Gumede.

Both Gumede and Shikwambane say the show is for everyone to watch. The show will be on every Sunday evening at 18:30 on SABC 2.