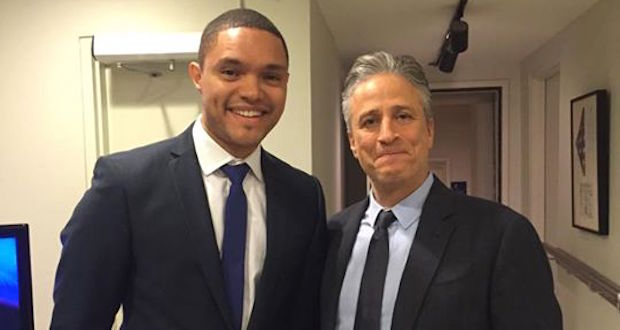 Australia got the Cricket World Cup. South Africa got the Daily Show. We win.

South African Trevor Noah has been named as Jon Stewartâ€™s successor to host US Comedy Central talk show The Daily Show. Noah, one of South Africaâ€™s best-loved comedians, made his debut as a contributor on The Daily ShowÂ in December. The video of his first appearance has more than a million views on YouTube. MicheleÂ Ganeless, the Comedy Central president, told The New York Times:Â â€œOur goal was to find someone who brings something really exciting and new and different.Â We talked to women. We talked to men. We found in Trevor the best person for the job.â€ Noah said that he had been given a great opportunity, but also a significant challenge.Â

No-one can replace Jon Stewart. But together with the amazing team at The Daily Show, we will continue to make this the best damn news show! â€” Trevor Noah (@Trevornoah) March 30, 2015