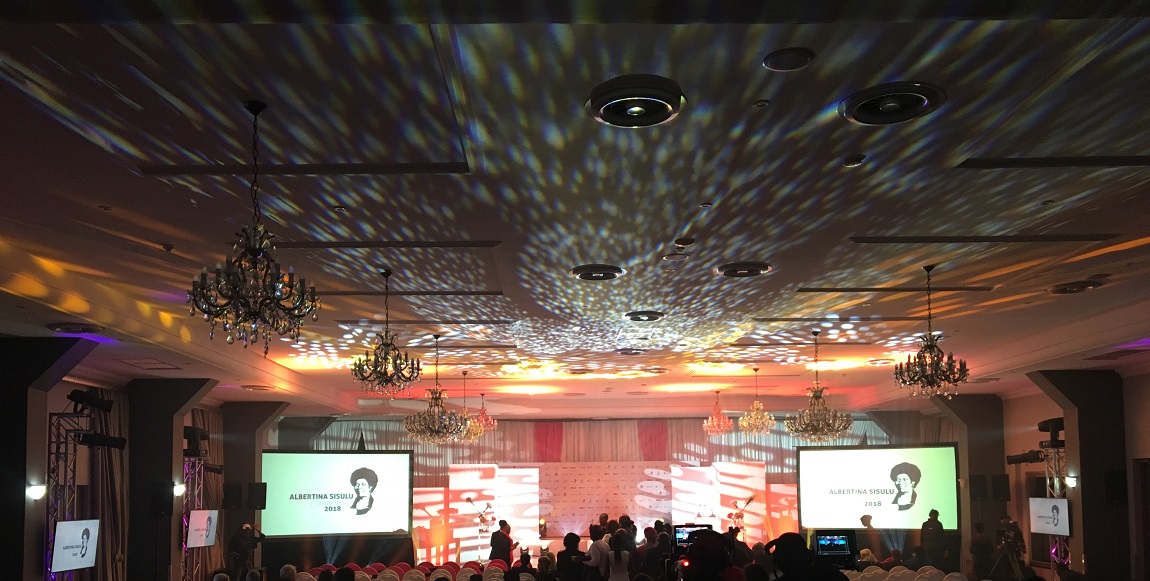 Women’s sport in South Africa is a very difficult place to navigate. Most sportswomen play amateur, do not get paid either equally or at all, have to face many difficulties and are not recognised despite matching up or overtaking their male counterparts. gsport4girls is an organisation that was started to raise the profile of women’s sport in South Africa. On August 31, gsport4girls held their annual awards. FATIMA MOOSA attended the awards.

GSports Founder Kass Naidoo On Being A Sporting Pioneer

Held at the Wanderers Club in Illovo, the event was a swanky one complete with a red carpet, flashing lights and attendees dressed to the nines. It was a beautifully held event attended by some of the best sportspeople South Africa has representing the country at the moment. The event was an invite-only event that one of the founders of gsport4girls, Kass Naidoo said were only given to people who have given support to women’s sport throughout the year. The ultimate message from the awards was the women’s sports needs more support and partnerships.

Various awards were given on the night from the big awards to team of the year, player of the year and coach of the year. However, there were also awards given to the people working tirelessly behind the scenes to ensure that women’s sports are a success. This included the fans who travel with their teams showing their support, the support staff, the corporates who invest in women in sport and the various people working in media to highlight the achievements of women in sport.

The awards had a number of high profile people attending including the Sports and Recreation Minister, Tokozile Xasa and representatives from Mam Albertina Sisulu’s family. In celebration of the centenary of Mam Albertina, several special recognition awards were given in her honour. The Minister commended the awards and the trust for the work they were doing in raising the profile of women’s sports. She spoke about the importance of having girls playing sports in especially at schools and how the government would be ensuring development. The Ministry has been a partner of the awards since 2015.

In all the glitz and glamour it would be easy to get caught up but the minister’s words did raise many questions. It is easy for the government to capitalise on a platform that has already been set up and then lend their support to it. It’s easy to pay lip service in what government will be doing to help women in sports. However, the fact that a platform like gsport4girls exists demonstrates that the government has not been doing enough for the support and exposure of women in sports. Much more needs to be done by government and related sports associations and bodies to ensure women’s sports gets the rightful exposure it needs.

One shining light of the evening was the announcement that there would be a renewed focus on sportswomen with disabilities and increasing exposure and support for them. The difficulties associated with being a women with disabilities is something that can never be overstated so it is a good thing that the organisation and the ministry will be actively working to ensure those struggles are highlighted.

The event was beautiful but as one of the winners of the night said the real work begins after the event in fighting the stereotypes and patriarchy that continue to plague women in sport. “Passion doesn’t pay the bills,” was a slogan that was oft-repeated during the night and no truer words could have been spoken. Gender pay gaps, patriarchy, stereotypes and general lack of support continue to hinder women’s sport from flourishing. But through communities of women like gsport4girls coming together, it seems possible that women’s sport will go the distance and soon.