Home Voices Springbok transformation: “This is just not the right time to question such...
WhatsApp
Facebook
Twitter
Email
Print 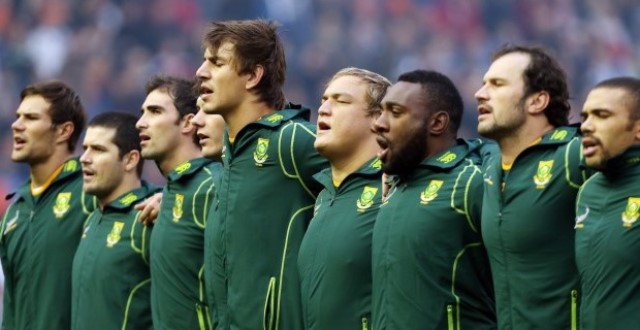 Little-known political party, the Agency for New Agenda (ANA) has launched a legal bid to prevent the Springboks from competing in the Rugby World Cup later this month, saying the team does not represent the majority of South Africans. LIZEKA MADUNA asked Durbanites what they make of the move. Haile Pimenta, 26, student, Durban North
Sport is one of those things which is meant to break all kind of barriers or perceptions that people have instilled in their heads, be it sex or race. I think that people need to understand that, yes, diversity is important but it is not always the case. For instance, we canâ€™t have people selected to represent our nation because of their skin colour. Itâ€™s whether one has got skills and are good at what they do, or not. Not everything is about race; it is irrelevant to try and prevent the national team to go and represent the country in London. Mbali Mngomezulu, 21, student, St George’s
This is not the first [rugby] world cup, itâ€™s actually the third, hence I donâ€™t really get the point of questioning transformation now. Yes, there are brilliant rugby players of colour but we have to admit that talent begins at a primary level and in most black schools there is no rugby. Therefore, one cannot really say they want to start playing rugby when they are out of school. When it comes to sport, it is not really about race, but it is more about skills. Similarly, our soccer national team is more dominated with black guys than any other race but I doubt that has been questioned because blacks are undoubtedly good in soccer. I find it ambiguous that South Africa would want to compromise great talent for race. Bongani Gema, 23, student, Durban Central
Since the country became a democratic state, transformation in South African sport has been on our lips but this is not the perfect time to question the matter of transformation. This is the World Cup and a very special moment for us as the nation. We cannot cripple a great team because of the questions that only get asked when itâ€™s time for big events such as the World Cup. I donâ€™t think black rugby players are being given a chance to prove themselves but it is not the matter of race; in most black schools and townships, rugby as a sport isnâ€™t that common. This means that these guys arenâ€™t catered for. The fact that transformation is important cannot be stressed enough but it canâ€™t be questioned at this moment. Sthandwa Gwala, 23, student, Glenwood
Generally talent and skills arenâ€™t about oneâ€™s race; we cannot be associating every little thing with race. I donâ€™t believe that black rugby players are being given a chance to prove themselves when it comes to rugby but I also think that might be because they donâ€™t really show interest. Transformation within the rugby sector can be implemented but measures donâ€™t have to be taken at the very moment where the team has to be getting ready for the World Cup. If we as South Africans decide to question the matter of transformation in sport, I guess we should begin with soccer that is more dominated with black guys more than any other races. Graeme Johnson, 51, worker, Sydenham
There is transformation [in rugby] but it is quite slow, which makes it questionable. Players of colour arenâ€™t really given a chance to prove themselves, this could be because the coach is old-school from the 1995 team. We should be concerned about transformation within rugby in this country but this is just not the right time to question such issues. There is a perception that rugby is a white sport. But that is not the case, it is just a mentality that we as people have since we are not being given a chance to prove that we do have talent and required skills to make it to the top. But preventing the team from going to London is absurd and I donâ€™t see it as possible.