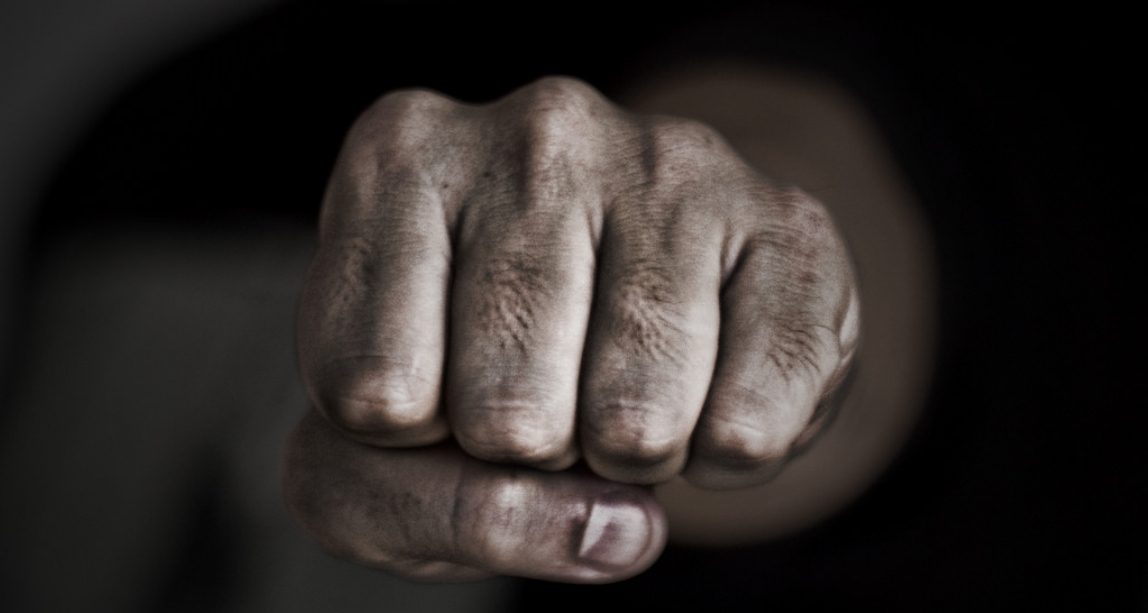 The altercation at Spur over the past weekend, in which a white man intimidated and verbally assaulted a black woman seated at a table with her children, has a lot to do with toxic white masculinity. People are just too afraid to confront white men about problematic attitudes during discriminatory incidents, for fear of being subjected to violence themselves.

Letâ€™s look at the facts presented in the video. The man, whose identity has not been confirmed but who #FilesTwitter have identified as Nico Viljoen, – is huge, much larger than anyone else in the frame. He looms over the table at which Lebohang Mabuya is seated with several young children and begins shouting at her. The person shooting the video appears to be in the next booth. She can be heard telling a man who looks as though he wants to intervene that they should â€œLeave him [Viljoen]â€ as the â€œSpur people will help.â€

The waitrons seem to be hanging back at first. In fact, at 00:18, one waiter walks past with a tray, looks on as Viljoen feigns a punch at the womanâ€™s head, and then serves the patrons a few tables over. Then two waiters appear to obstruct his way as he heads back towards her but he pushes past them and then for the most part, people just stand around watching the drama unfold. The video shows other patrons trying to calm Mabuya down. Viljoen meanwhile is free to go on his way.

A white man – who for all his life has been told that the world is his oyster – raising his hand to a black woman – who for all her life has had to prove herself time and time again just to get her existence recognised. A mere 20-odd years ago, this would have been acceptable by apartheid standards.

The problem here is two-fold. Itâ€™s whiteness: a perceived sense of racial superiority, and misogyny: a perceived sense of gender superiority; both of which are very difficult to take down in any situation because both have been empowered, justified, and validated for centuries to the point that theyâ€™re not questioned. A notion of self-serving arrogance that seeks to promote the interests of white men whose authority cannot be challenged lest we hurt their feelings.

Professor Deirdre Byrne, Head of the Unisa Institute for Gender Studies, says the Spur incident is a racially charged one, and that given South Africaâ€™s history, itâ€™s impossible not to consider the underlying racial motivations.

â€œColonialism, ideas of inherited supremacy and legitimisation thereof play a huge role in the violence of white men,â€ Byrne says. â€œBut it also has to do with physicality. Men are generally stronger and larger than women, and the fear is that they will crush you should you stand up to them.â€

Violence against women is widespread and well-documented in South Africa. In 2013, independent researcher Lisa Vetten wrote in Africa Check that intimate femicide had become the leading cause of female homicide in South Africa in 2009, stating that white women are more likely to die at the hands of their white male partners. The studyâ€™s intention was to tackle claims that white women are likely to be murdered by “unknown black males” and found that these claims amount to racial scare-mongering. The study found that the vast majority of women who are murdered in South Africa die at the hands of their husbands, boyfriends, and lovers.

Many comments on the Spur incident have detracted from the racial and gendered nature of the incident by claiming that thereâ€™s little to no context available and we donâ€™t know what happened before the video was shot. But no amount of context justifies violence against women.

People have accused Mabuya of behaving badly in front of her children when she swore at Viljoen. Rather than seeing a man who is in a socially dominant position, threatening to beat a woman, they see only a woman who doesnâ€™t conform to ideals of long-suffering motherhood.

The reactions to the video highlight not only the failure particularly of white men to engage with the negative aspects of their masculinity, but the fact that at the core of white masculinity lies intimidation and the trivialising of it after the fact.

The reality is we are terrified of the repercussions of standing up to white masculinity. Until men themselves realise what they are doing and take a step back, it will always be a case of ducking punches and hoping you donâ€™t get assaulted for speaking out when you see a woman threatened with violence.