Home Education So, whatâ€™s the best way to teach children about the history of...
WhatsApp
Facebook
Twitter
Email
Print 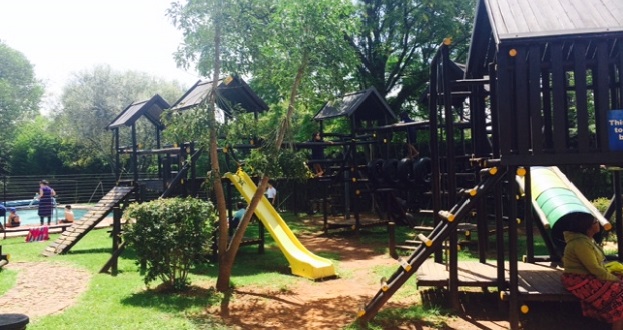 A private school in Johannesburg has clarified accusations that it had forced black students to carry a dompas as part of a school project.

Nandi Ngwenya, a graduate of Johannesburg St Maryâ€™s School, Waverley posted a Facebook status expressing shock after she found that her primary school-going age cousin was forced to carry a dompas for a project at her old school. The school has however clarified the claims in the status update, saying that all students, regardless of race, were required to carry the dompas. Ngwenyaâ€™s Facebook post comes days after a crÃ¨che in Centurion, Koeitjies en Kalfies Kleuterskool, was criticised for allegedly segregating a black child from her white classmates.

After visiting the Centurion school, Gauteng MEC for Education Panyaza Lesufi saidÂ he was disgusted to find that all teachers at the school are white and that the medium language of instruction is Afrikaans.

Junior School headmistress Des Hugo however says St Maryâ€™s – which was not mentioned by name in the Facebook post – is racially diverse and has been so for years. She also describes Ngwenyaâ€™s post as â€œcompletely incorrect and inaccurateâ€.

Speaking to The Daily Vox, Hugo confirmed that while the grade six learners were required to carry dompasses – â€œlike a little passport with their name and date of birth, as that was how their teacher divided themâ€ – as part of an exercise in their history curriculum, they were not divided according to race.

â€œIt is a part of the social science curriculum for grade six on democracy, which is a module in the CAPS curriculum. All the textbooks used are also in line with this curriculum,â€ Hugo said.

While the school calls the exercise a form of â€œexperiential learningâ€, there is no doubt that it will impact children differently. While it may encourage empathy, it may also reopen old scars and be less of a novelty activity to black children whose grandparents and great-grandparents were required to keep possession of a dompas at all times, and were restricted from moving freely.

She adds that a history teacher at the school, Rosemary Ncobela implemented the activity, and that the dompass project was an annual event at the school.

â€œThe girls actually asked to do it – it hadnâ€™t really been planned to be done this year. They said they enjoyed watching the girls do it before, and itâ€™s so important to remind everybody about these laws that were in SA and how wrong they were, and also about developing empathy in the children. Thatâ€™s also part of the curriculum – growing different points of view and empathy for whatâ€™s happened in the past.â€

Gauteng MEC for education Panyaza Lesufi could not be reached for comment.