As more allegations of corruption and state capture emerge from the media and in books like Jacques Pauwâ€™s The President’s Keepers, frustration with issues like state capture and corruption are rising. The Daily Vox team asked some people if they think taxpayers are simply funding government looting and corruption. Lindiwe Dim, 23, student, Germiston
People with money in our country have a lot of influence over other people and the same way there is nepotism, when people have connections things just work out. I donâ€™t think itâ€™s a good thing because you should, as a president, put your nation first and not your friends and not the people that pay you. As a president that is your job. Your job as a husband, father and friend will come after that. Talk of corruption does make me feel a little bit like not paying taxes. But at the same time, taxes are for me at the end of the day in terms of pension and so on and I am going to need them. So while it makes me feel hesitant, I still feel like Iâ€™m going to continue to pay my taxes. Kabelo Oliphant, 21, salesman, Soweto
I am part of that group in the youth where we donâ€™t really pay attention to the news because everytime we try to pay attention, we are just wasting our time. Seeing the things that happen in parliament, you feel like weâ€™re not going anywhere. I think we should stop paying taxes because we live in a country where if you donâ€™t know the right people, you wonâ€™t get your desired job, you have to settle for less. The mall is the perfect [example]. We have people around here who have university degrees who are working in retail. I guess thereâ€™s a price to pay before we have to get our desired jobs in this country. Kirsty Bennett, 31, specialist buyer, Johannesburg
What I know about state capture is that it is a document or report that exposes things about the president and his dealings. That is all I know. It makes me feel good that there are people out there that are still fighting for what is right and putting people in power in place. I definitely feel like not paying my taxes because of the corruption, especially when you hear of all the things that the government is spending on and the bonuses theyâ€™re getting, and the taxes are a lot already. So when you know itâ€™s going to something like that and not building the economy, it angers us. I donâ€™t know if itâ€™s possible to not pay tax as a protest with some of the corporations and companies we work with but if it was possible, then definitely. Noxy Khumalo, 23, railway company worker, Johannesburg
I have heard a lot about [state capture]. I have heard that the Guptas are taking away our country and companies, especially those high government companies. All the talk about state capture and corruption does make me feel like not paying taxes. As a black, South African person, I feel like the Guptas are taking away our jobs and everything. There is no more job availability, for the youth especially. I would not pay something if I have got nothing that I earn. So no work, no payment. Letâ€™s just say for instance I am supporting a government but a government doesnâ€™t support me in return, so what is the point of paying a tax?

*Voxes have been edited for brevity and clarity 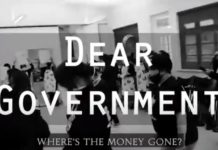