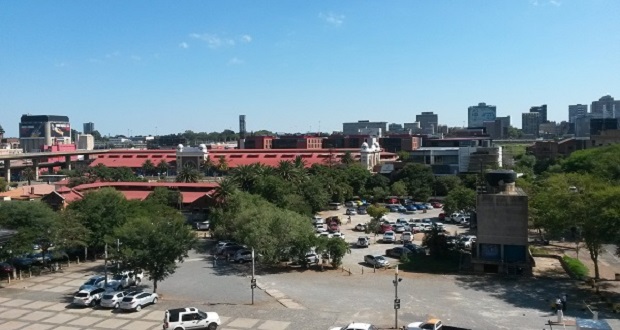 With the December holidays coming up, many Joburgers are escaping from the madness of the city and heading to different shores for vacation. However if youâ€™re planning to stay in Joburg, either because this year has been a bit tight in the money department, or because youâ€™re not in the mood for braving the holiday crowds, weâ€™ve got you covered. The Daily Vox team has rounded up the best of Joburg for you this December.Â

Circuses
There are two fantastic circuses in town to attend: Cirque Ã‰loize iD and the Great Moscow Circus.

You donâ€™t have to be a kid to be excited about the circus, especially if it is the Cirque Ã‰loize iD. Described as â€œA high-energy blend of circus arts and urban dance for the young,â€ the show promises to be an amazing experience for both young and old. The show has been performing at The Teatro at Montecasino since 2014 and has received rave reviews for its combination of street dance, acrobatics and circus acts. Theyâ€™re back again this year and just in time for the end-of-year holidays. It kicked off on the 30th of November and will be running until Christmas Eve so book asap or miss out on the high-flying antics.

Johannesburg, be enthralled & amused by Cirque Ã‰loizeâ€™s iD, this high energy show is on at the Teatro until 24 Dec https://t.co/aFlC1SQhDH pic.twitter.com/uDsGhth9vV

Hailing from Russia, the Great Moscow Circus returns to South Africa this December for shows in Joburg, Cape Town, Bloemfontein and Port Elizabeth. From electrifying trapeze acts to death-defying acrobats, the circus is sure to have anyone who attends on the edge of their seat.

While the circus has all the things one expects from a circus such as clowns, trapeze artists, jugglers and more, in their commitment to a â€œkinder world, the Great Moscow Circus South Africa does not feature animal actsâ€ (yay!) The Joburg leg of the tour starts on the 22nd of December and ends on the 8th of January 2017, so head over to Computicket and book your tickets to be a part of the magic.

The Mighty Big Top is up! Book your tickets now to see The Great Moscow Circus! #MoscowCircus https://t.co/0X7ZyF1GO8 pic.twitter.com/Qhoouy4xgc

Markets seem to be the new hottest thing in Joburg with every weekend a new one popping promising organic food, outdoor entertainment and great fun for the whole family – and itâ€™s no different for the holidays.

The Market which happens monthly wasÂ created by the Shova Lifestyle Origin as a way to give a platform to local artists and entrepreneurs. There is going to be a special one on the 22nd of December where you can find delicious food, local entertainment and the opportunity to support local artists and entrepreneurs. There is no entrance charge so gather all your friends and family and make a day of it.

Instead going to normal movies, why not try out some indie bioscope cinema?

The Bioscope Independent Cinema situated on Fox Street downtown is a unique and intimate cinematic experience. Showcasing documentaries, film festivals and classics, both local and international, it caters for all kinds of movie tastes. The adjoining restaurant and craft beer bar means you wonâ€™t go hungry and you wonâ€™t have to eat boring popcorn while watching the movie. The Bioscope also sometimes hosts outdoor cinema events at different locations in association with sponsors. Check out their website for viewing times and a full list of upcoming attractions for the holiday period.

Christmas time usually means homes, streets and malls are decorated in lights. Why not check these wondrous light shows?

Garden of Lights at Emperors

Head down to Emperors Palace from 2 December 2016 to 8 January 2017 to witness the amazing light display at the Garden of Lights. Walk through the fantastic light wonderland and it will feel like youâ€™ve stepped into another world. There is even an amusement park to round up the evening. There is a R25 entrance charge but the money is for a good cause, with all the proceeds going towards various community development programmes, making it the perfect staycation activity. Fantasy Of Light: The Secret Castle

Looking for something fun to do on the staycation that will involve the entire family. Well go on down to the Mall of Africa for The Fantasy of Life: The Secret Castle installation. The title might be a bit much but the show is sure to be filled with excitement. The Fantasy of Light is a light installation and will include this year the Secret Castle which includes a fascinating pantomime that had been written and directed by Lizz Meiring. The show runs until Christmas Eve and tickets which go up to R120 are available from Computicket.

Our garden of Xmas lights at Fantasy of light show . Book @Computicket pic.twitter.com/doBbXekP9w

COVID-19 Compromises Social Networks. What This Means For People In Humanitarian Crises