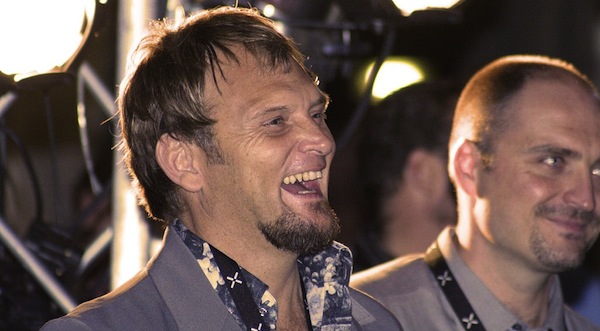 On Friday, a candidate for the University of Pretoriaâ€™s student representative candidateÂ made headlines in several national news outlets. The media buzz did not appear to be prompted by anything particularly controversial that heÂ had said but rather by the fact thatÂ he is â€œgay, white and from the EFFâ€. The headlines didnâ€™t mention that the student, Jaco Oelofse, is also an Afrikaner. But thatâ€™s what Steve Hofmeyr is here for.

At the weekend Hofmeyr, 90s popstarÂ and self-proclaimed gatekeeper of all things Afrikaaner, penned an open letter to Oleofse on the Afrikaans language website Maroela Media, describing the studentâ€™s political beliefs as nothing more than a â€œradicalâ€ and â€œrebelliousâ€ student phase designed to shock older generations with â€œsomething newâ€. For Hofmeyr, Oelofseâ€™s membership in the EFF cannot be taken seriously because he is too young and only a student.Â â€œMarxism is but a beautiful theory with no foot in reality. Many outgrow it after campus,â€œ he writes.

He dismisses Oelofseâ€™s belief that the land should be returned to its rightful owners, saying itâ€™s a little late for reparations. â€œReparations and corrections are acceptable, but unless it happens over generations, it is unethical; the wrong people are rewarded and the wrong individuals are punished,â€ says Hofmeyr.

Oelosfe told aÂ South African Press Association reporterÂ that he believes the EFF represents the interests of South Africaâ€™s gay community better than any other political party but Hofmeyr brushes this too aside, implying that Oelofse is using his sexual orientation to gain prestige or recognition. (Hofmeyr also says, “to me, gays (and women) havenâ€™t been social outsiders for a long time” but members of the LGBTIQ community might disagreeÂ with this.)

In his final point, Hofmeyr says that black people do not have a culture of reading and so will continue to blame others for their circumstances. White people meanwhile have been reading for â€œmillions of yearsâ€ and so, he concludes, â€œThe question is, white child, Afrikaner child, what exactly is your excuse?â€

You can read Hofmeyrâ€™s full letter, in Afrikaans, on Maroela Media.