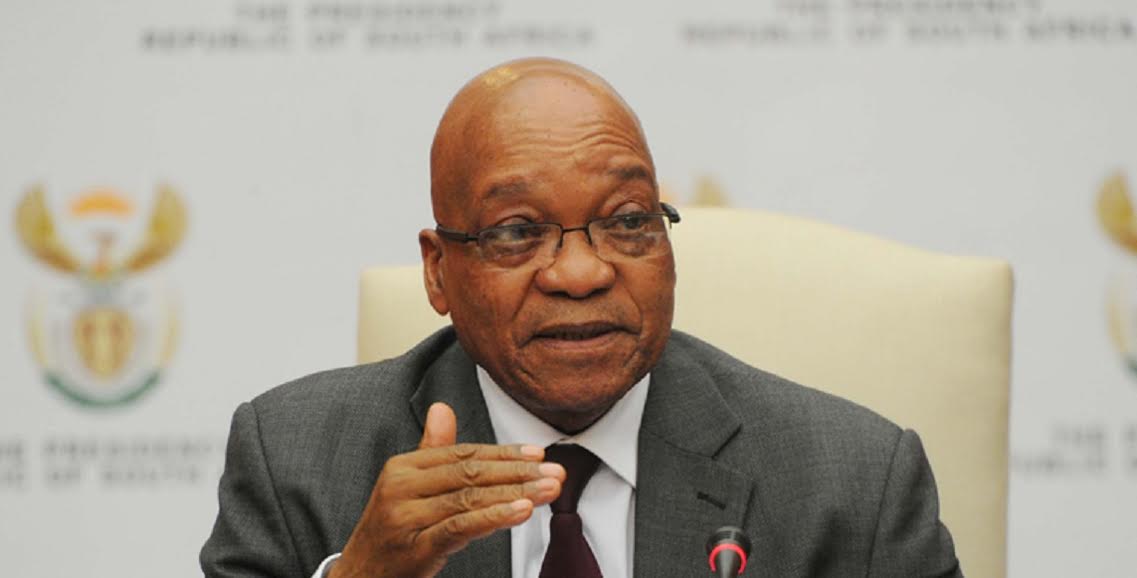 The Daily Vox spoke to Steven Friedman, political analyst and director of the Centre for the Study of Democracy, about the options South Africans have to remove President Jacob Zuma.

Thereâ€™s a sentiment of despondency in South Africa at the moment in light of the brazen acts of President Zuma and the continual failures to hold him to account. The latest cabinet reshuffle is but the latest of a series of events that signal that South Africa is heading down a dangerous path. Is this despondency justified?

No, I donâ€™t think people should feel totally despondent because there are political developments which may be significant over a period of time and I think people have to be realistic. You know, 18 months ago when Nhlanhla Nene was fired, it was said that Zuma had to retreat in three days. I mean obviously, thatâ€™s not going to happen again. But people need to understand that if youâ€™re trying to change things, itâ€™s doesnâ€™t take three days. It takes a lot longer than three days.

So what are the options for removing Zuma that are realistically viable?

First of all, just to take one thing out of the picture. I donâ€™t think that this court case, the EFF court case, is going to get anywhere at all. And I certainly donâ€™t think the DA court case is going to get anywhere either. Thereâ€™s no way you can get a court to tell a president who they should appoint to the Cabinet and, if you just look at the constitution, thereâ€™s no way you can ask a court to impeach a president. Only Parliament can do that.

Most important of all, thereâ€™s the small matter of a general election in 2019 which may well be more important than any previous general election has been. There may be pressures now that build up over the next while or so, being that we donâ€™t whoâ€™s going to win the ANC presidency at the end of the year. But even if nothing happens as the result of any of that, there is a general election. And I think itâ€™s a reasonable prospect if Mr Zuma continues on his current course, the ANC is going to be very belittled in that election.

No, I donâ€™t think so. I think Zumaâ€™s political abilities are sometimes over-estimated but he does understand internal ANC politics. If he had done what I think probably heâ€™d like to do: which is to chop Gordhan and the SACP, but also chop people like Aaron Motsoaledi who opposed him, then I think there was an outside chance – itâ€™s only an outside chance but he couldâ€™ve actually lost the no confidence vote in parliament because, bear in mind, the ANC have 249 seats. If you assume that there were only 60 ANC members – which is less than a quarter of that parliamentary caucus – who are angry, then thatâ€™s already a loss of majority and you could have a motion of no confidence in Zuma. But I think that heâ€™s perfectly capable of realising that and you have a situation now, whether it’s Ramaphosa or Mantashe whatever are going to say, well, obviously we must carry on with the process we have at the moment and we must try and influence the way this thing goes.

But I donâ€™t think they will go for that option. Itâ€™s an interesting reflection of the culture on the ANC that they donâ€™t go for that option. Because as I say, the irony is that they are more likely to win in that space than they are at the ANC conference because at the ANC conference, they have to win 50% plus one. I mean here, they probably could get away with twenty-something percent and still win. So itâ€™s very ironic reflection on the way in which loyalties to the ANC work but probably the most deceptive weapon that Zumaâ€™s opponents have for getting rid of him is the one that they are very unlikely to use.

And what about the role of the average citizen and the public in general – are we doing enough?

Quite frankly, I donâ€™t think it is really possible to say that people have done everything that they could. I mean, I think the sort of citizen activism has been very weak, poorly organised to the extent that theyâ€™ve been rallies.

First of all, I think that itâ€™s been a huge mistake to simply focus on Mr Zuma, whatever you may think of Mr Zuma, this is a far deeper problem than one individual, itâ€™s like a symptom of a problem rather than the entire problem. And secondly, if you consider the number of people who you continually hear who are unhappy with the way things are going and you look at the kind of support that measures, you know, that protests etc deal with. Then you really have to wonder how serious they are.

I can think of places around the world in Asia, in Latin America, whenever you think of a particular cause, when people donâ€™t like a president, tens and hundreds of thousands of people go out onto the streets. They sustain pressure. What have we had here? Weâ€™ve had a few sparse rallies! With the greatest respect, the activists who sort of blow their own trumpets at every opportunity, who organise a #ZumaMustFall rally in Mary Fitzgerald Square in Johannesburg on a public holiday – but then only 29 people arrive. Now really, you canâ€™t consider yourself a serious voice when you can only get 29 people. So I think that thereâ€™s far too little organisation going on.

But thatâ€™s not itâ€™s the whole story either. Far too many people seem to think that using social media is a substitute to political action – which it isnâ€™t. One of the great myths about the uprisings in North Africa, in the Arab Spring – which is a bit of an insensitive term but nevertheless – a lot of those protests were not, as we continually read, because some people had Twitter. It was because people had organised.

So I think if people feel despondent, there are two answers to the question: first of all, look at the way political developments are going because they may not only be going in one direction – but more importantly, if you donâ€™t like whatâ€™s going on, you must get together with the other people that donâ€™t like whatâ€™s going on and try to make a difference. I know itâ€™s easier for some people than others but unless people do that, itâ€™s really not going to happen.