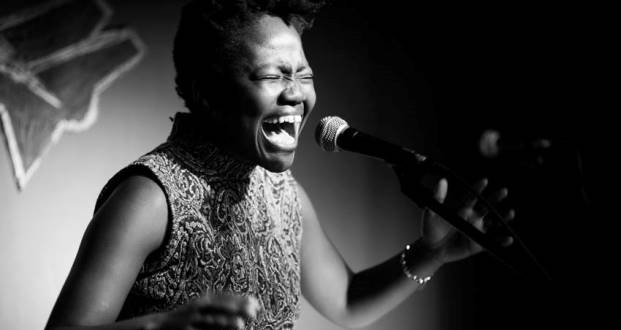 22-year-old theatre director, writer and poet KOLEKA PUTUMA spoke to Mbali Zwane about her poem Water, and navigating being a black woman in the arts.

When I performed the poem for the first time at TEDxStellenbosch, the room was literally cold and silent. After the event, white folk were not happy and they were not reserved about expressing that to my face and to the organisers. After the event I posted a blog entry on my site about the experience and included the text of Water. The post received both negative and positive comments (mostly positive).

I was born in Port Elizabeth but raised in Cape Town by two badass, amazing parents. I am one of 8 children. I like listening more than talking. I am still learning all my clan names. I have performed poems in really cool and not-so-cool spaces. I get to be a playwright, and be somebody’s lover and friend, if I manage time properly. I am part time supernatural and part time human. I have the biggest crush on Ava Duvernay.

Being raised in the northern suburbs in Bellville and growing up as a Christian played a huge role in how I see and talk about the world. My mother has had an integral impact on my life beyond giving birth to me: she’s the reason I get to walk around and call myself all these fancy things like performance poet and theatre what-whats. Itâ€™s not because she sacrificed her dreams, but because she pursued her own dreams so unapologetically that she modelled ambition and excellence for me in the most attainable way.

I think there are a lot of privilege and patriarchal issues that still exist in the arts industry that need to be attended to, and that are being attended to. But, in the meantime, I think there’s a great deal of work being done by black female creatives to normalise our presence, excellence and achievements. This is not merely done to have our work or existence be this thing that still needs approval or acknowledgement from the white or male gaze, and constant validation.

Itâ€™s challenging working in this industry but I align myself with the necessary resources to make it work. I think at the moment the challenge is more about being young and emerging; people are still getting to know me and what I do. I’m still trying to carve a space for my voice and navigate myself around the industry. Itâ€™s still a bit of a maze.

I think the idea of the rainbow nation has always been a distraction from the honest-to-god-truthful conversation that needed to be had during TRC days and even before. Itâ€™s as if the rainbow nation was just the dirt keeper, and South Africans are just going â€œwe can no longer live in dirt, let’s clean it out. And today please.â€ The conversation is being had, more and more aggressively lately. But the people who do the wounding are not in a place where they are willing to listen; not to retaliate or defend, but just take on board the consequences of apartheid-damage. At the moment there is more explaining and defending than conversation. But it is a necessary and long overdue conversation; not the other conversation, but the actual conversation about race that’s not wrapped neatly in the rainbow nation ribbon.

During a conversation I had with friends about the importance of water for black people, and also in other cultures, someone mentioned the research of Japanese author Masaru Emoto, who believed that human consciousness had an effect on the molecular structure of water. He believed that water could react to positive thoughts and words, and that polluted water could be cleaned through prayer and positive visualisation. I Googled this guy and started going back into black history, I became so consumed by this element (water) that was integral to our everyday existence, but also carried such a weighted memory, power and meaning in and for our past. I wrote the poem in bits and it took me a while to finish.

My form of articulating thoughts or ideas is through the spoken word and I do not believe that work should be diluted or washed down in order to appease peopleâ€™s sense of comfort and avoidance of conversations people often do not wish to have.

I wrote a letter to the TEDxStellenbosch organisers after they asked to publish my TEDx talk and cut out this poem, while leaving in two others. Their unwillingness to publish the entire talk and the attempt to subject of my intellectual property to censorship is disturbing and disrespectful, to me as an artist and to my right to create and perform truthful and thought provoking work. I feel comfortable with agitation. I think creative things should stir and shake people in both negative and positive ways.

These things happen too often with artists, where we are censored or our voices are taken for granted and we don’t alert each other by sharing these experiences of particular organisers/events. It’s important for me that such experiences are discussed, so when someone else is approached to be on the same platform, they already have a heads-up about some of the things that happen off stage.

Platforms such as TEDx who advocate for and supposedly endorse new ideas and ways of thinking are not exempt from being called out publicly and honestly about their biases.

To this day, some white folk walk out when I perform this poem. When I performed it at the Playhouse in Durban recently, a woman came up to me and said: “Did you write that? Is that poem really necessary? Come on man. What happened to the Rainbow Nation?!”

I left her standing there. Because they always put us in these positions where we are constantly explaining, and I really wanted a glass of wine in that moment, so I chose the wine.

– As told to Mbali Zwane, edited for brevity and clarity
– Featured image by Retha Ferguson