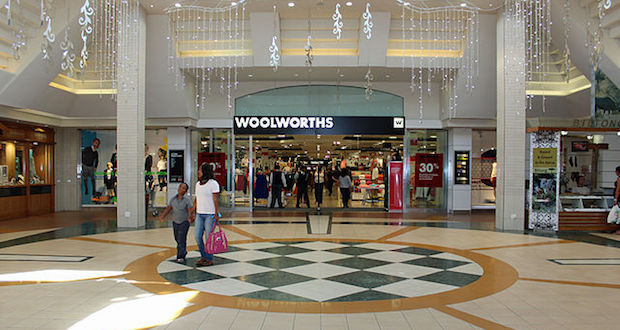 A motherâ€™s post about how she believes kidsâ€™ clothing sold by Woolworths is enforcing gender stereotypes went viral this week. THE DAILY VOX spoke to the original poster to find out what spurred her to reach out to the retailer.

Paula Chaplin’s FacebookÂ post, which complained about the unsuitability of the clothing for active little girls, the lack of diversity in the themes and colours available, and the fact that there was too much TV-related merchandising, resonated with thousands of parents who shared and liked the post on Facebook.

But Chaplin told The Daily VoxÂ she never expected the post to explode the way it has. â€œHad I known it would have caused such a storm I would have edited before I sent it!â€ she said.

Chaplin was pushed to write the post after sheâ€™d gone to her local Woolworths to find a jersey for her two-year-old.

â€œ[I] was met with a display of tiny cropped pink tops with ‘sweet’ written on them, and micro-shorts and wedge heels [and] I felt like I had to say something,â€ she said. â€œI like Woolworths. They are my retailer of choice. I respect what they are trying to do with regards to sustainability and farming for the future, and I’m appalled at how they, and other retailers, think girls should dress,â€ she said.

â€œBecause I respect Woolworths, and because they are my retailer of choice, I really expect better from them. I would hope they’d be industry leaders in this, and other, regards,â€ she added.

Chaplin said she was relieved to find that there were so many parents who felt the same way as she does about how children should dress.

â€œI really worried that I was in the minority, and that other parents didn’t mind – thinking that otherwise Woolworths wouldn’t stock those clothes. So I love that other parents are speaking out and agreeing that we need to let kids be kids,â€ she said.

Woolworths yesterday responded to the debate overÂ the post, saying it was keen to continue the discussion with parents, this time in person.

Yesterday, a really valuable post by Paula Chaplin sparked a debate about our kidsâ€™ clothes which we are very keen to…

Chaplin said she was impressed with Woolworths’ quick response.

â€œThey’ve now decided to hold some â€˜coffee talksâ€™ next week, and have invited me and some of the other commentators to join them,â€ she said.

Four sessions are planned for Monday â€“ two in Johannesburg and two in Cape Town â€“ and WoolworthsÂ has asked interested parents to contact them if they would like to attend. The retailer wasÂ inundatedÂ with requests to attend the sessions immediately after posting about it. (Update: Woolworths has now added two more sessions in Durban on Wednesday. Each focus group is limited to six people.)

â€œBlur those gender lines a little. Stock clothes that encourage girls to live their lives to the fullest, not sit on the sidelines looking pretty, waiting for some prince to come and rescue them!â€ she said.

â€œI want my little warrior princess to grow up knowing that she can be anything and do anything. And I want the messages she’s exposed to along the way to support that. Girls shouldn’t have to wear tummy-exposing t-shirts that say ‘Sweet,’ when boys get to wear t-shirts that say ‘Life is better when you explore.â€™â€