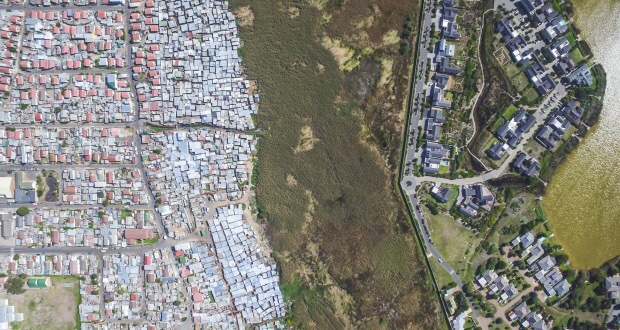 New calls for Cape Town’s local government to stop the sale of property which formerly housed two old-age homes have once again cast a spotlight on the severity of the City’s inequality.

The Reclaim the City campaign and its #StopTheSale petition have urged Western Cape Premier Helen Zille to prioritise low-cost inner city housing in Cape Town’s Sea Point, instead of selling the land to wealthy investors for private development.

“We want to live in a Cape Town that is home to everyone and therefore we ask Premier Helen Zille to ensure that affordable housing is built on this state land in Sea Point,” Reclaim the City wrote on the #StopTheSale petition they started on Change.org, which has so far received 2, 103 signatures.

Reclaim the City give several reasons for their objections to the sale of the Tafelberg Remedial School and Wynand Mansions. They say that well-located and state-owned land is needed for the housing of the majority black and coloured working-class populations of Sea Point, who currently inhabit either cramped and dangerous spaces in the area or have to travel very far each day to get to work. With the Western Cape High Court ordering the provincial government to open a submission period for objections to the sale of the land, Reclaim the City believe that Premier Helen Zille will have the chance to institute the decision to convert it into housing.

As part of the petition, a number of people from across Cape Town have come forward to urge Zille to reconsider the decision. “My great grandparents were dispossessed of their land in Tramway Road, Sea Point and the following 3 generations of my family suffered as a consequence. This is the story of many families living on the Cape Flats or like my family in Ravensmead, on the outskirts of the City. You are in a position to correct the crime of forced removals of Apartheid,” says Erica Jacobs.

Chad Arendse from Strandfontein says that he believes that to this day, Apartheid still has a stronghold on the Cape. “This is unfair as our parents suffered and fought long and hard for this land and still the most beautiful places are taken.” According to Dolores de Beer of Sea Point, “The Tafelberg School site belongs to the historically disadvantaged people, people of the Western Cape who have been disadvantaged for 350 years.”

Young people weighed in too, with 17-year-old Philisiwe Makaula from Strandfontein describing how desperately she would like to be in a safe space that’s in closer proximity to school. “When I travel to school I take 1 and a half hours. I take a taxi to Ottery so that I can take a bus to school. Sometimes I get late because I’m very far from school. When I’m going to school I’m not happy at all because I’ve been robbed and people have tried to rape me. It’s also very expensive.”

Media liaison officer for the Ministry of Transport and Public Works in the Western Cape government, Siphesihle Dube, told The Daily Vox that the provincial cabinet will consider all submissions received from 9 June.

“The order proposed that Department reopen the public consultation process over the sale of the land. The department then published fresh notices calling for comment on the proposed sale, as required in terms of the Western Cape Land Administration Act, and its regulations. The period for comment ends on 9 June. The Provincial Cabinet will then consider all submissions received following the end of the comment period, and determine whether to proceed or withdraw from the sale agreement. The court order allows for a 30 day period after the comment period closes, for Cabinet to consider the submissions.”

The campaign comes in the wake of American-born UCT alumnus and photographer Johnny Miller’s Unequal Scenes series going viral. Miller took aerial shots of Cape areas in Cape Town to show the spatial inequality. “I began a series focusing on inequality as seen from the air. Discrepancies in how people live in Cape Town are sometimes hard to see from the ground,” he wrote on his blog.