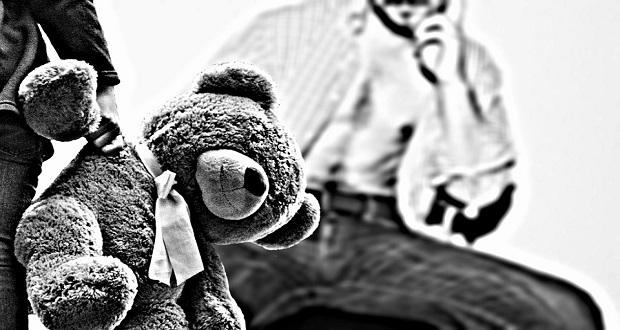 Trigger warning: this article includes an account of rape and child abuse

16 Days of Activism focuses on violence against women and children but what about addressing injustice beyond this period? The Daily Vox spoke to a woman about her experience of being raped as a child.Â Rape and sexual assault victims cannot keep sharing their stories – laying their pain bare to the world – while perpetrators remain silent. If we are to see significant change in the rape culture that permeates our society then we need to see everyone taking a stance. Silence in the face of violence against women and children makes you complicit in the crimes against them.

I was five. My mom and my [biological] father, things didnâ€™t work out so she met somebody else and we went to go live with this guy. We lived with him in a backroom in Soweto.

When you donâ€™t have a biological father, every man is your dad in some way. You donâ€™t know how a man should react to you as a child, so any reaction from a man is like a father. You only have your instincts, all human beings know that there are places that are private to you.

The man who raped me was our neighbour.

He made me comfortable. I would come back home, and my mom was at work. So I would play outside and he would call me, buy me sweets, ask me if Iâ€™m okay. It was always in secret, never with other kids around. He would not want me to come to his place in the afternoon because there were always people there, even the sweets would be passed through the wall in the gate.

One day, he called me. He said, â€œIn the evening you must come, Iâ€™m going to fetch you. Youâ€™ll come play this side.â€

I didnâ€™t think anything, I went there in the evening. He had clean underwear on him which was, when I think back now, big. He took me to the bedroom and I sat in his lap while he was talking to me. I think he was trying to kiss me because his face was too close to me.

I used to have such bad nightmares [about this moment]. I would feel like I canâ€™t breathe. I would feel him breathing. I would smell that smell of smoke. Every time I smell smoke, it takes me back to that day.

I sat in his lap and he took off my underwear and he put his finger inside me. I remember I moved and he almost fell because it was so sore that I pulled back from it. Then he was rubbing my shoulder and saying, â€œNo, itâ€™s fine. Iâ€™ll never hurt you. Weâ€™re just playing.â€ Then he laid me down on a piece of metal sheeting – the type used in shacks.

He laid me down there and he pulled up my dress. While he was trying to penetrate me, it was difficult for him. He was rubbing me and I was crying because it was sore for me.

I felt like something was breaking because it was so sore. I donâ€™t know how to explain it, it felt like bones were breaking inside. The pain haunts me today, I remember I screamed so loud. This is someone I called â€œBabaâ€ and so I was I trying to be comfortable even when my instincts were telling me something was wrong.

I put on my own and blood dried on my underwear.

He said, â€œNo donâ€™t worry youâ€™re going to be fine. Girls your age do this all the time, youâ€™ll be okay.â€ And I looked at him and I cried. He said, â€œYou cannot tell anybody, this is going to be our little secret.â€

I knew then – my grandfather, step-father – they never did this to me. My friends never said anything about this. So it canâ€™t be right.

I walked home, holding onto the walls. In the morning, my mom saw it [my bloody underwear] because I wasnâ€™t trying to hide it.

â€œWhere else is bloody?â€ I said, â€œNo, I fell and then I wiped with my underwear and then I put it back on.â€ She said, â€œOkay show me where the scar is.â€

You know I pointed at my vagina. I remember thinking, where else am I going to point? Thereâ€™s no other scar. She asked, â€œWho did this to you?â€ I ended up saying it and I remember holding onto her saying, â€œBut you canâ€™t tell anyone, it must be a secret.â€

She started crying and screaming. Then there are neighbours and thereâ€™s people pointing at me.

Like I said, people were not able to handle these things. When we walked to his place I remember never feeling, in my life, so alone.

First of all it hurt, I could not walk properly. Then I had to look at this person who in my heart I felt: â€œOh my God, he trusted me to keep this secret and now itâ€™s out.â€

They [my mom and uncle] confronted him and his mom was there. I was pointing at the places where it happened. Thereâ€™s blood on that steel thing and thereâ€™s blood in the bathroom. His mom said, â€œSomebody must get a cloth, Iâ€™m not going to touch this blood.â€ I want to step up and wipe my own blood because Iâ€™m so ashamed. Itâ€™s my blood.

I remember my mom crying so hard at that. My uncle is asking, â€œWho must wipe it? My sister canâ€™t wipe it, her child has been hurt. What do you expect her to do?â€ My mom had to get a bucket and water from our place, and I remember her wiping it. I remember her holding onto the seat of the toilet, wailing.

His mom said, â€œOkay hereâ€™s money.â€ I think she gave us R30 or R40 to go to the clinic. My mom didnâ€™t want it but my uncle said, â€œTake it so that you can just go to the hospital immediately.â€ The cops were called and they picked him up and took him to the police station. He was locked up but in a few days he was out. In those days, people didnâ€™t give a damn about children. It didnâ€™t really matter to them, he wasnâ€™t a terrorist, he wasnâ€™t part of the ANC. Those things were a big deal then: what was rape when they were trying to figure out who is doing what politically?

We went to the clinic and when we got there the nurse said, â€œYou need to go to Bara [Baragwanath Hospital].â€ You must know when the local clinic says that, itâ€™s very bad, very serious. So went to Bara and the nurse there said, â€œItâ€™s so bad, sheâ€™s swelling already which means something is very wrong inside.â€ I remember she was speaking in English and I didnâ€™t understand properly at that time but I know she said something about my womb. She said, â€œItâ€™s very damaged because itâ€™s so smallâ€.

I remember at school, my mom had to tell my teacher why I wasnâ€™t coming to school, they would always ask, â€œAre you fine?â€ At that time, just like now, people cannot handle rape, they cannot accommodate children who are raped. I used to sit next to a boy, when I came back from hospital I had to sit next to a girl. I thought, â€œWhy am I moving around?â€ I want to sit where I want to sit, I want to make my life as normal as possible.

My grandmother helped me so much to cope because I donâ€™t think my mom was able to cope. I went to live with my grandmother and I feel like that was the best decision I took as a child. She knew that my life had to go on, she never looked at me differently. She gave me a Bible and she said to me, when you get into bed you must pray and then it will get better. And it got better. I think itâ€™s because I used to pray a lot to God and said I didnâ€™t do anything wrong so please can you take him away.

My grandmother said to me, â€œTo me, you will always be a virgin until you decide that youâ€™re comfortable and you do this with a person who loves you.â€

This conversation has been edited for brevity and clarity.