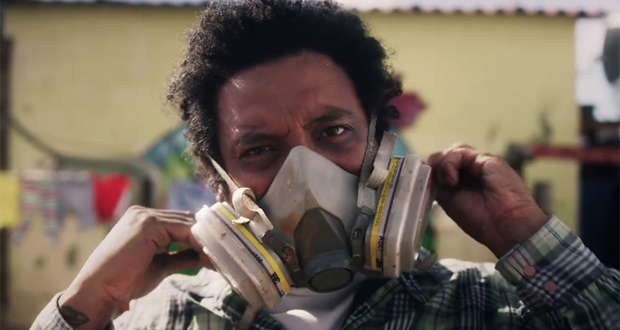 Since he first beganÂ doodling on the walls of the Cape Flats, renowned South African street artist FalkoÂ has beenÂ all overÂ the world, mapping out murals across the globe.

But now heâ€™s comingÂ home.Â In a project called Once Upon a Town, Falko collaborates with Red Bull SouthÂ Africa to travel to small towns across the country, and paint some walls.

Falko,an innovator in South Africaâ€™s street art scene, hailsÂ from Mitchellâ€™s Plain, which is a small town in itself on Cape Townâ€™s notoriousÂ Cape Flats. Areas of the vast township are dominated by gang violence, andÂ dilapidated housing. For Falko, street art was a way to create beauty that hisÂ community could take pride in.

Now, the internationally renowned street art pioneer is returning to his smallÂ town roots to visit the neglected corners of South Africa that need someÂ inspiration.

The series has already seen Falko paint some colourful walls in Riebeeck West,Â some 75km north-east of Cape Town, in the Western Cape Swartland.

– Featured image: Screenshot from the video.Â