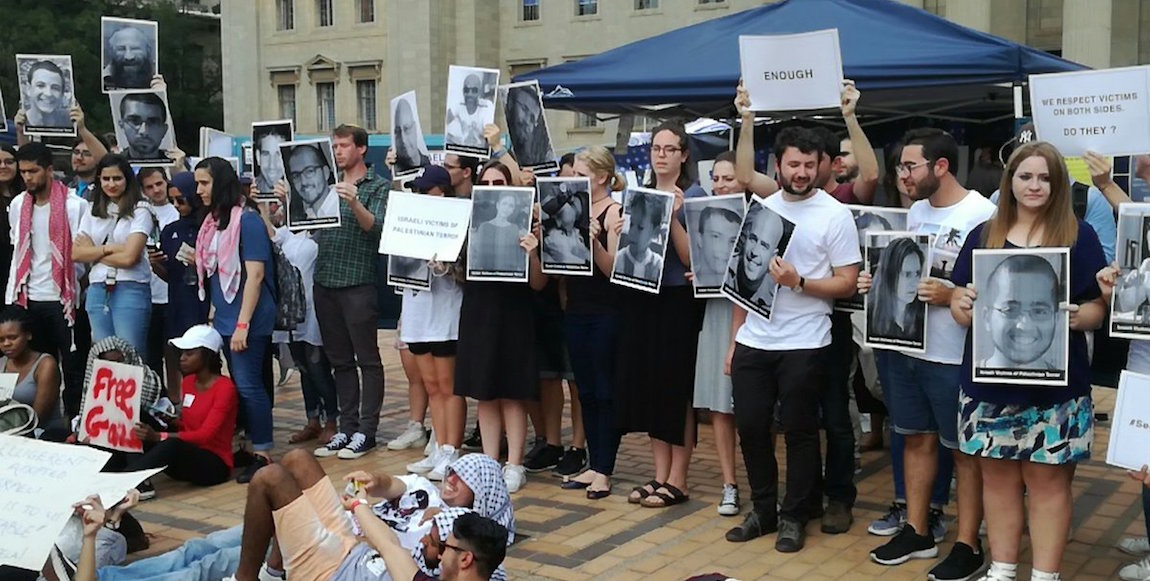 A Wits University student was filmed on Thursday performing a goose-step and Nazi strong-arm salute on campus. This comes at the end of the Israeli Apartheid Week (IAW) activities on campus, which began on Monday, 6 March.


On Friday, the Wits Palestine Solidarity Committee (PSC), Amnesty International Wits, and the Wits Muslim Student Association (MSA) released a joint statement â€œunequivocally and unconditionallyâ€ condemning the incident. â€œThis brazen anti-Semitism is an insult to the values we share and is entirely inconsistent with our opposition to fascism in all its forms,â€ the statement said.

â€œWe shall never forget the historical persecution faced by the Jewish people, nor shall we ever deny or attempt to justify the horror of the Holocaust,â€ the statement read. They said their fight is with the Israeli state and not with the Jewish people and that anti-Semitism is not representative of the objectives of IAW.

The student was a member of the MSA. The organisation has since revoked his membership and is initiating disciplinary processes against him. He is not a member of the PSC or Amnesty International Wits. The three parties said they are considering opening a case against him at the Human Rights Commission.

The student groups said there is a need to interrogate all forms of bigotry and social injustice – including misogyny, homophobia, xenophobia and anti-Semitism – within activist spaces.

Students at Wits have held demonstrations for IAW throughout the week. On Tuesday, a brief scuffle broke out between IAW protestors and members of the South African Union of Jewish Students (SAUJS), who were contesting space in which to set up their respective installations.

Behind the pro-Palestinian students are pro-Zionist students protesting against “Palestinian terror.” #IAW pic.twitter.com/bikVn51RMo

Both groups are representing different sides of the Palestian Israeli conflict. The protest is peaceful. #IAW pic.twitter.com/RtrDxzwxWW

In a statement, the university said that it had received several complaints about incidents that took place during IAW 2017. It said these matters are “internal student issues which are being managed by the dean of students in line with the university’s rules, policies and procedures”.

“We call on all parties, both within and beyond the university, to engage responsibly within the confines of the law and abide by the rules of the university.”

The Daily Vox has reached out to SAUJS for comment and this story will be updated should the group respond.