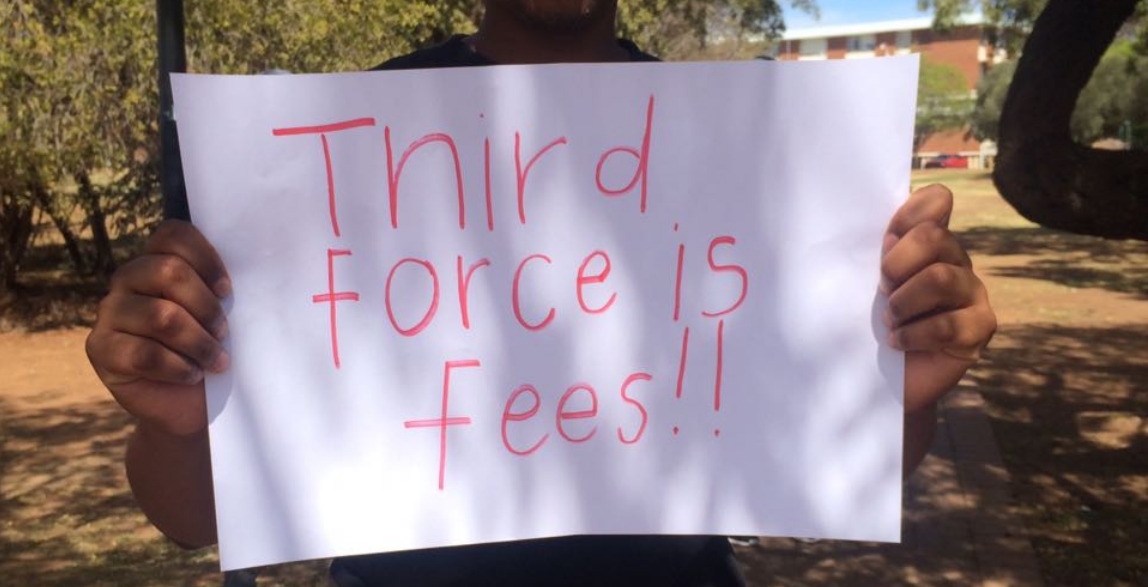 There is no easy answer to the question. Books can be filled, hours can be spent debating it – and there still might be no clear answer.

Background: The higher education sector just does not get enough funding from the state.

“It is clear enough that the crisis of higher education has a number of dimensions. The ‘economic’ dimension is all too evident. First, and most importantly, South African higher education is inadequately funded by the state,” academic and former Rhodes University Vice-Chancellor”, Professor Saleem Badat noted in an academic paper in 2016.

Background: While the entire sector is affected by the funding crisis, protests are largely university-based.

It’s not just “inadequate funding” that’s an issue – a great deal of the money allocated to higher education appears to have been misspent.

The Public Protector is currently probing irregular expenditure at the National Student Financial Aid Scheme (NSFAS) to the tune of almost R7 billion. The auditor-general found that NSFAS incurred R5 billion in irregular expenditure for the 2019/2020 period, while the figure for  2018/2019 is R3.2 billion. Acting Public Protector Kholeka Gcaleka announced her office’s investigation as students embarked on a national shutdown.

“There is ongoing investigation stemming from allegations that the NSFAS incurred irregular expenditure amounting to R7 billion […] Its senior managers lacked formal qualifications, engaged in unscrupulous procurement, and lacked internal audit independence among other things,” the Public Protector said in a statement.

Remember that time a student from Walter Sisulu University was paid out R14 million through Intellimali, a system contracted by NSFAS to pay food and book allowances to students? At the time both NSFAS and the university denied responsibility for the error – but it had to have been someone’s fault. Intellimali director Roy Jackson testified in 2019 that a glitch had caused the system error that led to Intellimali crediting the student with R14m instead of her monthly allowance. This is just one rather astonishing example of an error in the system, but it points to far deeper administrative issues at NSFAS.

For the longest time, NSFAS has just not been equipped to deal with funding students, even before it was given the duty of being the “free education provider”. It had to be put under administration by the government and even that didn’t help with sorting out any of the issues. The severely under-resourced and issue-riddled scheme just cannot carry out its duties.

Read more: NSFAS Is On Its Knees

Another issue facing NSFAS is that its time frame for approving students’ funding often does not correspond with universities’ registrations. On March 17 Wits University gave a presentation to the parliamentary portfolio committee on higher education. One of the issues raised was that NSFAS’ confirmation of funding was not aligned to the university’s registration period.

This is not just an issue related to Wits. The Daily Vox spoke to a student from the University of the Free State who only received his approval from NSFAS after the institution’s registration had closed: so he had funding approval but struggled to register.

Students’ demands vary from university to university, but there are some commonalities, National student leader Busisiwe Seabe told The Daily Vox the central demand of free, decolonised education remains the same.

“So students will be taking the language around free, decolonised education and they’re simplifying it for parents, for supporters and for everyone within the country, including the state to particularly understand what we mean by free education,” said Seabe.

Read more: What are students demanding from #FeesMustFall?

However, there are also different factions among students within individual universities and between institutions. That does confuse the issue. Different political factions at universities mean there is sometimes no centralised idea around who should be dealing with the issue. During the 2021 round of protests, some Wits students marched to the ANC’s headquarters, Luthuli House, to hand over the memorandum of demands while other students opposed this approach. A Fort Hare student leader told students to boycott the shutdown saying that “Wits and UCT” had not supported Eastern Cape universities. The factionalism within and between universities also contributes to the protests continuing.

But even with those issues, there is not denying that student demands remain the same. “There is no new set of demands that the state and the powers that be are not aware of,” said Seabe.

Universities also have a role to play. While a lot of universities do try to assist students through funds and allowing students to register despite existing debt, they also exacerbate the problem. It is often universities that call the police and private security on protesting students. This increased securitisation frequently worsens an already tense situation.

Professor Saleem Badat told The Daily Vox that universities had a responsibility to students. “The moment we accept a student into a university, it is our responsibility to support them, cater to their full needs and enable them to thrive and graduate with a high quality education. He added that if “we are not prepared to fund students and universities adequately, then don’t enrol them. (By enrolling them universities) then partly contribute to killing dreams, aspirations and ambitions and high levels of debt, especially of working class and rural poor students.”

Universities South Africa CEO Ahmed Bawa said “The reason (for the protesting continuing) is simply that we do need a government-led process to address the issue of a holistic student funding system that caters for all students who find the cost of university studies unavoidable.” The government remains the central figure who should be addressing the issue and it has, unfortunately, failed.

Badat told The Daily Vox: “The ANC has not tackled important questions rigorously and creatively, has failed to make decisive, albeit difficult, choices and it’s coming home to roost once again.”

During this week’s parliamentary committee on higher education meeting, both the minister of higher education, Blade Nzimande, and his deputy, Buti Manamela, were criticised for leaving the meeting early. The meeting centred on the challenges facing students. While it was later announced that both Nzimande and Manamela had other engagements, the entire meeting was adjourned because the relevant political entities were not present.

Seabe told The Daily Vox the main issue at play was political willingness. “There is no political support. [What] I mean is that there is no tangible legislation and funds allocated from the government side to deal with student issues. That becomes one of the basic reasons why the Fees Must Fall protests moved from 2015, ‘16 into 2021 during a global pandemic,” Seabe said.

Speaking to The Daily Vox, Wilhelmina van Dyk, a second-year full-time BA student at the University of the Western Cape said: “Protests start up, the issues are addressed then in the present. The issue in itself, where it originates and what it speaks to – that is not addressed”.

This is a major reason why the protests continue. Students raise their issues; the universities and government address some of these, and the protests end. Yet, the underlying issues never get resolved. This leads to different cohorts of students having to protest year after year, raising the same issues without any lasting and concrete solutions.

Seabe told The Daily Vox that the lack of political will made it very easy for the buck to be passed around because students cannot hold anyone accountable to implement a legislative decision.

“You can’t disconnect the student protests from the wider political economy of South Africa and the legacies that we inherited in 1994. We need to address as a society where we imagine we are going into the future and how it squares with what is promised in a progressive Constitution and radical policies since 1994,” Badat told The Daily Vox.