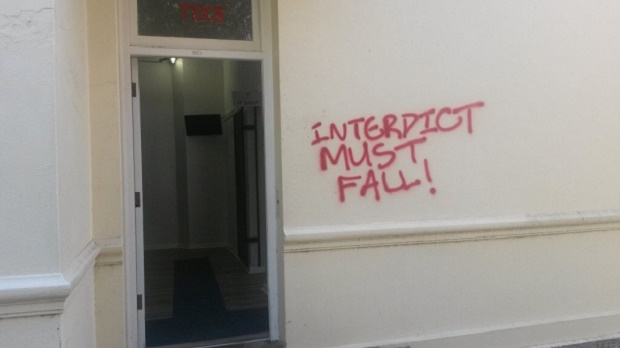 Thereâ€™s been a lot of activity in South African universities and colleges this week. MBALI PHALA sums up some of the activism going down in the Eastern Cape, Gauteng and Mpumalanga.

University of Fort Hare
Students at the University of Fort Hare gathered at the Student Centre on Tuesday to hand over a memorandum to the universityâ€™s management. The memorandum included a demand that the university release funds for meal allowances among other issues. According to Daily Dispatch, the process concerning debt clearance and financial aid for students at the university was shut down on Monday. Democratic Alliance student leader Yusuf Cassim told the newspaper that Lai-wing Albertoâ€š head of Financial Aid at Fort Hare said the agreements could not be signed due to university funds having been exhausted. â€œThis will leave poor students without the funding that they were promised and again highlights the chronic lack of funding in higher educationâ€š and in particularâ€š the poor financial management of this historic universityâ€šâ€ Cassim said.

#FortHare some damage to the massive marquee that was being set up for tomorrow’s event pic.twitter.com/xzi2ksIgLx

On Wednesday night, a marquee was set alight at the Alice campus, as well as tyres near the entrances. The fires Â were startedÂ after talks with university management were unsuccessful. Police were deployed to the campus late last night. According to the Eastern Cape police spokespeson, Lieutenant Khaya Tonjeni, 15 students have been arrested, four of whom are women. They are between the ages of 19 and 35. They are being charged with housebreaking, theft and malicious damage to property. They will appear in court soon, but the SAPS may oppose their bail. Members of the university’s SRC are reportedly on are on their way to visit the arrested students.

#FortHare SRC President Bulali Rawana says the SRC is currently on its way to visit those who have been injured and those arrested.

Students had been threatening to disrupt the universityâ€™s centenary celebrations, which will acknowledge the role played by the institution in education of Africans. President Jacob Zuma is set to deliverÂ an address during the celebrations, which the university inteds to go ahead with. Students have also threatened to boycott the celebrations if the public violence charges against 20 students, arrested during last year’s Fees Must Fall protests, are not withdrawn.

University of Johannesburg
A court interdict was obtained by the university on May 17 after its Sanlam Auditorium at Kingsway campus was torched around 2am on Monday morning. The interdict was obtained to stop any students or workers from protesting at or near the universityâ€™s four campuses. The court order prohibits protesters from blocking or stopping studentsâ€š staff and visitors from entering and exiting the universityâ€š disturbing classes and examsâ€š and carrying out actions or threats of violence against and damage to the institutionâ€™s property and service providers, among others.

Some students have expressed sadness over the burning of the auditorium as it is also used for the institutionâ€™s graduation ceremonies.

When you finally pass that 3 year degree in 7 years and you find out they burnt down your graduation venue #UJFire pic.twitter.com/z7P0922Gv1

Rhodes University
The university currently known as Rhodes has been granted an extension on the interim interdict taken out against protesting students during the #RUReferenceList protests.

For those who haven’t heard, the court hearing for the #RUInterdict was today. The interdict has been extended until the 1 September.

The interdict prohibits protestors on campus from unlawful activities such as intimidation, assault and vandalism. The Oppidan Press reported that university staff opposing the interdict have until June 6 to come up with an opposing affidavit. The university will have to respond to within 10 days of receiving the affidavit. â€œOur job now is to look into the (costly) options of opposing, and try to meet with management to see if we canâ€™t get them to lift (or â€œdischargeâ€) the interdict,â€ university staff Corinne Knowles told Oppidan Press. This week also marks a month since the #RUReference list was released.

On May 17, students occupied Jan Smuts residence, where a student named on the #RUReferenceList lived. The student, who was part of the SRC and a sub-warden, was later relieved of his duties as sub-warden and evacuated the residency.

We are currently occupying the corridor of the residence of Jason Manyenyeni who is listed on the #RUReferenceList pic.twitter.com/3rDehs6HOz

The occupation came after students who occupied the SRC offices last week were issued with a letter requesting that they end that occupation.

The protest didnâ€™t go on for long, with some students reportedly going back home several hours into the protest.

#TvetStrike some students have decided to go home, others have remained. Still unclear whether management is coming pic.twitter.com/GvN6m0kfDn

University of Mpumalanga
Outsourced workers, supported by students from University of Mpumalangaâ€™s Siyabuswa Campus will down tools on May 19 to hand over a memorandum to the universityâ€™s management. Student activist Vusi Mahlangu said the decision was prompted by the success of other workers from various universities, who had achieved insourcing by universities after staging #OutsourcingMustFall protests. The memorandum will include these demands by the workers: to be insourced by the university, resulting in permanent employment, a minimum wage of R10, 000 per month, and to receive the same benefits as those enjoyed by other permanent staff and academics of the university.