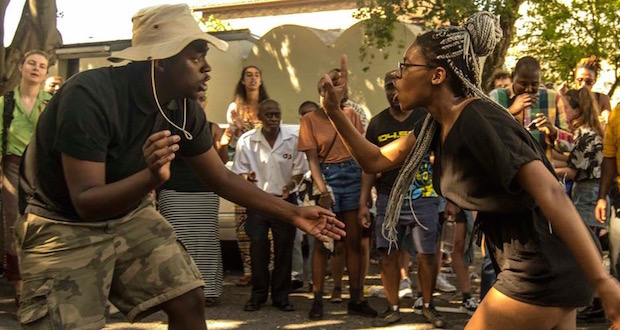 The Fees Commission has been in session this week but the purpose of the commission is being questioned by students. Students feel the score so far is:

The Fees Commission was set up by President Jacob ZumaÂ in response to student protests against the rising cost of tuition. Yet the commissionâ€™s purpose from the beginning was only to assess the â€œfeasibilityâ€ of free education.

For students, however, the question was never whether #FreeEducation is possible, but rather, in what guise a system of free education should be implemented and what exactly the path towards realising it is.

â€œMy feeling is that often these commissions just get set up so that things happen on paper to excuse the institution and kind of derail movements,â€ said Kyla Jade, a student journalist from South African History Online.

Commissions are historically seen as means of sidelining issues

There are however several concerns relating to the legitimacy of South African commissions in general. Vusi Mahlangu, a #FeesMustFall activist, points out that our track record of such commissions does not bode well.

Mahlanguâ€™s sentiments are not isolated. Much of the #FeesCommission debate featured students, activists and the general public expressing deep skepticism of the processes unfolding before them.

“Commission” is becoming buzzword for govt when there is no political will but also public pressure #FeesCommission https://t.co/HkzjpwXGOE

As progressive academics have arguedÂ , the official Ministerial Task Team â€“ set up parallel to the Fees Commission to advise Nzimande on a way forward â€“ is made up entirely of economists. This further raises questions about the legitimacy of the commission, as this task team is advising Blade prior to findings from the commission being put forward.

It also leads us to the question of how those who are directly affected by fees not included in the decision-making process that determines it?

â€œI think we need to be very skeptical of whoâ€™s in this commission and task team. We are the experts on what it is to be a student â€“ to some big official weâ€™re just a statistic. But it actually affects us on a personal level. We are the ones who are living with the constraints set about by inaccessibility,â€ said Rheumle Biagini, a 1st year student at Wits University.

In the first sitting of the Fees Commission, Wits Vice Chancellor Adam Habib, along with his panel of academics presented their â€œHybrid Modelâ€ which proposed more options for school leavers away from university. According to their presentation, reservations about student loans to fund educations are unfounded. In Habibâ€™s view, university education is not meant for everyone – yet the issue was never about whether all should attend, but rather whether the option remains accessible to all those who choose to.

The possibility of crippling student debt must, however, be given due consideration as the reality of â€œdebt slaveryâ€ that many US students currently face, could prove disastrous here. Many students who do not have economic privilege will have further costs weighing over them after graduation. These costs of having to pay back loans impact their social mobility and thus add to the entrenchment of systemic inequality.

In a country such as ours where unemployment continues to cripple development, it seems academics – like Habib – are once more willing disregard the voices of students in order to protect the economic status quo.

â€œ[Student debt] is something that is geared off of global capitalism, which is born in a sort of western framework and doesnâ€™t lend itself to the particular needs of a country such as SA,â€ said Phumlani Pikoli, an activist and journalist.

Academics and students question who would bear the brunt of student debt, saying that it would mostly disenfranchise those from rural backgrounds, the majority of our black working class and our most vulnerable communities. All of this, of course, further perpetuates South Africaâ€™s legacy of historic inequality and structural violence.

The collective voice of youth towards the #FeesCommission and Bladeâ€™s Ministerial Task team might be best summarised thus:

So. Are still pretending that this #FeesCommission is going to be fruitful?