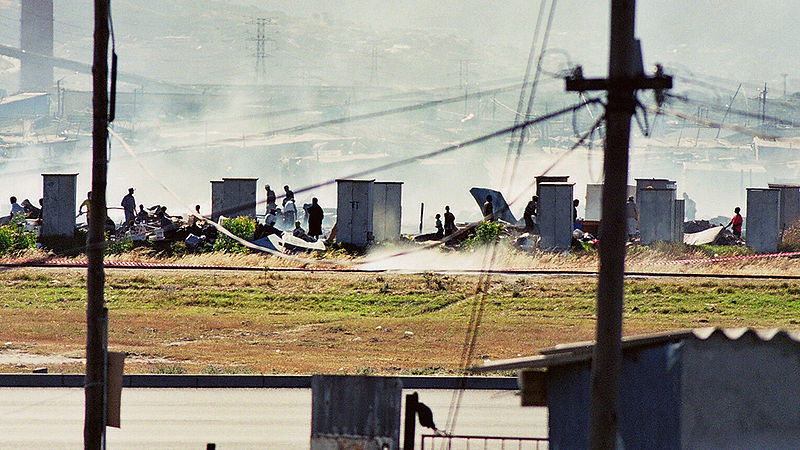 On October 10, an estimated 2,000 people were left homeless when 500 shacks burnt down in the Kya Sands township, Johannesburg. The exact cause of the inferno was unclear, but for these 2,000 people, life was changed forever.

Shack fires break out each day in South Africa, and all too many people suffer permanent injuries or even death, because of them. According to the Medical Research Council about 1,300 deaths occur each year as a result of burn injuries.

But thanks to a new device which detects uncontrolled fires in shacks, these devastating events could be prevented in future. The Lumkani, which costs R90, activates devices in surrounding shacks within 20 seconds if a fire is not immediately brought under control.

The device is not triggered by controlled fires, such as those commonly used for cooking or heating water in informal settlements. Instead, it reacts only to rapid increases in heat.

The person behind the device is University of Cape Town student Francois Petousis, who took up the challenge of developing a cheap fire detector that could be mass produced for his engineering thesis topic in 2013.

Speaking to GroundUp, Petousis said the Lumkani was effective because it uses low frequency sound to wake people up from their sleep.

â€œPeople are often not aware of the fire when it begins, and that is when the fire can be fought more easily.

Petousis and the small team working on the Lumkani have already won recognition for the device. The Lumkani won the People’s Choice AwardÂ in the Global Social Venture competition at the University of California, Berkeley in the United States earlier this year. It is due to be piloted in Khayelitsha, in the Western Cape, shortly.

– Featured image via Wikimedia commons, image of Lumkani via the Lumkani website.