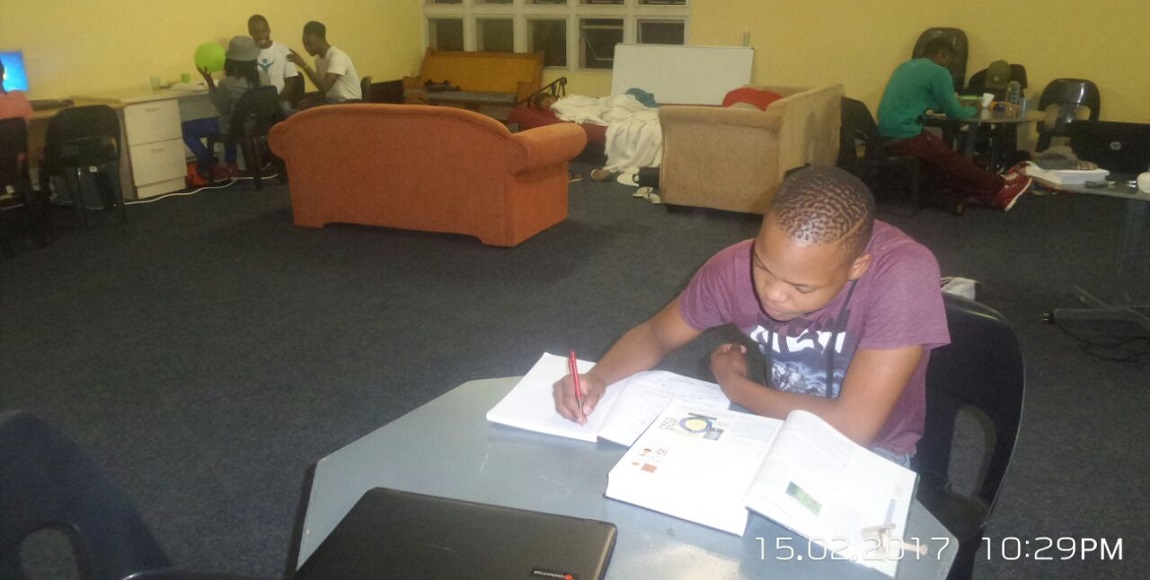 On Wednesday, relief organisation Gift of the Givers donated hygiene packs to the students without accommodation at the University of Pretoria (UP). Some students have found refuge at the Elim Church after they were chased away from the Student Centre by campus security and bouncers, where they had been sleeping earlier this week.

All students who need residence placemet should go to the Piazza at 12, an NGO will be handing out basic hygiene packs #UpresCrisis

â€œA few days ago, we decided to sleep in the Student Centre; we were tired of sleeping where we were sleeping and bothering people. Bouncers and campus security came and started harassing us,â€ said third year UP student, Mathapelo Maganedisha.

Management said what became known as the #UPResCrisis was all staged. It says it has footage that shows students pretending to be asleep, while others take pictures of them.

â€œWe also have reason to believe that the pictures of students apparently without accommodation on social media have been staged,â€ it said in a statement.

â€œI don’t understand how you can say someone is doing a photoshoot and pretending they don’t have a place to say when they have a bed waiting for them. To them we are just playing around [and] we want attention,â€ Maganedisha told The Daily Vox.

Maganedisha is one of the students who is without a place to stay at UP. She lived in a campus residence last year but is still on the waiting list to be placed in the same residence this year.

Clara Matunhu of the Gift of the Givers told The Daily Vox that they had given out 85 hygiene packs on Wednesday.

â€œWe received an email saying students don’t have accommodation and toiletries so we responded and gave them hygiene packs,â€ she said.

The organisation is also donating food to the students.

Pastor Immanuel Landman of the Elim Church told The Daily Vox that they have 28 students staying at the premises, one of whom is pregnant.

â€œI have emailed the names of the students to the University to see if they can assist us and resolve the issue as quickly as possible,â€ he said, â€œthe students obviously can’t stay like thisâ€.

#UPResCrisis we would like to extent our thanks to the pastors and leaders at Elim church for opening their premises to house students ðŸ‘ pic.twitter.com/k49INSAa4j

She knows of one private accommodation in Sunnyside that is affordable for NSFAS students but said it is â€œnot in good condition for any human to stay thereâ€. She said the beds are made of bricks and that there are complaints of insect bites.

Students without university housing, that live in areas far from campus or in other provinces, cannot afford to travel to class every day, said Maganedisha.

The minute you say “students who live in Pretoria must travel” you forget there’s bo Soshanguve and Mabopane then what?#UPResCrisis

Like all universities in South Africa, UP says its residences can only house approximately 15% of the student population. â€œFor this reason, some of the key criteria used by the university in residence admission is academic eligibility, academic achievement, financial need and year of study with preference given to first years,â€ the university said.

â€œWe are performing academically, we are deserving of residences,â€ said Maganedisha. She said students were promised an audience with management by the Temporary Student Committee earlier this week but it hasn’t happened yet.