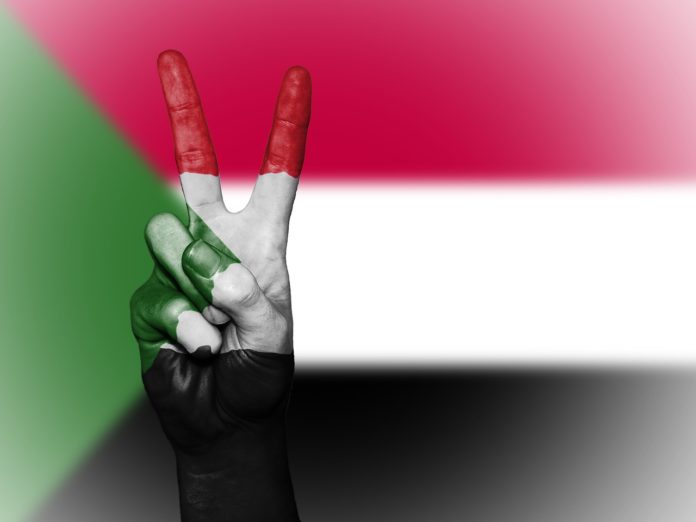 Protesters in Sudan launched a civil disobedience campaign against the transitional military council (TMC) on June 9. Protest leaders and opposition groups called for people to stay away from home. This came on the back of the military’s violence against the protest camps. The negotiations broke down between the council and the protestors with the violent on June 3.

In April, Sudan’s dictator for more than 30 years, Omar Al-Bashir, was removed from power. A transitional military council was put in place. Protests have called for a majority civilian council to be formed. For weeks protestors have held sit ins outside the military headquarters in the capital Khartoum. The military used violence to disperse the protestors.

Reem O. M. Gaafar is a Sudanese doctor, writer and documentary filmmaker currently based in the UAE. Ramey Dawoud is a Sudanese hip hop artist and actor. The Daily Vox spoke to them about the current situation in the country.

Situation on the ground

People are prepared for the open civil disobedience, Gaafar said. “The government has already started arresting people and have reportedly forced aviation staff to work at gunpoint to keep the airport open.”

From 2003 until the present day, a genocidal civil war has taken place. This refers to the  killing of Darfuri men, women, and children.  Between 80,000 and 500,000 were killed with over three million people displaced.

Gaafar says it feels like the events of Darfur are coming to Khartoum. “RSF and other armed men are roaming the streets in pickup trucks, uniformed and plain clothed, carrying guns and whips, terrorizing whoever is unfortunate enough to come across them,” she said.

While communication is low with people on the ground, reports are that the soldiers “are breaking into homes, shooting and beating people and stealing their belongings, and there have been reports of rape,” says Gaafar.

“I was speaking to a friend of mine a few hours ago and she told me they had been woken up at 3 am this morning with the news that people were being beaten and killed near the Nile behind their houses,” she said.

Both Gaafar and Dawoud says they have received reports that the soldiers have been leaving weapons behind in communities to cause violence.

“This is something that reportedly happened in Syria to trick people into taking up arms to defend themselves or attack these people. This would therefore give the TMC justification to use more force and turn it into a bloodbath,” Gaafar said.

The protests and the people have been peaceful ever since they began in December 2018.

“We’ve been promoting non-violence. It’s gotten us this far and non-violence is the way to finish this off,” he said.

Gaafar said the June 3 violence was not a pushback against protestors but this was “obviously premeditated”. She says there have been reports that the council were preparing to violently disperse the sit-ins

“People on the ground and the footage of the dispersion circulating online showed a huge number of people – the general estimation is around 10,000 – and hundreds of cars with licence plates belonging to the army, RSF, National Intelligence and police, and their approach was systematic and well studied,” she said.

Dawoud says the military council are the Al-Bashir regime. “Bashir may have been removed but the regime is still in power,” he said.

Speaking to The Daily Vox researcher Ebrahim Deen says the leadership of the TMC met with the Saudi Arabian government just ahead of the violent pushback against protests.

Dawoud echoed this saying that he believes the council were given the green light from several other nations to go ahead and be violent against the protestors.

“We have countries that have a vested interest in Sudan. They know that if the people were to come out victorious and the military rule is no longer, these people will no longer benefit from Sudan. They are trying to protest their investments,” he said.

What do the Sudanese people want?

For the first time since the Sudanese people were under the thirty-year rule of Al-Bashir there is united voice from the people. The people have been calling for “a complete transition to a technocratic civilian government. Complete dissolution of the National Intelligence Security apparatus, the Rapid Support Forces and all armed movements outside the official police and army bodies. Dissolution of the TMC itself, and their admission that they were behind the violent dispersion of the sit-ins and responsible for the hundreds of deaths and injuries and disappearances. And of course an independent body to investigate the violence.” says Gaafar.

“The major difference between this uprising and previous uprisings attempts is the wisdom that comes with it. We’ve called this the revolution of wisdom because people are much more aware of what is going around,” said Dawoud. He adds the protest leaders have said they will not return to negotiations with the council because “there is no more negotiating with murderers, rapists, killers.”

Response from the International Community

Dawoud says people around the world have a duty to be sharing what is happening in Sudan as “there is no media in Sudan.”

“The world has to know what’s happening on the ground. We don’t want to go through the same mistakes that our neighbours went through. There are limits to what we can do but a viral post can go a long way,” he said.

Gaafar says the international community needs to “consistently refuse to recognise the military council, or tolerate its presence on any level.”

“They should also pressure countries that support the TMC and make it clear that this is unacceptable,” she said. This includes Saudi Arabia, Egypt, and Chad.

However, Gaafar saying even getting them to condemn anything is a feat of its own because “they (international community) couldn’t care less about democracy in Africa.”