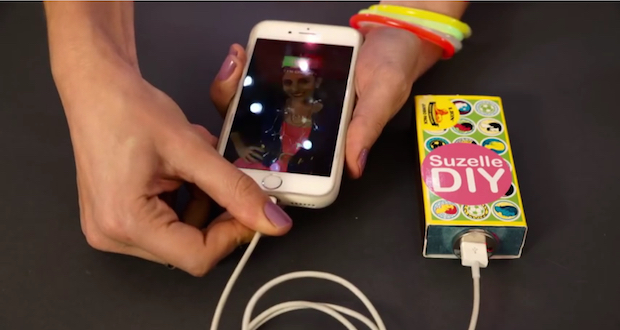 The last thing anyone wants to come home to is loadshedding – no hot shower, no warm dinner, and worst of all, no Uzalo. But while most of us spend our loadshedding hours next to gas heaters, using up the last of our cellphone batteries to angrily hate-tweet Eskom and City Power, SA’s quirkiest DIY maven, Suzelle DIY, has a worked out a new way to cope with the blackouts.

In the video, Suzelle, whose series of quirky DIY videos gives viewers tips and tricks on everything from how to make cauliflower-based pizza to how to make your own spit-braai, shows viewers how to make lamps from paper cups and torches from milk-cartons. The most appealing DIY idea though has to be the phone charger made out of a car charger, a battery and a matchbox.

You want to watch this.

– Featured image: screenshot from the video