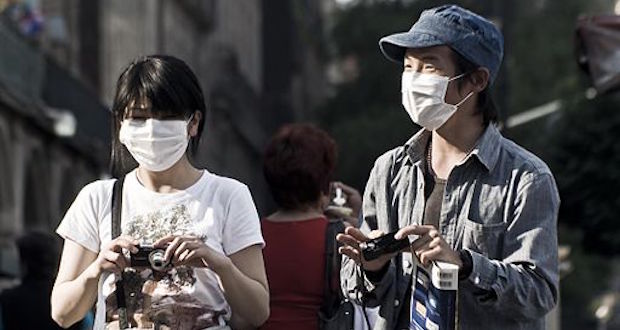 Kashmiris are blaming the government for the rise in swine flu cases over the past four months, after the first case was reported at the countryâ€™s only tertiary hospital, Sheri Kashmir Institute ofÂ Medical Sciences. So far 181 people have tested positive for the diseaseÂ in Kashmir, resulting in seven deaths; and more than 1,100 people have died throughout India. RIFAT MOHIDIN asked Kashmiris how they are coping with the outbreak. Manzoor Ul Hassan, 26, health reporter, Srinagar
Officials were continuously in a denial mode since the day H1N1 flu patients started reporting to hospital outpatient departments. During my research I found H1N1 and other flu cases started emerging in October 2014, immediately after the deluge last year that killed many and left thousands homeless. Local and national media attention helped people to take the necessary precautions and demand for facilities. Unfortunate the delay and denial by the authorities led to 10 deaths in the state. I wish the authorities start doing something concrete for next year rather than doing fire fighting measures at the eleventh hour. Sameer Ahmad, 27, travel agent, uptown, Srinagar
I have stopped socialising or interacting with the people except in cases of extremely important work as a result of the outbreak of swine flu. The most dangerous aspect of the disease for me has been the complete denial and then post-outbreak recognition of the disease by the state health department. There is only one laboratory where the samples of suspected swine flu patients are analysed, which is too little compared to the population of the valley. Worsening the situation was the lack of awareness about precautions people should take to avoid the spread of disease. Even a week after the outbreak of the disease, people don’t know which types of masks they should wear. This is why I am avoiding going to crowded places. Many have quit going to mosques even. Insha Latief, 22, student, Old Vity, Babdem
After the floods, now it is swine flu which people have to tackle. The influenza has not just affected only those who have contracted the disease, but has also mentally affected the whole population. Kashmir is a place where the health sector is under development and people are doing everything on their own to protect themselves. I have literally locked myself in one room for many days. I donâ€™t prefer to go out even if it is important work. I have no other option left. Swine flu and such diseases can, in future, only be avoided if government providesÂ vaccines to people on time. Aqib Javed, 22, student, North Kashmir, Bandipora
People were kept in dark about the outbreak of this disease but now we have sought help from different experts about coping up with it. I have stopped visiting my friends or attending social gatherings. I have also stopped visiting at hospitals due to the risk of contracting the disease. There is shortage of vaccines and even masks and hand sanitisers. There are no vaccines available for kids. Students have stopped going to schools or tuition. Even if someone falls ill, there are even not even supplies of Tamiflu vaccines. People have been left at their own mercy due to the ailing health care services in Kashmir. Mohammad Sadiq, 46, spice vendor, Srinagar
I am using traditional methods to deal with the disease. I have been dealing with spices for the last three decades and I believe traditional methods are more effective and do not cause harm. I mix the greenÂ cardamom with alum and rub them in a cloth and then inhale the smell from the cloth; it keeps away the germs and makes the immuneÂ system more resistant. There are still people who believe in dealing with such things in a more traditional way, which has increased the sale of alum and green cardamom in last few weeks. People should take measures at their own level, without depending on government to control the spread of this disease. Khalid Khan, 23, university student, Maisuma
We are staying at home. We have also started using hand wash and sanitisers, taking healthy food and fruits that make the immune system strong. All kids at home have been told to remain indoors. There is so much chaos as people do not have proper information and awareness regarding what to do. The government failed to deal with the outbreak in a timely manner, which could have prevented the deaths. It can be controlled by proper awareness as clerics in mosques have also started making people aware about it.

* Voxes have been edited for brevity and clarity.
– Featured image of tourists during a swine flu outbreak in Mexico City, via Wikimedia Commons.