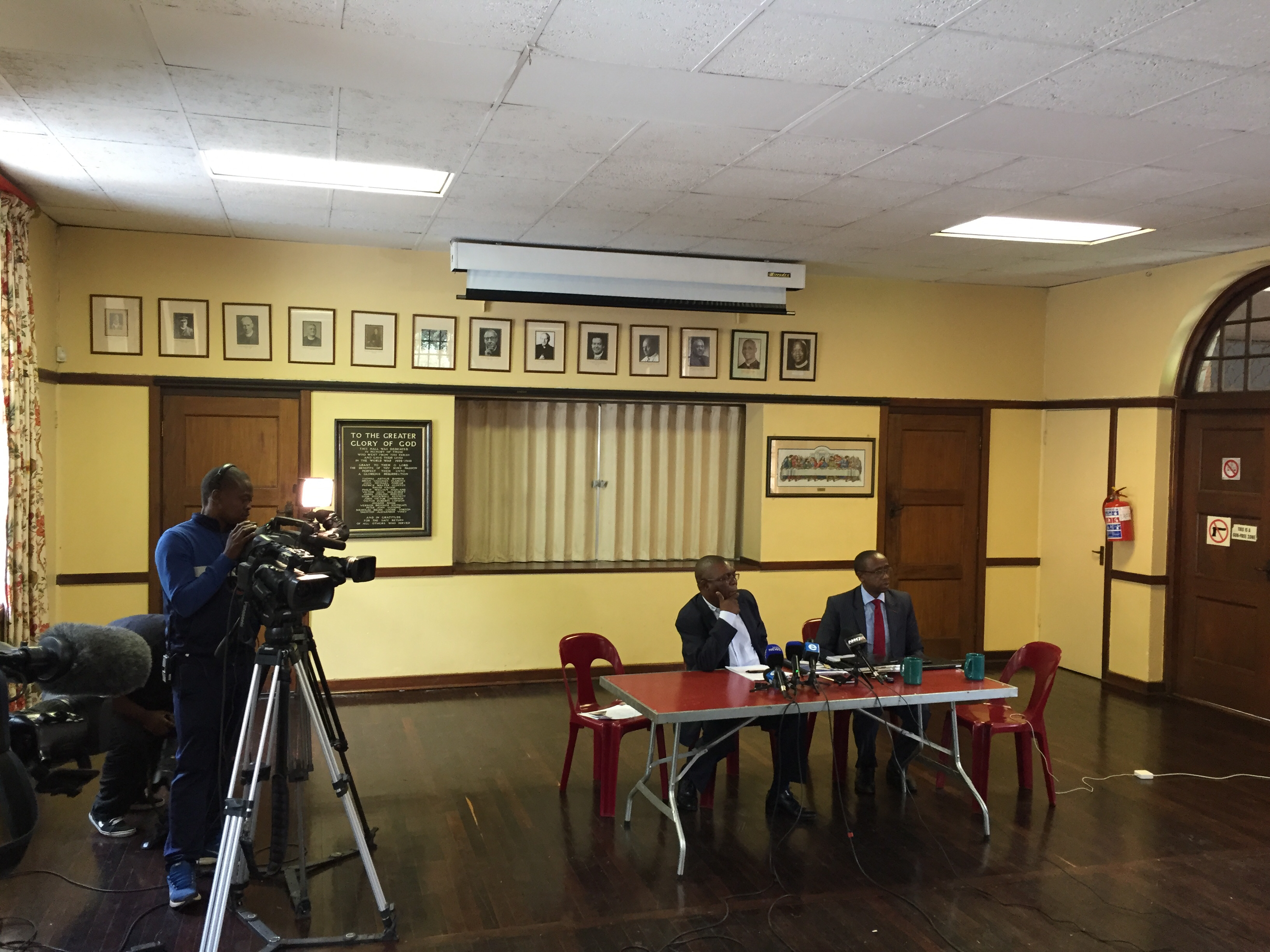 The politics of memory were on full display at a press conference hosted by the former safety and security minister Sydney Mufamadi – an often tense and angry three-act play in which the documentary filmmaker Pascale Lamche and the veteran journalist Thandeka Gqubule spoke out for the first time after the death of Winnie Madikizela-Mandela on 2 April 2018 opened up old wounds inflicted during and after the end of apartheid.

The death of Madikizela-Mandela ignited interest in Lamche’s otherwise somewhat obscure documentary Winnie, which was essentially the great struggle hero’s corrective on her legacy. In it, former members of the apartheid security police (especially the unit dealing directly with psychological attacks against the anti-apartheid movement, Covert Strategic Communications, or Stratcom) describe a dirty tricks campaign that was meant to isolate the perceived radicals in the party from the ‘centrist’ faction, which apparently the apartheid government was happy to cede power to. This campaign included entirely fabricated stories that were planted in local and international media to discredit Madikizela-Mandela.

Madikizela-Mandela herself interpreted her critics in the media and even broader mass democratic movement as “doing Stratcom’s work for them”, and names the former chairperson of the Truth and Reconciliation Movement, the Archbishop Emeritus Desmond Tutu, the Weekly Mail (which broke the story of the murder of Stompie Seipei at the hands of Madikizela-Mandela’s bodyguards) and its editor at the time Anton Harber, and the journalist who broke the story, Thandeka Gqubule.

Though the documentary was released in 2017 and trod the international film festival circuit well, it had no real effect in South Africa – until Madikizela-Mandela passed away. It was broadcast on DStv and free-view television, and suddenly became the topic of heated political debate. The Economic Freedom Fighters released a statement accusing Gqubule of being a Stratcom operative, and the issue was compounded by Huffington Post SA releasing new footage of an interview with Madikizela-Mandela, in which she claims that the Weekly Mail and its journalists were working with the apartheid state to discredit her. (The video was taken down and an apology issued to the journalists for failing to give them a right of reply.)

What offended Mufamadi though, and prompted the press conference, were claims by former apartheid police that he, as minister of safety and security, had in 1995 ordered the former head of the murder and robbery squad Henk Heslinga to reopen the Stompie murder investigation and Madikizela-Mandela’s role in it. This was in spite of the fact that Jerry Richardson the head of the Mandela United Football Club, the notorious bodyguards, was already serving jail time for the murder.

It was Tony Leon, the leader of the Democratic Party at the time, who had approached George Fivaz the police commissioner, to reopen the case, Mufamadi said.

He also rejected the assertion by former Security Branch police officer Paul Erasmus that it was Stratcom’s dirty tricks campaign that led to the United Democratic Front issuing a public statement in 1989, distancing itself from Madikizela-Mandela.

He said it had been the African National Congress itself which had tried to warn Madikizela-Mandela that her so-called bodyguards were ‘obviously’ working for other interests. She refused to heed their advice.

“There was a time when the mass democratic movement got worried about things that were happening around Winnie – we had every right to be worried – things being done by the Mandela United Football Club in the name of Winnie, and by extension in the name of the movement,” he said.

“The decision to distance the mass democratic movement from her came from that,” he said.

However, the ANC never abandoned her, Mufamadi said.

Julius Malema Lashes The ANC For Its Treatment Of Mamâ€™ Winnie

These explanations – directly contradicting the narrative of the documentary – appeared to anger Lamche, who repeatedly questioned how Mufamadi could assert that he had nothing to do with the decision to reopen the Stompie case in spite of the fact that had had been minister of safety and security. In comments made to eNCA after the press conference, she seems to conflate the office of the minister, and the police commissioner, saying that it didn’t seem possible that Leon, an opposition leader, could ask for such an enormous and expensive investigation to be opened without the permission of the minister.

Stratcom’s people were not credible witnesses to our history, Mufamadi said in the press conference, saying that even after 1994, the police were working to defeat the Truth and Reconciliation Commission, under the mistaken belief that the police should involve themselves in politics.

He said: “We must not be misled by people who were opposed to our freedom, into thinking that we must act according to what they tell us about us. That is really the message I wanted to convey to the people of South Africa.”

A visibly angry Gqubule revealed at the press conference her plan to approach the courts to get all of Stratcom’s files declassified. She also said in an interview after the conference that she would be taking the EFF to court for naming her a Stratcom operative.

Mufamadi’s point – delivered in his languid style – was that the confessions of Stratcom and the security branch about what they did to Madikizela-Mandela nonetheless meant that we were continuing to remember her as apartheid intended us to. Lamche, by failing to give right-of-reply to Mufamadi and other ANC leaders, inadvertently colours the public perception as it is now, in the hue of the apartheid police. At the memorial services for her in Brandfort and Soweto, all the speakers reiterated that it was the masses of our people who preserve her memory as it should be.

Perhaps inevitably, this documentary will continue to be the source of furious invective for a nation where the wounds of apartheid are still far too fresh in people’s minds. If the press conference on Monday was any indication, the difference between information and misinformation, between outing apartheid spies and (ironically) hurting the very people who were working to expose their dastardly deeds, is paper-thin. As the nation grieved, that line was crossed multiple times. And people have been hurt as a result.